This year, Israel’s famous air defence system Rafael’s Iron Dome, celebrated a decade of protecting the Jewish state. For ten years, the Iron Dome has been at the forefront of Israel’s security, successfully intercepting over 2,500 rockets, protecting towns and cities and preventing extensive property damage. And most importantly, saving lives!

The great need
During the 2006 Second Lebanon War, approximately 4,000 rockets were fired by Hezbollah into northern Israel. The barrage killed 44 Israelis, uprooted 250,000 and confined a million to bomb shelters. In the south, more than 8,000 rockets and mortars were fired at Israeli civilians from Gaza between 2000 and 2008, mostly by Hamas, and a million Israelis in the south were within range. The need for a short-range missile defence system became essential. In 2004, Brig. Gen. Daniel Gold had the idea for the Iron Dome and helped persuade politicians and financial backers to support the concept. Rafael Advanced Defense Systems working with the IDF took only 2.5 years to develop the Iron Dome. Today, it is the world’s most deployed missile defence system.

Iron Dome’s uniqueness
The Iron Dome is truly ground-breaking. It is the only multi-mission system in the world, meaning it can defeat various kinds of short-range missile attacks. It has been adapted for land and naval air defence, protects Israel 24/7, operates in all weather conditions and can respond to multiple threats simultaneously.

How it works
The Iron Dome system works in three phases. An advanced radar is constantly scanning the skies for a potential threat. When it catches one, a transmission is sent to two war rooms – the Home Front Command war room, which is in charge of sounding the alarm in residential areas, and the Iron Dome war room, where a soldier and an officer need to make a quick decision as to which ammunition should be used to intercept the threat while it’s still in the air. If you have seen footage of rocket attacks against Israel, you have likely seen Iron Dome in action. The flash of light in the sky is usually a sign the missile has been intercepted. 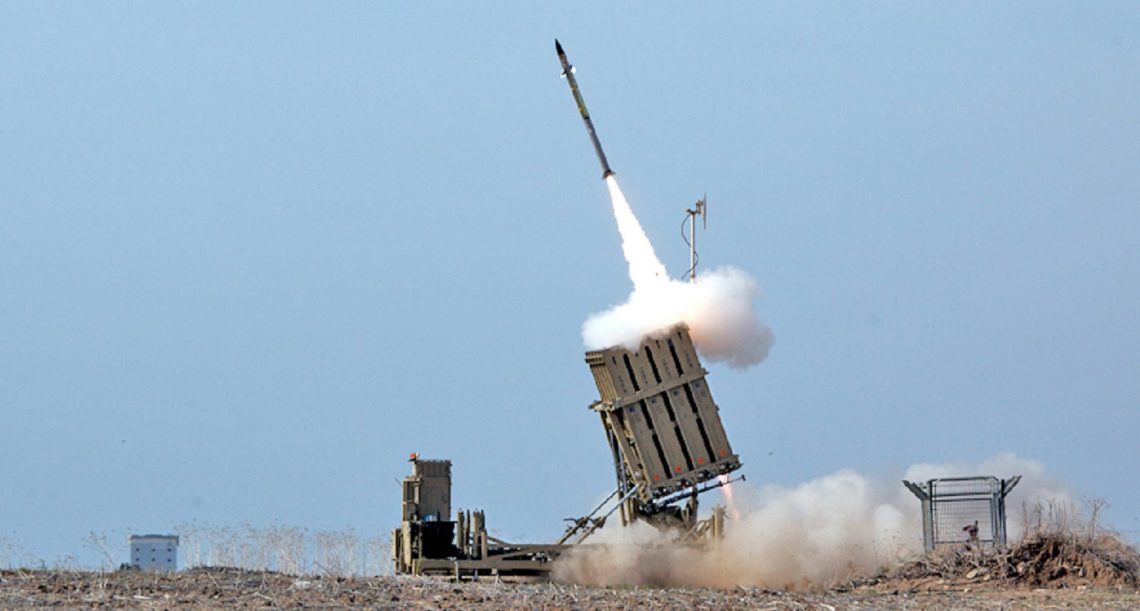 The people
Let us not forget that there are people behind the Iron Dome’s operation. The IDF’s 947th Battalion must be ready to act in seconds to keep Israel safe. Lt.-Col. Yehonatan, the battalion’s commander, told Jerusalem Post how new soldiers are taught how to make the “switch” to respond within seconds: “You need to be vigilant 24/7, 365 days a year, without knowing when the next incident will happen. You should always be ready to move from “zero” to “one” in zero seconds.” A “long event,” Yehonatan said, is not more than 10 seconds, “In this time they need to understand whether the threat is real or not; where it is heading to, and whether it’s an area that requires protection; and what is the right ammunition to use. Usually, it’s about two to three seconds.” Yehonatan added that one of the main goals for his battalion is to ensure the “operational continuity” of the country and its “national strength.”

New threats
For ten years, the Iron Dome has evolved to meet the need of new threats. The fact that Israel is constantly being forced to use the system in real-life events means its manufacturer has been able to improve and fine-tune the system from live experience. The Iron Dome comes in a number of versions, the main one being a stationary unit consisting of a radar, missile control unit and launchers in a permanent location, but there is also a mobile version deployed on military trucks. The creation of the C-DOME naval version in 2017 means Israel can now also protect vessels and oil rigs at sea. Although it was first developed to counter rockets fired from Gaza, it has also been deployed at the northern border. In December 2020 Israel announced the Iron Dome system had managed to intercept a cruise missile, a powerful long-range missile that travels high in the atmosphere.

Supporting allies
In 2019, Israel and the US signed a deal for the purchase of two Iron Dome batteries for the US Army with the units being delivered in 2020. Other countries have also expressed an interest with agreements reportedly being signed with Romania, India and the Czech Republic.