Trump, Abbas, Iran, North Korea and learning from past mistakes 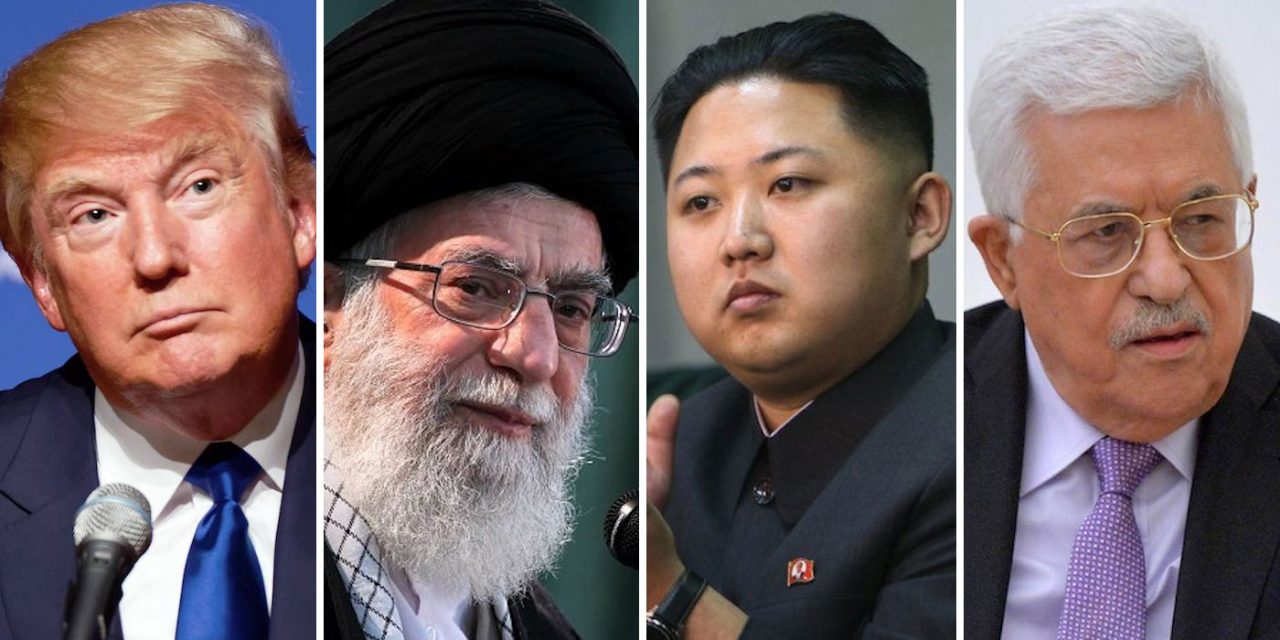 White House Press Secretary Sean Spicer announced yesterday that President Donald Trump and Palestinian President Mahmoud Abbas will meet at the White House on Wednesday, May 3rd.  The presidents will discuss “a conflict-ending settlement between the Palestinians and Israel.”

Meanwhile, there are unconfirmed reports that advisers to President Trump are developing a list of demands to present to Abbas.  Among them are:

That is a good start.  But I hope the administration is realistic in its expectations.  Many Palestinians simply do not want peace with Israel.

For example, two Palestinian sisters were arrested yesterday at a security checkpoint at the northern end of the Gaza Strip.  The women had been granted permits to enter Israel by compassionate Israeli government officials because one of the sisters is suffering from cancer and seeking treatment at an Israeli hospital.

Israel’s compassion, however, was betrayed.  A search at the checkpoint discovered explosives “hidden inside tubes labeled ‘medical materials.'”

Sadly, this shocking example of Palestinian extremism is not at all unusual.  It is a daily occurrence.  It is the predictable result of a society steeped in anti-Semitism and of a culture that worships death.

Learning From Past Mistakes

With North Korea in the news, Harvard Law Professor Alan Dershowitz is warning members of Congress to learn from our past nuclear mistakes.  The Clinton Administration negotiated a nuclear agreement with North Korea in 1994.  Not surprisingly, the Stalinist regime cheated.  Now it has nuclear weapons, while thankfully lacking a reliable means of delivery.

In 2015, the Obama Administration negotiated a nuclear deal with the Islamic Republic of Iran, the world’s leading state-sponsor of terrorism.  Iran has a well-documented history of cheating on agreements it has signed.

As Professor Dershowitz notes, “A nuclear Iran would be far more dangerous to American interests than a nuclear North Korea. Iran already has missiles capable of reaching numerous American allies. They are in the process of upgrading them and making them capable of delivering a nuclear payload to our shores.”

To address this threat, as well as the reality that the 2015 Joint Comprehensive Plan of Action merely delays Iran’s nuclear ambitions, Dershowitz is calling on Congress to authorize military strikes if the radical regime ever crosses any nuclear red lines.

Given President Trump’s obvious willingness to enforce red lines against the use of weapons of mass destruction, perhaps the tyrants in Tehran might think twice about cheating on this deal.  Of course, even if the Iranians don’t cheat, the deal will result in a nuclear Iran in a decade.