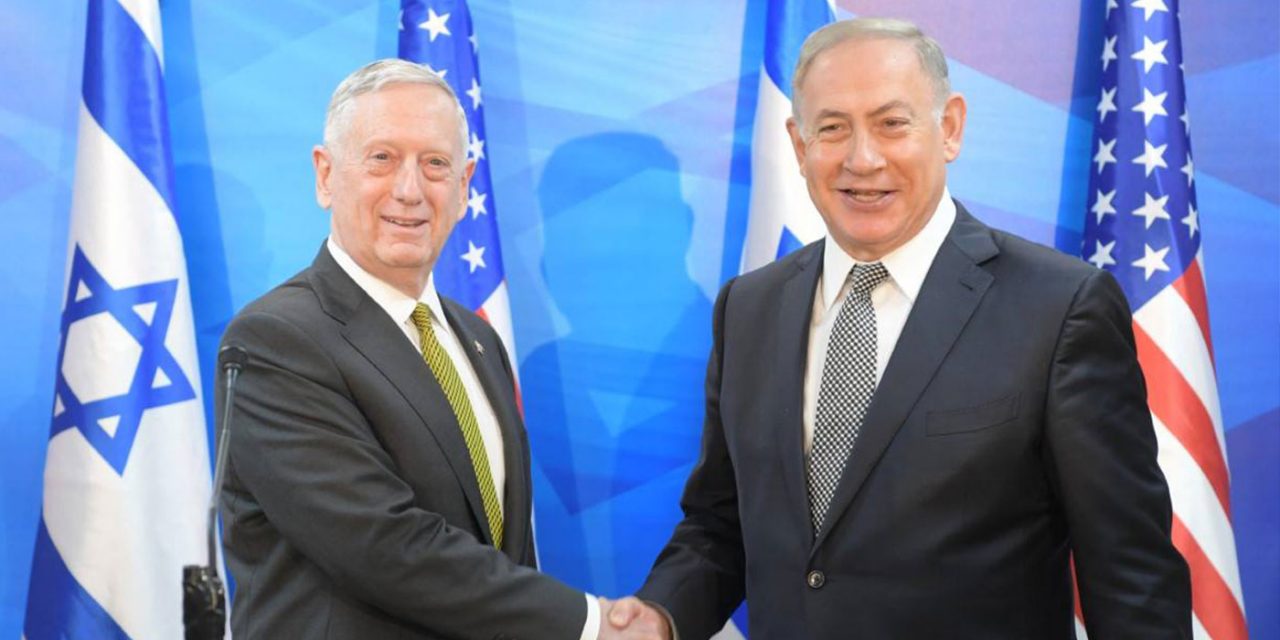 Prime Minister Benjamin Netanyahu met this morning in Jerusalem with US Secretary of Defense James Mattis and made the following remarks at the start of their meeting:

“Israel has no better friend than America. America has no better friend than Israel. And this is a partnership based on common values in the deepest sense of the word. We sense a great change in the direction of American policy. We know that the very clear and forthright words, Mr. Secretary, that you had to say about Iran, this follows very strong and forthright words on the part of President Trump and very forthright deeds against the use of chemical weapons by Iran’s proxy, Syria. This has been appreciated around the world and in our region. I think this is a welcome change, a strategic change of American leadership and American policy.

We have common values and also common dangers. The common dangers are based on the twin threats of militant Islam – the Shiite extremists led by Iran and the Sunni extremists led by Daesh. We are committed to thwarting these dangers as we are committed to seize the common opportunities and great opportunities that I think are before us, Mr. Secretary, because of the understanding of many of our Arab neighbors as to the commonality of the threat but also as to the opportunities of the future.

And I look forward to discussing with the Secretary of Defense of our great American ally how we thwart the dangers and how we seize the opportunities together. So welcome to Jerusalem.”

“Thank you Mr. Prime Minister. It’s an honor to be here in Israel, our longtime friend and ally in the region.

The two dangers that face Israel and all of the other nations in the region that are trying to maintain a stable and peaceful and prosperous region are those that I’m here to discuss with the Prime Minister, especially the week before Holocaust remembrance.

I think it’s important that we remind ourselves that if good people don’t band together then bad people can do a lot of damage in this world. And we’re committed to stopping that and doing whatever it takes to pass on peace and freedom to the next generation.

So thank you very much, Mr. Prime Minister. It’s a privilege to be here with you.”