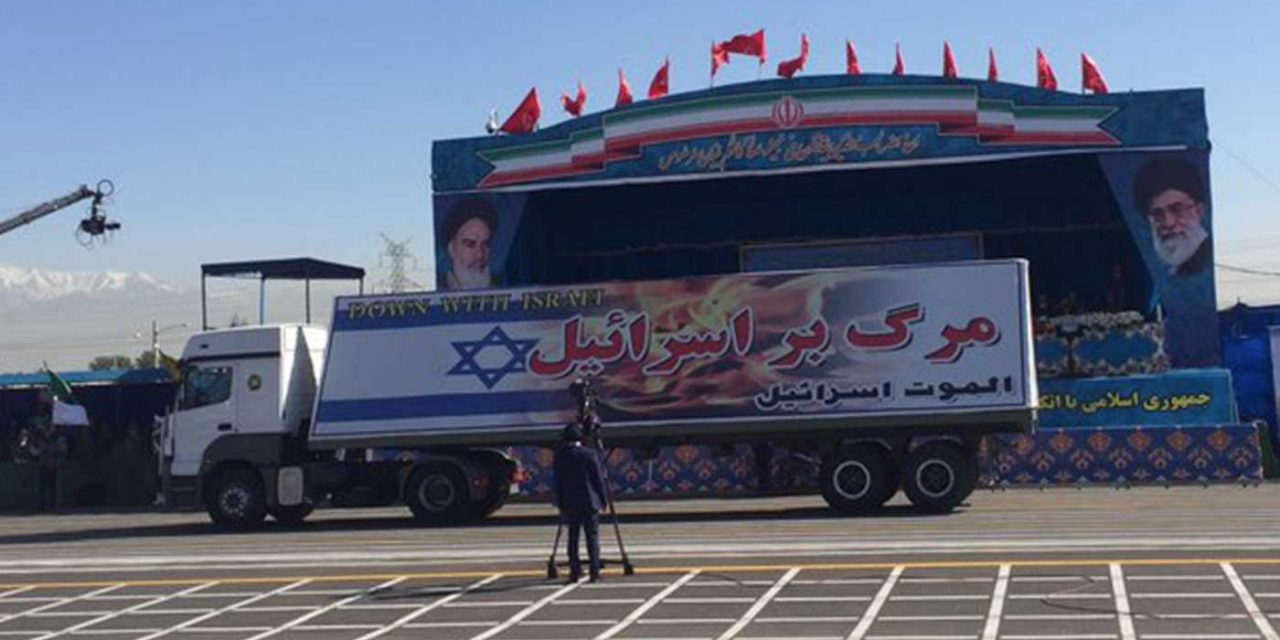 This week Iran held its annual military parade in Tehran. This parade featured something new as the Iranian regime showed off its new S-300 air defence missile system, fresh from Russia, and other weapons. Something that was not new, was the repeated banners of “Death to Israel” that adorned the military vehicles.

Attending the ceremony was President Hassan Rouhani, who said that while the Iranian military was “avoiding tensions and encounters” it had to “remain vigilant in the face of plots hatched by the others and increase deterrent power.”

Some of the trucks carrying weapons were adorned with banners showing a fist punching through a blue Star of David and the slogan “Death to Israel” in Persian. Another (pictured above) features the Star of David with fire and the same message.

The military parade showcased the Iranian-made Sayyad-3 anti-aircraft missile for the first time, its Russian-made S-300 system and a slew of other military equipment.

The Sayyad-3 is an Iranian-made high-altitude long-range anti-aircraft missile.

At the beginning of March Iran announced that the S-300 system was operational.

Iran had tried to acquire the system for years to ward off repeated threats by Israel to bomb its nuclear facilities, but Russia had held off delivery in line with UN sanctions imposed over Tehran’s nuclear program.

The system is one of the most advanced of its kind in the world, offering long-range protection against both aircraft and missiles.