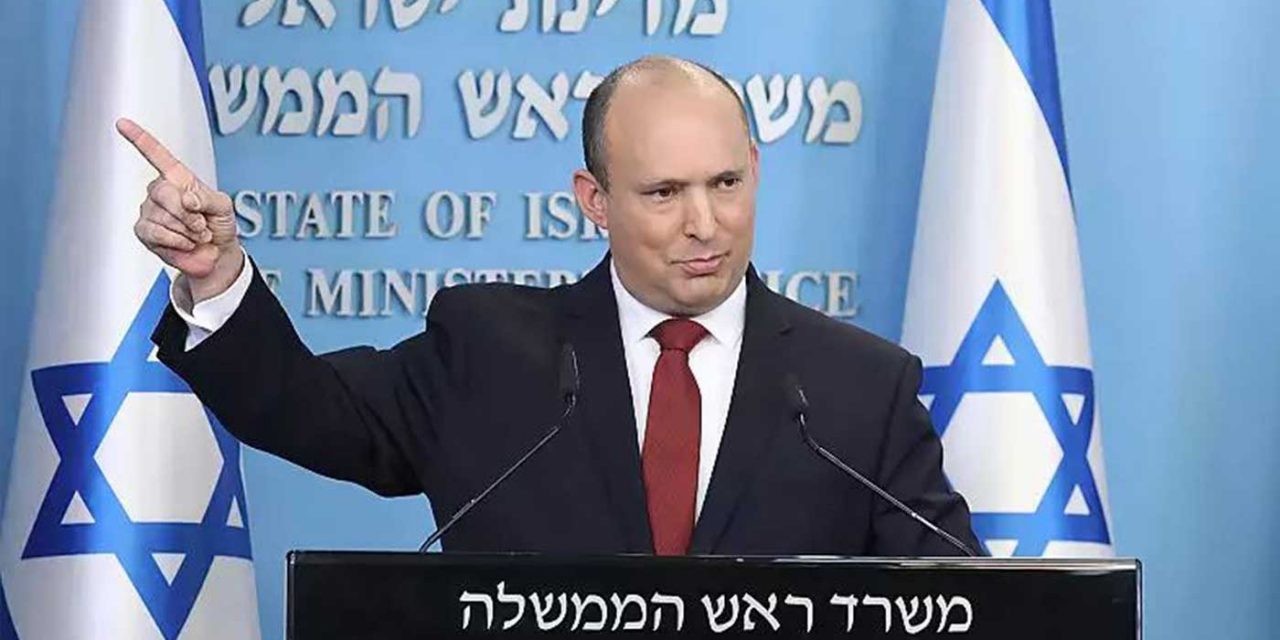 Prime Minister Naftali Bennett called on world leaders Tuesday to hold Iran accountable for “lying to the world” after an earlier report by the Wall Street Journal revealed that the ayatollah regime gained access to confidential International Atomic Energy Agency reports and for two decades used them to mislead the organization and conceal suspected work on nuclear weapons.

“After Iran stole classified documents from the UN nuclear agency, it used the information to understand what the agency was hoping to find, then fabricated a cover story and his evidence to invade a nuclear investigation,” Bennett said.

According to The Wall Street Journal, the documents, which featured handwritten notes in Persian, were among the files seized by Israeli intelligence in January 2018 from a Tehran archive.

Bennett presented several documents during his remarks that implicate Iran, presumably from the archives that were seized in 2018.

“Here it says, in Persian, hundreds of pages stamped by the Iranian Intelligence Ministry. These documents even have handwritten notes by Iranian officials,” including a former defense minister.

According to Bennett, one of the handwritten notes said, “Sooner or later, they [IAEA officials] will ask us, and we will need to have a comprehensive cover story for them.”

The report mentioned a cover story, “and here is the same cover story [in the document]. Iran lied to the world, and is lying to the world, right at this moment. The world must make sure Iran does not get away with it without punishment,” Bennett said.

Meanwhile, a report by the IAEA on Monday said that Iran has not provided satisfactory answers to its long-standing questions on the origin of uranium particles found at three undeclared sites despite a fresh push for a breakthrough.