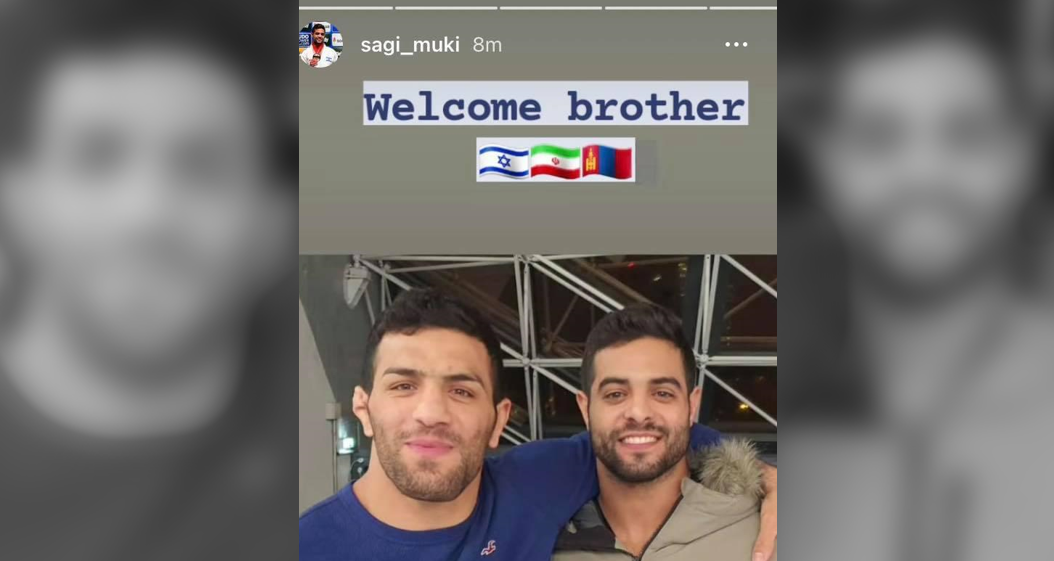 A former world judo champion who fled Iran in 2019 in a dispute over competing against Israelis arrived in the Jewish state late Sunday to compete in a Judo Grand Slam competition being held this week in Tel Aviv.

After landing he was taken to a hotel to quarantine ahead of the competition.

Saeid Mollaei’s change of nationality to Mongolia from refugee status was approved last year by the International Olympic Committee.

The 2018 world champion went into hiding in Germany after defying Iranian team orders to lose intentionally during the defense of his title. Mollaei claimed he was ordered to avoid facing Sagi Muki, a high-ranking opponent from Israel.

The International Judo Federation said at the time that Mollaei had been pressured to lose by Iranian Deputy Sports Minister Davar Zani. He was also reportedly pressured to bow out by Iranian Olympic Committee President Reza Salehi Amiri, who told him minutes before his semifinal match that Iranian security services were at his parents’ house in Tehran.

Mollaei, who was on track to face Muki in the finals of the 2019 men’s under-81 kilogram class, told the IJF that he bowed to the pressure and deliberately lost to Belgium’s Matthias Casse in the semifinals to avoid having to face the Israeli athlete, who ended up winning gold.

Now the two may face off in the Tel Aviv contest. Muki said he would be happy to compete against Mollaei, who has become a personal friend.

“This is a great message to the world,” he told the Kan public broadcaster. “This is something that can even bring Iran closer to Israel. It simply shows how sports can bring together people and break boundaries.”