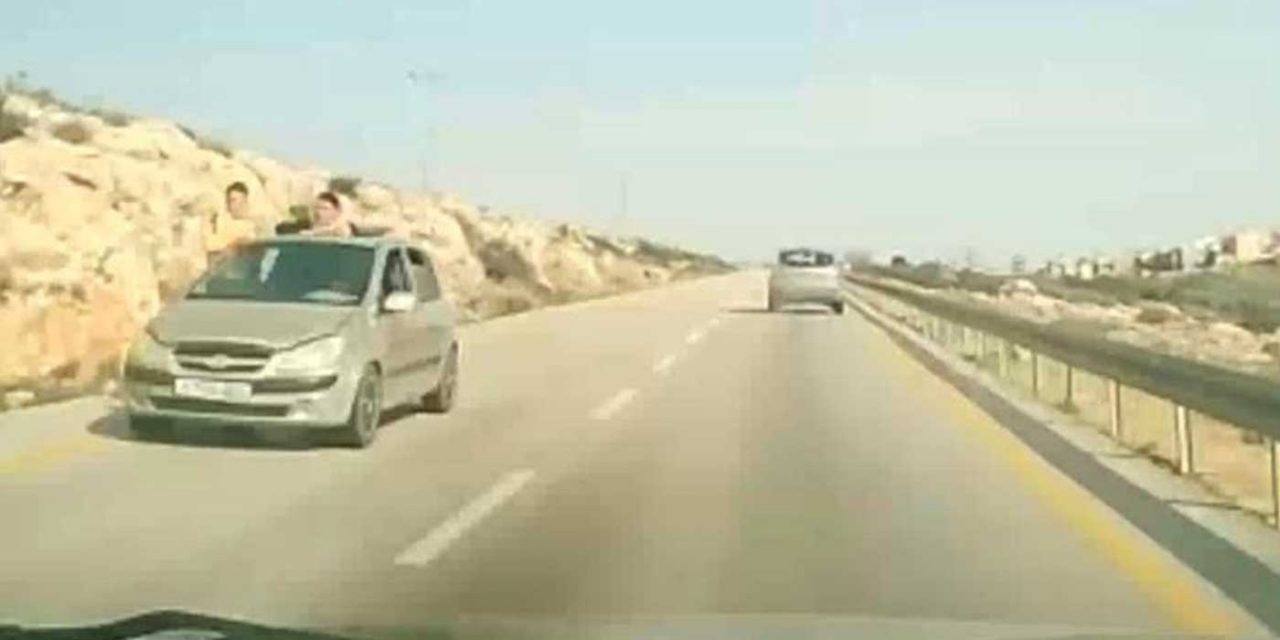 Video footage has been released from a drive-by rock-throwing attack by Palestinians against an Israeli civilian.

The dashcam footage captured on a car travelling behind the incident shows the moment two passengers in a car travelling in the opposite direction emerge from the sunroof and side window and hurl a rock at the Israeli car as it passes. The rock strikes the car, causing damage to the side.

The incident took place in Judea and Samaria (the West Bank) and the victim was an Israeli resident of Neve Tzuf. Fortunately, it appears no one was injured in the incident.

This video highlights the threat Israelis face simply for living in their ancient homeland. The land given to them by God and which they legally possess according to international law. Palestinian terrorism does not discriminate. Whether the victims is male or female, soldier or civilians, the Palestinians are taught to hate their neighbour and sadly it results in horrific attacks like this.

A similar attack in January took place against an Israeli mother driving with her two small children. In that incident, the mother was seriously injured. Other attacks like this have resulted in the deaths of innocent Israelis.

All of this is incentivised by Palestinian leaders and the antisemitic propaganda that feeds the conflict.

Let’s continue to pray for the Jewish people who are under constant threat of attack, both from forces outside and those living alongside them. Also, please consider supporting the work of Christians United for Israel.