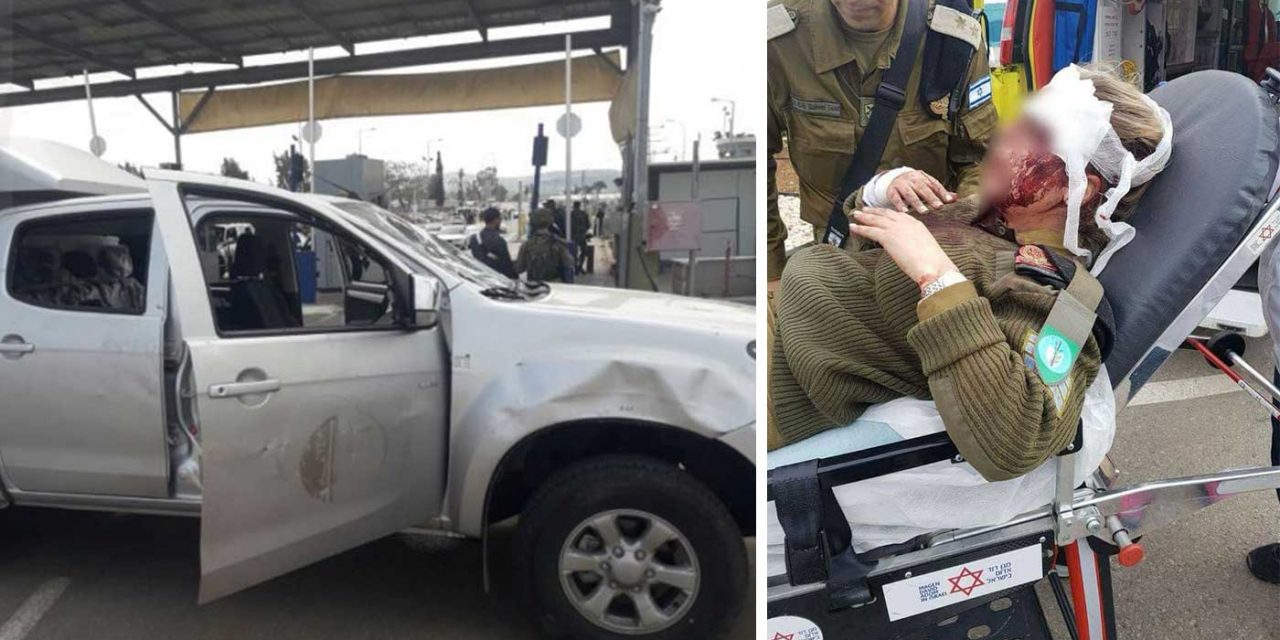 Two Israeli soldiers we violently attacked by a mob of Palestinian men after they took a wrong turn in their IDF vehicle and entered Jenin, a Palestinian town. Palestinian police were forced to intervene to save them from being lynched.

The two entered Jenin due to a navigation error. After they were noticed, a group of Palestinians surrounded the vehicle. The mob pelted their car with rocks, smashed its windows and injured the two soldiers, before Palestinian police officers came to their rescue and tackled the assailants.

The video below contains shocking scenes of the attack and shows the female soldier being attacked and bleeding heavily from her head and screaming.

The soldiers, a male and a female, said to be from the IDF’s Computer Service Directorate, both received head wounds in the incident, the male was lightly wounded while the female was moderately wounded.

Palestinian police officers removed the soldiers from the area and transferred them to the Israeli Civil Administration. The Palestinian officers then went back for the vehicle and brought it to an IDF checkpoint.

The IDF Spokesperson’s Unit said in a statement: “A short while ago, a military vehicle accidentally entered the city of Jenin. A violent disruption of order developed around the vehicle, which included stone throwing. As a result, two IDF soldiers were injured. A female soldier was taken for medical treatment at a hospital. One of the soldiers’ firearms was stolen. The vehicle left the city with the coordination of the Civil Administration. The incident is being investigated.”

An M-16 rifle was stolen from the IDF vehicle and the Palestinian authorities tracked down the gun and returned it to an IDF checkpoint later in the day.

Defense Minister Avigdor Lieberman praised the Palestinian policemen and noted the importance of Israeli-Palestinian cooperation in maintaining law and order.