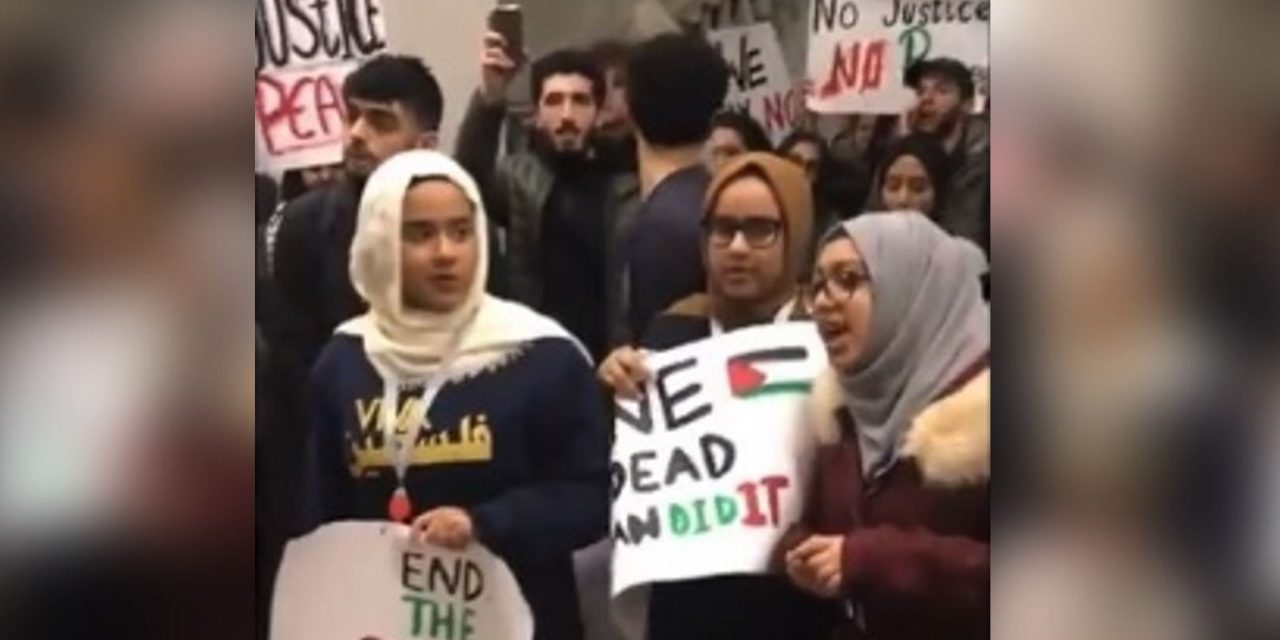 Anti-Israel activists attempted to disrupt a talk by a former Israeli Deputy Prime Minister at a London university Tuesday night.

Dan Meridor, who served in Benjamin Netanyahu’s cabinet from 2009 until 2013, spoke at the King’s College (KCL) campus in the Strand, central London, at an event co-hosted by the Pinsker Centre, and the KCL and City University Israel Societies.

WATCH!!Yet again, absolutely disgusting scenes emerging from an event at Kings College London tonight featuring former Israeli deputy Prime Minister Dan Meridor. A screaming, baying mob trying to intimidate and bully Jewish students as they leave the event. This is what freedom of speech looks like for some (usually Jewish students) on UK campuses in 2018!(H/T Sammy)

Posted by Sussex Friends Of Israel on Monday, 12 February 2018

Mr Meridor was also called a war criminal and Israel was labelled a terrorist state.

Tamara Berens, the CAMERA on Campus UK Associate and president of the King’s College London Israel Society, told the JC that students left the lecture to “fingers pointed in our faces”.

She added: “They came onto campus this evening with one aim; to intimidate us and shut down our event. They coordinated their voices to scream throughout the talk, without even a minute to allow us to listen to the speaker in peace.

“We have nothing to be ashamed about. The shameful behaviour this evening was that of protesters who do not respect the right of Israelis to free speech. The shame is on those who would rather take away our platform to speak than engage with us openly.

“It is disgraceful that in 2018, Jewish university students should be made to feel afraid or ashamed to walk freely on campus.”

Jonathan Arkush, the president of the Board of Deputies, said that he would be in contact with Professor Edward Byrne, the King’s College principal, to “gain assurances that there will be no repeat”.

He said: “While the Board of Deputies supports the right to demonstrate peacefully, we were appalled at the scenes last night at King’s College London where those attending a talk by Dan Meridor were barracked and intimidated in a completely unacceptable way.”

King’s College London insisted police had not been called to last night’s event, contrary to media reports, and nor were any protestors escorted from the campus. It defended its procedures for holding such events.

A spokesman for the university said: “If our review process highlights any potential risks, we put additional conditions in place before permitting the event to proceed.

“These conditions include recording the speeches to ensure that the events take place within the law, an independent event chair, additional security in place and having senior representatives of the university and the Students’ Union in attendance.

“Universities have a unique challenge to create environments in which open and uncensored debate from all sides on issues of political, scientific, moral, ethical and religious significance can take place without fear of intimidation and within the framework of the law.

“We are proud of our diverse community and are absolutely committed to academic freedom and free, peaceful and respectful dialogue where people have conflicting views.”