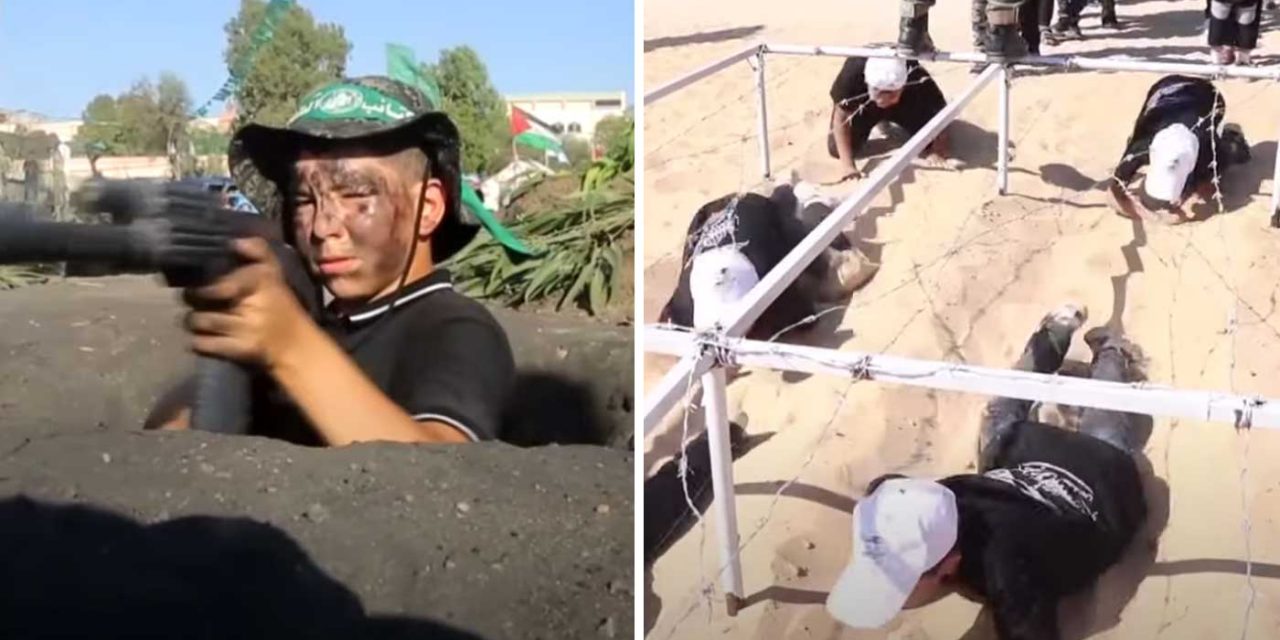 A new video released by MEMRI shows yet more children being trained for combat by terror groups in the Gaza Strip, highlighting the abuse of children by Hamas and the brainwashing they endure.

The latest video shows how children are taught to fire guns, go through military-style assault courses, as well as military training in capturing buildings. Around 70,000 children are said to be attending these camps this year, according to Hamas.

The video also includes footage of children and teens taking part in a target practice video game that simulates shooting Israeli soldiers. Another scene shows the children shooting Israeli police on top of the Temple Mount, depicting the “liberation of Al Aqsa”.

One of the children filmed says that he chose to spend his summer holiday in the ‘Pioneers of Liberation’ summer camp “in order to continue the path of my father, the martyred commander Walid Shamaleh Abu Bilal, and in order to strengthen our determination and liberate Jerusalem, Allah willing.”

Another part of the video shows the Al-Quds Brigades “Sword of Jerusalem” summer camp. In a video, posted on June 27 on Al-Qassam’s website, children chant: “Put sword against sword. We are Muhammad Deif’s men!”

In the conflict between Israel and Hamas earlier this year, reports show that children as young as 16 were used by Hamas as child soldiers against Israel and were killed in the conflict.