RAF joins Israel and US in joint exercise over the Negev 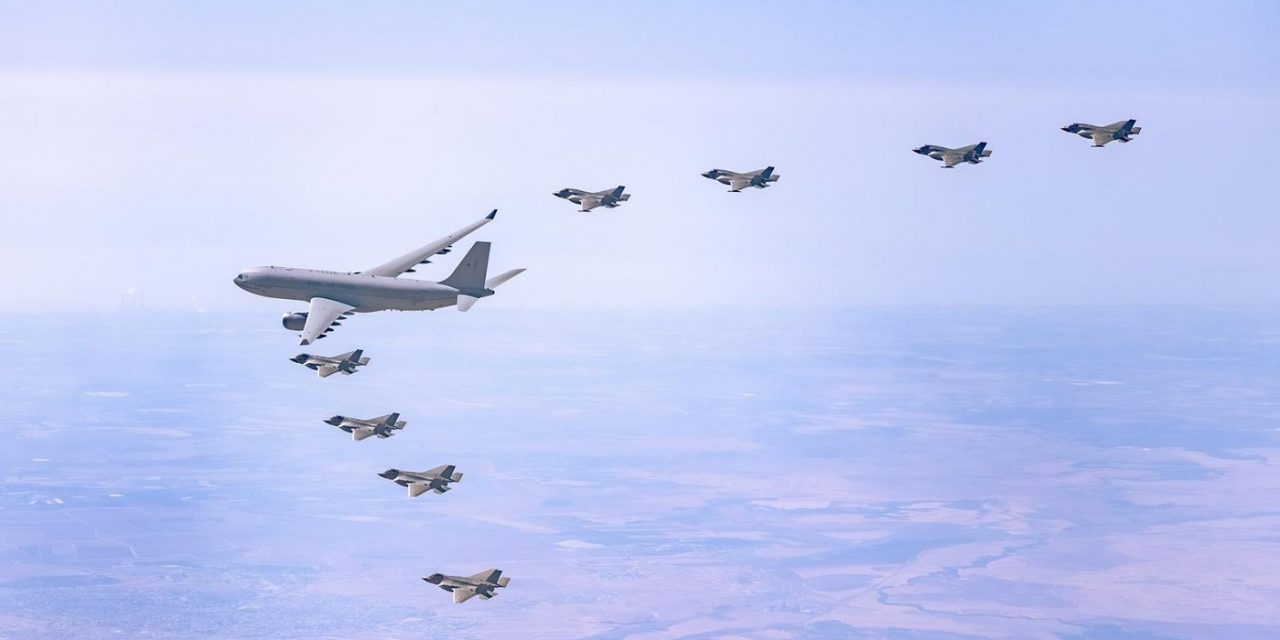 Britain, Israel and US air forces have participated in a joint drill over the skies of southern Israel. The exercise also involved the British aircraft carrier HMS Queen Elizabeth.

Always an honor to fly over Israel with our allies 🇮🇱🇬🇧🇺🇸

The "Tri-Lightning 2" joint F-35 exercise between the IAF, Royal Air Force, and U.S. Marine Corps in southern Israel has ended.

As part of the exercise, Israeli “Adir” (F-35I) fighter jets trained alongside F-35s from the U.S Marine Corps and the Royal Air Force. The drill saw the pilots practice various aerial scenarios including dogfights, dealing with advanced surface-to-air missile systems as well as attacking targets deep in enemy territory and combat scenarios over enemy countries.

The Queen Elizabeth is leading six Royal Navy ships, a Royal Navy submarine, a US Navy destroyer and a Dutch frigate in a global deployment of the Carrier Strike Group 21.

According to the British Embassy in Israel, the visit is part of a seven-month deployment that will extend through the Mediterranean sea and the Indian Ocean to the Indo-Pacific.

“The UK Carrier Strike Group is the spearhead of the UK’s Joint Expeditionary capability and a cornerstone of the UK’s conventional military deterrent,” the statement said.

One of the ships sailing with the aircraft carrier, the HMS Richmond, docked in Haifa port on Tuesday for five days to host engagements with seniors from the government and military sectors in Israel,as well as other events.

IAF Commander Maj. Gen. Amikam Norkin said that the “cooperation with the United States and Britain enables the IAF to strengthen its capabilities and enhance its operational readiness to deal with a wide variety of threats.”

“The Middle East Region is highly dynamic, which requires us to train and prepare for a multitude of scenarios in order to continue effectively ensuring the security of the State of Israel and defend its skies,” he said.

“The transatlantic strategic relationship between the US and our allies and partners has been forged over the past seven decades and is built on a foundation of shared values, experience and vision.”

Sajid Javid, has told an audience that the "UK-Israel partnership" is unbreakable and that "Israel's security is our security."The UK's health secretary was speaking at a London...
Read More
Share
Tweet
Email
More
933 Shares