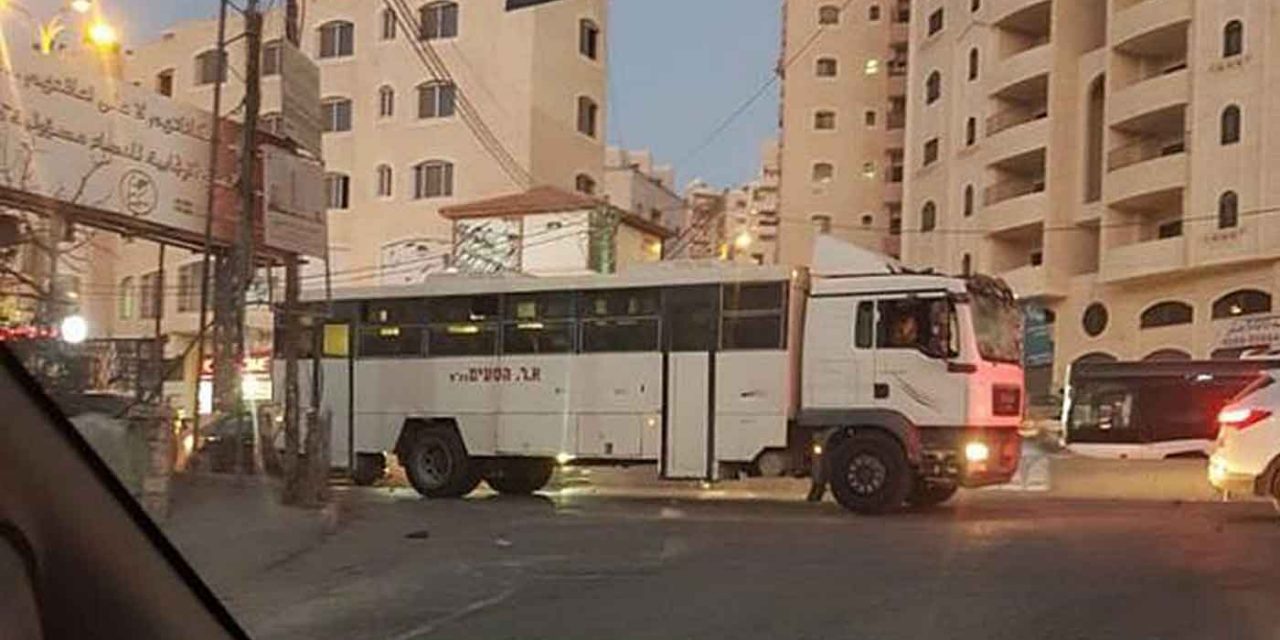 An Israeli army bus accidentally entered the Qalandia “refugee camp” and was attacked by stone-throwers, three soldiers and a police officer were injured.

Video taken by local residents was released to social media Sunday evening, showing an IDF bus being pelted with stones. Those throwing the stones had no regard for the Palestinian drivers who were trying to stop their cars from being hit by the same stones being thrown at the Israelis.

In another video, shots could be heard ringing out in the distance as IDF soldiers fired their weapons into the air in an attempt to scare off the attackers.

An IDF spokesperson confirmed that an army bus had indeed accidentally entered Qalandia between Jerusalem and Ramallah Sunday and was attacked by stone-throwing rioters.

“A short while ago, an IDF bus accidentally entered the Qalandia refugee camp, south of Ramallah. A riot was instigated around the vehicle in which rocks were hurled at it. As a result, an IDF officer and two soldiers were lightly injured.”

“Security forces fired into the air in order to disperse the riot before the IDF vehicle exited the refugee camp. The two soldiers were treated at the scene while the injured officer was transferred to hospital for further treatment. The circumstances of the incident will be examined.”

This incident is similar to another earlier this year when two unnarmed soldiers, a male and female, were attacked by dozens of Palestinians after they accidentally drove into a Palestinian town. The female soldier was filmed being punched and having rocks thrown at her and left bleeding heavily from a head wound.

Another incident took place when an Israeli civilian took a wrong turn and ended up in a Palestinian town where his car was pelted with rocks after being identified as Israeli by local residents.

All of these incidents took place in different towns and this appears to be the normal response from local residents. If the actions of Palestinians is to attack Israelis and attempt to lynch them whenever they enter their towns, how can they be expected to live peacefully together as neighbours? This is not normal behaviour but comes from a culture where hatred of Israel is taught from birth.

It is also interesting to point out that this town is called a “refugee camp”, yet is a fully functioning town with shops, businesses and brand new high rise appartment buildings. The cars that the Israeli bus was following were also being driven by “Palestinian refugees” thus highlighting the absurd classification that Palestinians are given by UNRWA.