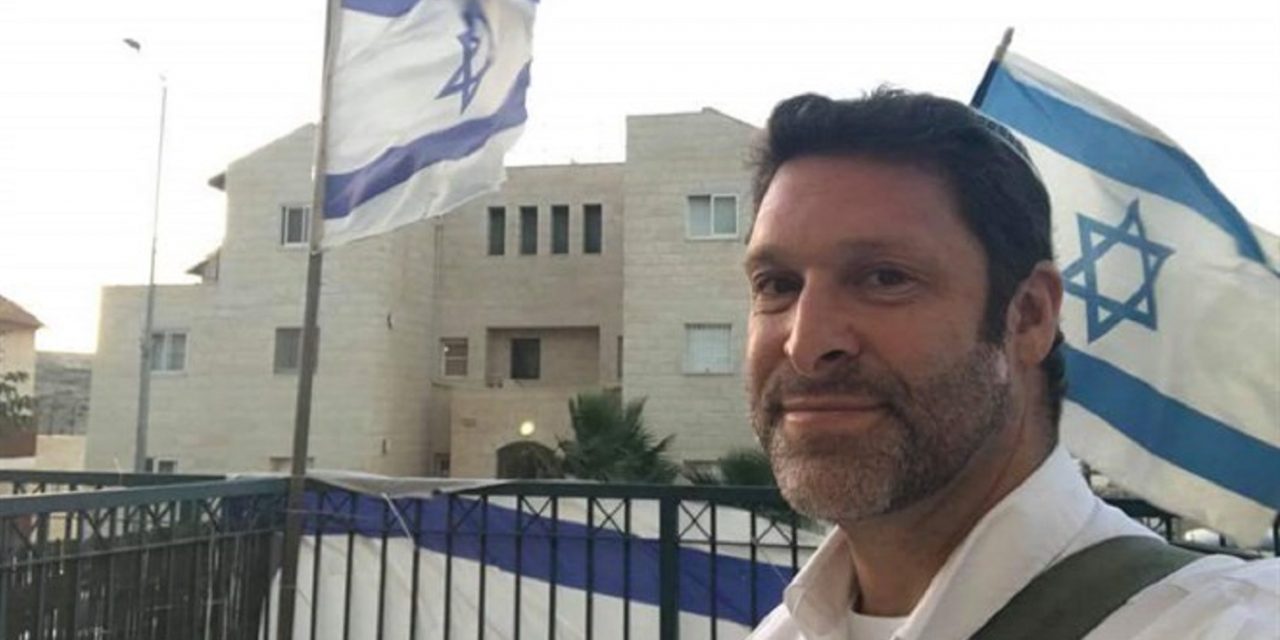 Ari Fuld, 45, was stabbed to death by a Palestinian terrorist outside the Gush Etzion shopping mall on Sunday.

Fuld was standing in the parking lot when the terrorist stabbed him from behind. Fuld drew his weapon and gave chase after the terrorist, who ran towards the entrance of the mall.

Fuld and another civilian shot and wounded the terrorist before he collapsed. Through their courageous actions, they prevented a much larger attack.

He was taken to Shaare Zedek hospital in Jerusalem in critical condition, where he was pronounced dead after about an hour.

“In the name of every citizen of Israel, I send my condolences to the family of Ari Fuld, who was murdered today in a terrorist attack in Gush Etzion,” Prime Minister Benjamin Netanyahu stated on social media.

“With his last strength, Ari fought heroically against the terrorist and prevented a greater tragedy. Ari was a wonderful father to four children. He was an advocate for Israel who fought to spread the truth about Israel. May his memory be a blessing.”

Fuld, a resident of Efrat and a US citizen, was a well-known figure in the pro-Israel advocacy world and a member of Efrat’s counter-terrorism Rapid Response Team.

“America grieves as one of its citizens was brutally murdered by a Palestinian terrorist. Ari Fuld was a passionate defender of Israel & an American patriot. He represented the best of both countries & will be deeply missed. May his family be comforted & his memory be blessed,” US Ambassador to Israel David Friedman tweeted.

Fuld’s friend Lior Shurka told Tazpit Press Service (TPS) that Ari “was very involved in explaining and defending the good reputation of the State of Israel.”

“Ari was about to have launched in a new Hasbara website in English. He was a good friend who you knew would stand by you and protect you in any situation,” Shurka said.

“A lowly terrorist came up behind him, and in a cowardly way stabbed him. Ari was one of the fighters in the Efrat emergency squad. We didn’t expect anything less of him. Even after he was wounded, Ari engaged with the terrorist and chased him as he was bleeding, and managed to respond and shoot at the terrorist.

“We are confident that his death will not be in vain, and his activity will grow and intensify. We expect the government to immediately demolish the house of the terrorist and expel his family to the Gaza Strip as soon as possible,” Shurka added.

Minister of Education Naftali Bennett tweeted that Fuld was “a hero of Israel. In his death he saved lives. Ari Fuld, who was murdered today in the stabbing attack in Gush Etzion, did not stop until he neutralized the terrorist. With a stabbing in the back, he ran, pulled out a gun and shot before he collapsed, as long as the terrorist could not continue to hurt others.”

“The Jewish nation salutes the Fuld family and embraces it,” he stated.

“My heart is with the Etzion Bloc. My condolences to the victim’s family. We will continue to fight against terror with an iron fist,” Minister of Defense Avigdor Liberman tweeted.