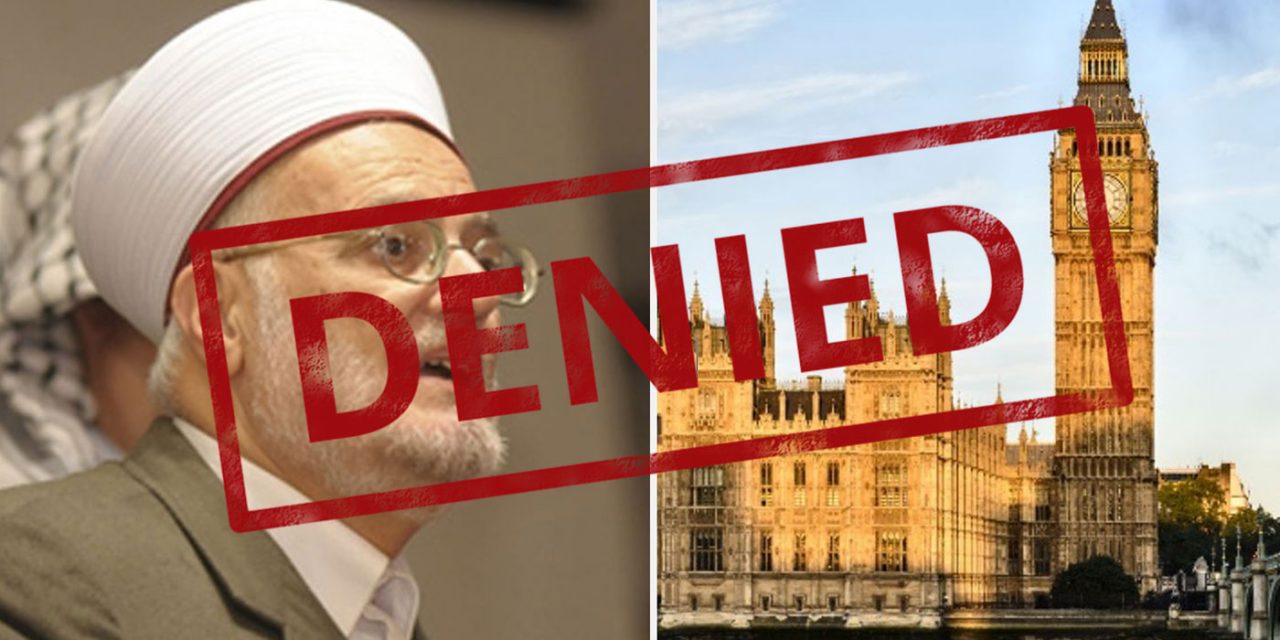 The former Grand Mufti of Jerusalem, a terrorist-supporting, Holocaust-denying anti-Semite who has called for the destruction of Britain has been DENIED entry into the UK and will now NOT meet MPs in the UK Parliament next week.

Over 18,000 people had signed a CUFI petition launched four days ago calling upon the UK Government to ban Sheikh Ekrima Sabri from entering the UK and not be allowed to attend Parliament as planned.

In an email seen by CUFI that was sent by organisers EuroPal to all MPs overnight, Sheikh Ekrima Sabri and one other member of the delegation organised by pro-Palestinian group EuroPal, have “both been unsuccessful in obtaining an entry visa for technical reasons, and therefore will not be joining the delegation”.

Europal refers to the CUFI campaign saying “a campaign by pro-Israel groups” had “no bearing on the decision to withhold an entry visa to Sheikh Sabri”, however CUFI has no doubts that the overwhelming response placed upon the Government has had an influence.

CUFI revealed on Thursday that EuroPal would be leading a delegation from Jerusalem between 11-15 September and included Sheikh Ekrima Sabri (also known as Ikrima al-Sabri), who was Grand Mufti from 1994 to 2006 and is an imam at Al-Aqsa mosque. The purpose of the visit is to discuss the “recent escalation in Jerusalem”.

We now understand that a smaller delegation without the extremist Sheikh will visit Parliament. 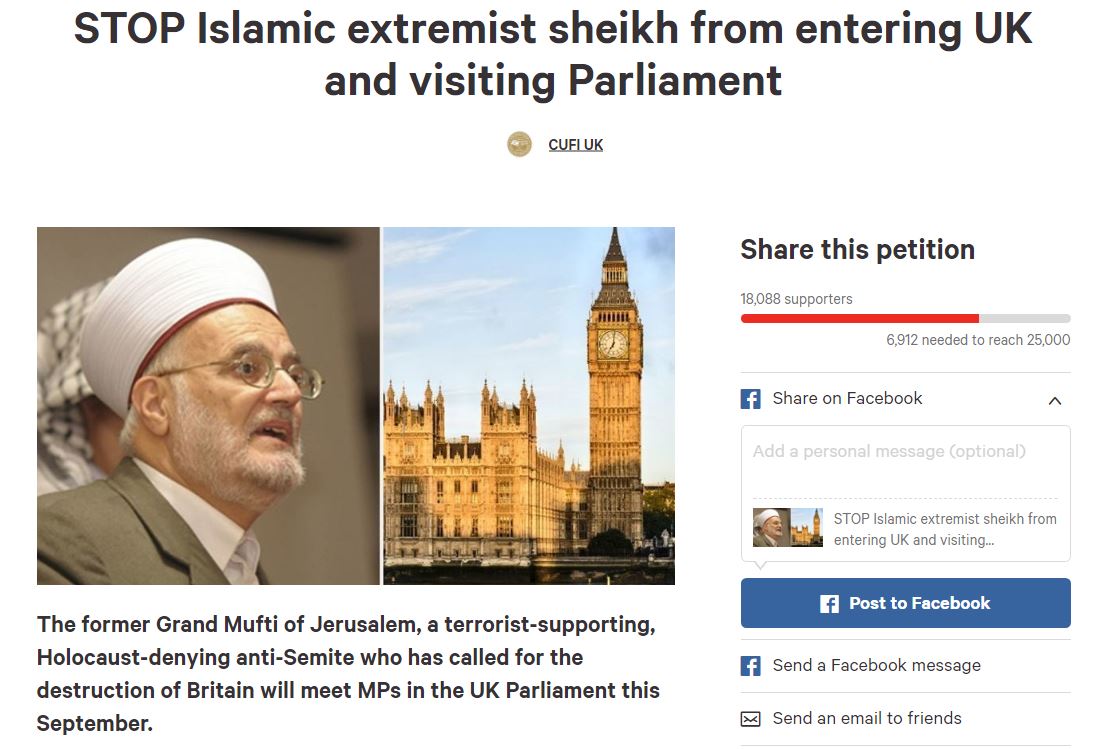 In 2001, Sabri stated in a sermon on PA Radio,  “Allah, destroy the U.S., its helpers and its agents. Allah, destroy Britain, its helpers and its agents.” CUFI has also revealed his denial of the Holocaust, his support for terrorism and encouragement for child martyrs. He has also threatened that “Jewish prayer at Al-Aqsa will prompt massacres the magnitude of which only Allah knows” and harm to Al-Aqsa will prompt “massacres and rivers of blood”.

We would like to thank everyone who has supported the CUFI Petition, written to their MP and prayed that Sheikh Sabri will not be allowed into the UK and visit the Palace of Westminster.

Together we are stronger. 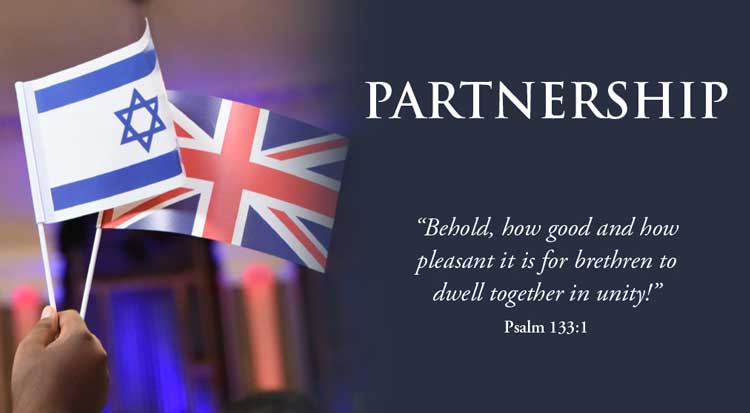