US: Third Jewish cemetery vandalised in less than two weeks 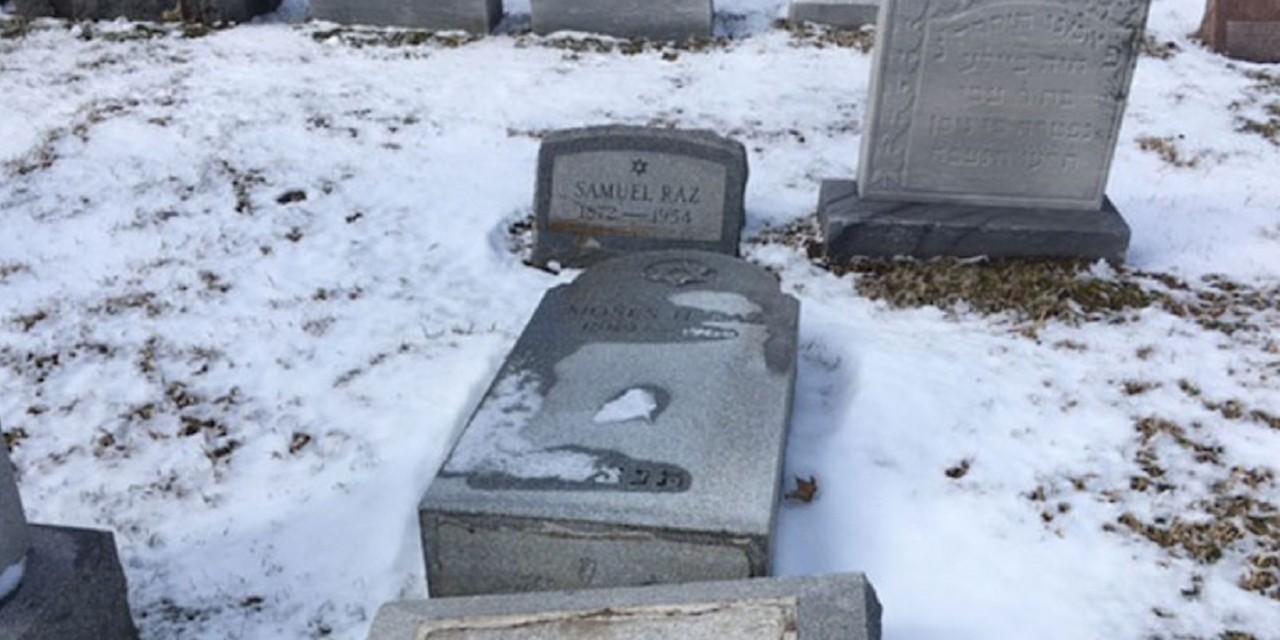 A Jewish cemetery in Rochester, New York, has been vandalized, the third such incident in the United States in less than two weeks.

Five headstones were found toppled Thursday morning at the Waad Hakolel Cemetery, also known as the Stone Road Cemetery, in the city in western New York, according to News 10 NBC WHEC.

The president of the nonprofit managing the cemetery said he did not want to call the incident a hate crime or anti-Semitism.

Police were awaiting notice from the cemetery before commencing an investigation, News 10 NBC WHEC reported.

The last two weeks saw vandalism at Jewish cemeteries in Philadelphia and St. Louis, as well as two more waves of bomb threats called into Jewish community centers, schools and institutions across the country, representing the fourth and fifth waves of such harassment this year.