Another Jewish Cemetery vandalised, over 100 headstones damaged in Philadelphia 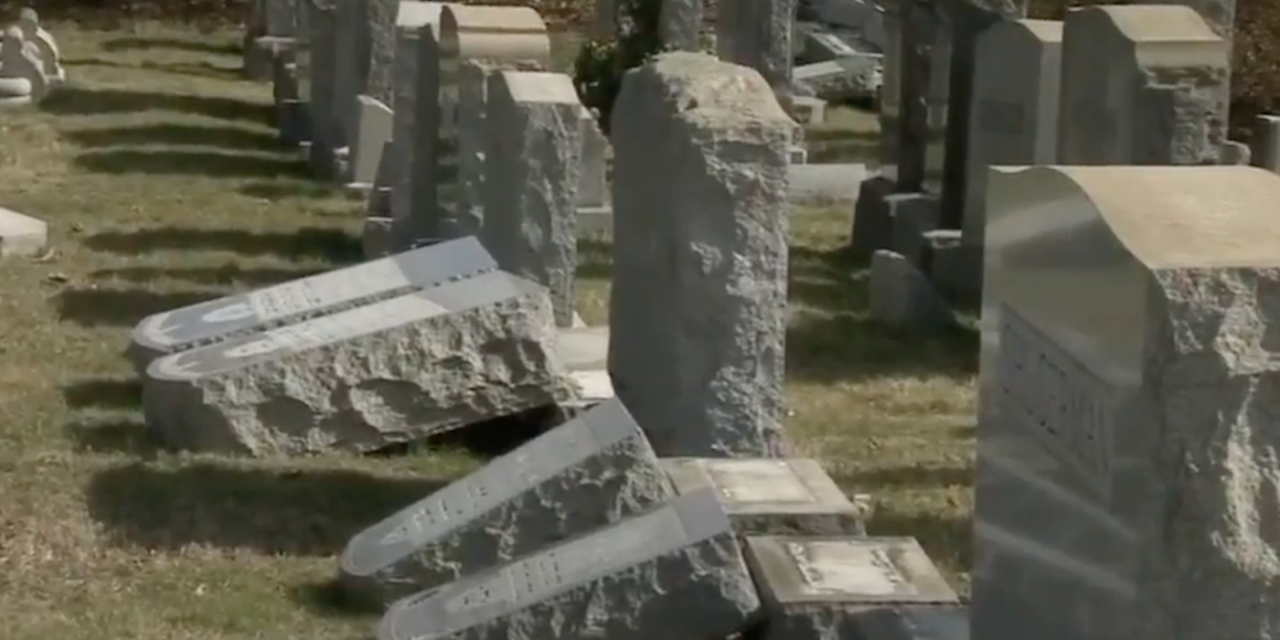 The vandalism took place at Mt. Carmel Cemetery and was discovered by Aaron Mallin, who came to Mt. Carmel to visit his father’s grave Sunday morning.

“It’s just very disheartening that such a thing would take place,” Mallin said.

“I’m hoping it was maybe just some drunk kids. But the fact that there’s so many, it leads one to think it could have been targeted.”

Last Tuesday more than 100 headstones at the Chesed Shel Emeth Cemetery near St. Louis were vandalised in a similar incident.

The desecration of the Mt. Caramel Cemetery is not the first attack on a Jewish cemetery in Philadelphia. In 2015, 124 tombstones were toppled at the Adath Jeshurun Cemetery.