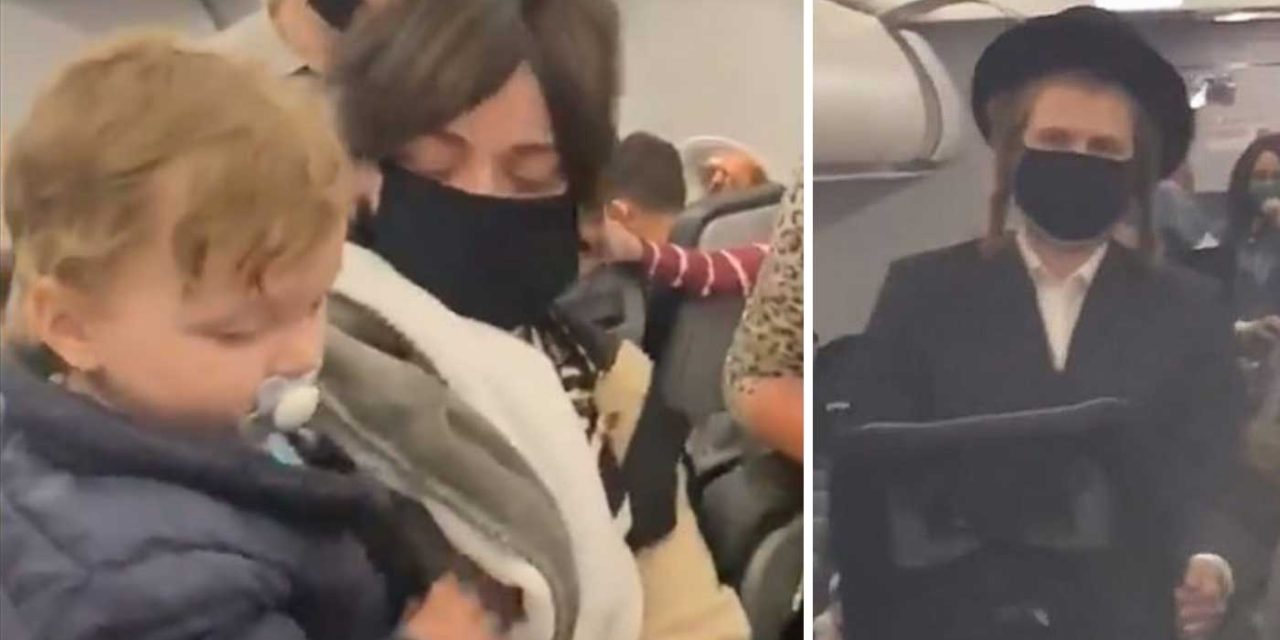 An American airline has come under fire after staff removed a young Jewish family from a flight while witnesses said the staff expressed anti-Jewish comments.

The incident took place on a Frontier Airlines flight last week when airline staff removed a young family from a flight because they did not have a mask for their 1-year-old child, despite the rules of the airline stating that children under the age of 2 do not need to wear a mask.

An Orthodox Jewish person spoke up in defense of the Hasidic couple. Then the whole family siblings and in-laws started leaving the plane at which point the @FlyFrontier ordered everyone off of the airplane. pic.twitter.com/N1OwqxFI3Q

As the couple made their way out of the plane, other passengers came to their defence and blocked their exit, telling airline staff they were out of order to demand a young child wear a mask. The staff then ordered everyone off the flight.

Worryingly, there are multiple eyewitness reports from passengers, unrelated to the family, saying that staff members high-fived, cheered and even said things such as, “we showed them Jews”.

Shockingly, Frontier Airlines has not apologised for the incident and went further by blaming “a large group” who it says “refused to wear masks.”

Video evidence from multiple cameras seems to contradict this statement with everyone on board wearing masks except the infant.

Let me explain to you how video evidence works… pic.twitter.com/GXWiuW4p7z

The statement from Frontier reads:

“Members of a large group, including adults, refused to wear masks as flight 2878 was preparing for departure from MIA-LGA. Repeated requests to comply with federal law necessitated their removal from the flight. The issue did not stem from a child under 2.”

Members of a large group, including adults, refused to wear masks as flight 2878 was preparing for departure from MIA-LGA. Repeated requests to comply with federal law necessitated their removal from the flight. The issue did not stem from a child under 2.


Instead of saying they will investigate the incident before they comment further, Frontiers handling of the situation has caused further outrage in what is already a charged situation.

People have also pointed out how the airline filled the plane to capacity, meaning there was no social distancing onboard.

There is clearly more to this story than we currently know, and we hope that Frontier can properly investigate the incident and get to the bottom of it. It is their reputation taking a hit from this after all.