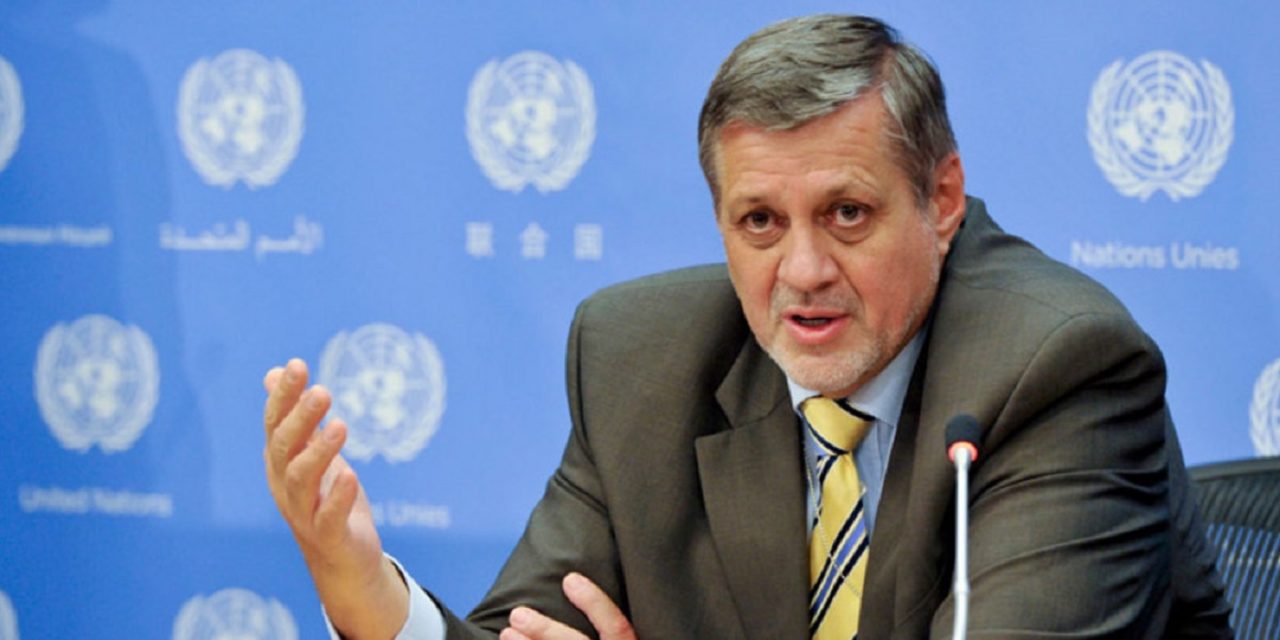 The UN Special Coordinator for Lebanon has tweeted that he was in discussions with terror organisation Hezbollah and that he had “substantive” conversations with the terror group’s second in command Naim Qassem.

On Monday, Slovakian-born Kubis, who was appointed earlier this year,  wrote on Twitter that he had met with Naim Qassem, the deputy head of the Iran-linked terror group. He also recommended Qassem’s book.

Kubis tweeted that he was “grateful for an open and substantive discussion on a broad range of topics with Deputy Secretary General Naim Qassem of Hizbullah. On top I received a copy of his book — a necessary reading.”

Grateful for an open and substantive discussion on a broad range of topics with Deputy Secretary General Naim Qassem of Hizbullah. On top I received a copy of his book – a necessary reading.

Israel’s Foreign Ministry spokesman Emmanuel Nahshon tweeted: “We are shocked and disappointed by this meeting with a designated terror organization’s leader, threatening Israel, Lebanon and the whole region.”

We are shocked and disappointed by this meeting with a designated terror organization’s leader, threatening Israel,Lebanon and the whole region. One doesn’t need to read the Naim Qassem book, courtesy of #Hezbollah terrorists, in order to understand this !! 👎@IsraelMFA @UN https://t.co/o7ccAzvXTO

Kubis was likely referring to “Hizbullah (Hezbollah): The Story from Within,” a 464-page tome first published in English a decade ago. The book, published by the London-based Saqi Books, is available on Amazon.

Lebanese-based Hezbollah is a proscribed terror group in the UK, US and France, but is also engaged politically in the country. For this reason, the EU only recognises its armed wing as a terror group, even though Hezbollah makes no distinction.

Qassem, the right-hand man of the group’s longtime leader Hassan Nasrallah, is on the record threatening Israel with annihilation. In 2017, for instance, he spoke of the need to “liberate” all of the territory between the Mediterranean Sea and the Jordan River.

Responding to a Times of Israel query, a spokesperson for the Office of the UN Special Coordinator for Lebanon said that it “works with the government of Lebanon and with political and social forces and institutions of Lebanon, notably those elected to the Parliament, including Hizbullah encouraging them to work for the well-being of the country and its people, for peace, security and stability of Lebanon and the region.”

The spokesperson added that the office raises “relevant issues” with actors such as Hezbollah leaders “as appropriate,” notably related to UN Security Council Resolution 1701 that ended the 2006 Second Lebanon War, “including its implementation but also instances and areas of violations and/or non- implementation of the said resolution in ‘an open and substantive discussion.’”