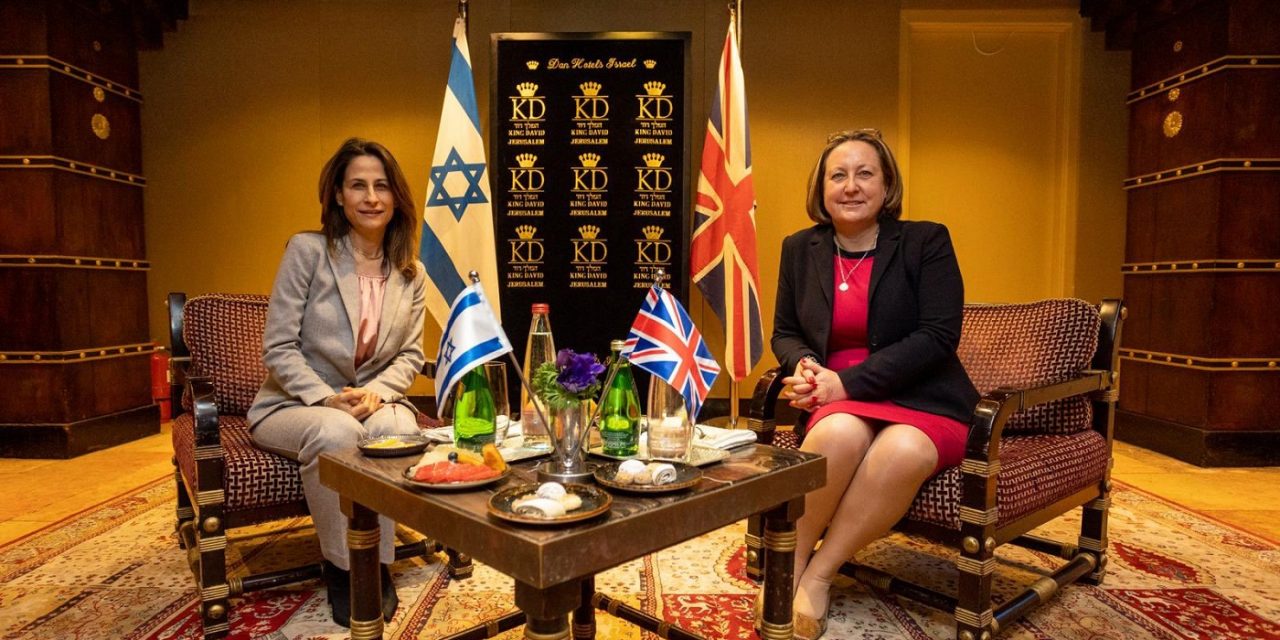 Israel and the United Kingdom have agreed on steps to upgrade their free trade agreement. The announcement came during a three-day tour to Israel by the UK’s Secretary of State for International Trade Anne-Marie Trevelyan.

Trevelyan hoped that the new agreement will be completed within a year.

Thanks to 🇬🇧 Sec. of State for International Trade & Pres. of Board of Trade @annietrev for a great meeting!
We discussed enhancing collaboration in innovation, science & tech & including them in 🇮🇱🇬🇧 trade agreement.
I look forward to stronger scientific & hi-tech cooperation. pic.twitter.com/rweubSrEXs

Israeli Minister of Economy Orna Barbivai said, “The existing cooperation between the economies of the United Kingdom and Israel is a good basis for deepening and expanding trade relations and economic relations between the countries, and we will work—already in the coming months—to lower trade and import barriers to ensure the realization of economic and commercial potential.”

UK & Israel are tech superpowers 🚀
Really positive to hear from exciting 🇮🇱 tech leaders on opportunities between our two sectors.
Boosting innovation & turbocharging trade in industries of the future will support high-paying jobs for our economies🔋 #TradeonTour @UKinIsrael pic.twitter.com/T4EogOlj8q

Pleased to have arrived in Israel🇮🇱 to begin FTA discussions. Honoured to have the chance to make short visit to the old city of #Jerusalem this evening. pic.twitter.com/nqAWjhOIGK

Earlier on Wednesday, Trevelyan tweeted a “call for input” from businesses and the public on the new FTA.

The minister said she wants to cut down market barriers for British businesses to work with their Israeli counterparts, and the call will give a clearer picture of areas that she should be discussing.

One of the elements Trevelyan was most excited about discussing was a UK-Israel Innovation Summit, expected to take place this spring in London.

The areas to be covered in the summit are life sciences, cyber, Artificial Intelligence and possibly space.

Don't miss the chance to shape our future trading relationship.

“Key businesses are doing amazing things, and it will be a great opportunity to more widely tell the story of what the FTA is about and what our plans are,” Trevelyan stated.

A successful meeting today with @OrnaBarbivay as we start preparations for an advanced 🇬🇧 🇮🇱 trade agreement which could:

Trevelyan said she was also interested in seeing the Tel Aviv Light Rail project because the UK is a world leader in building infrastructure.

“We want to see how we can join those up so that Israel can get that UK expertise to help them do some of that stuff,” she said.