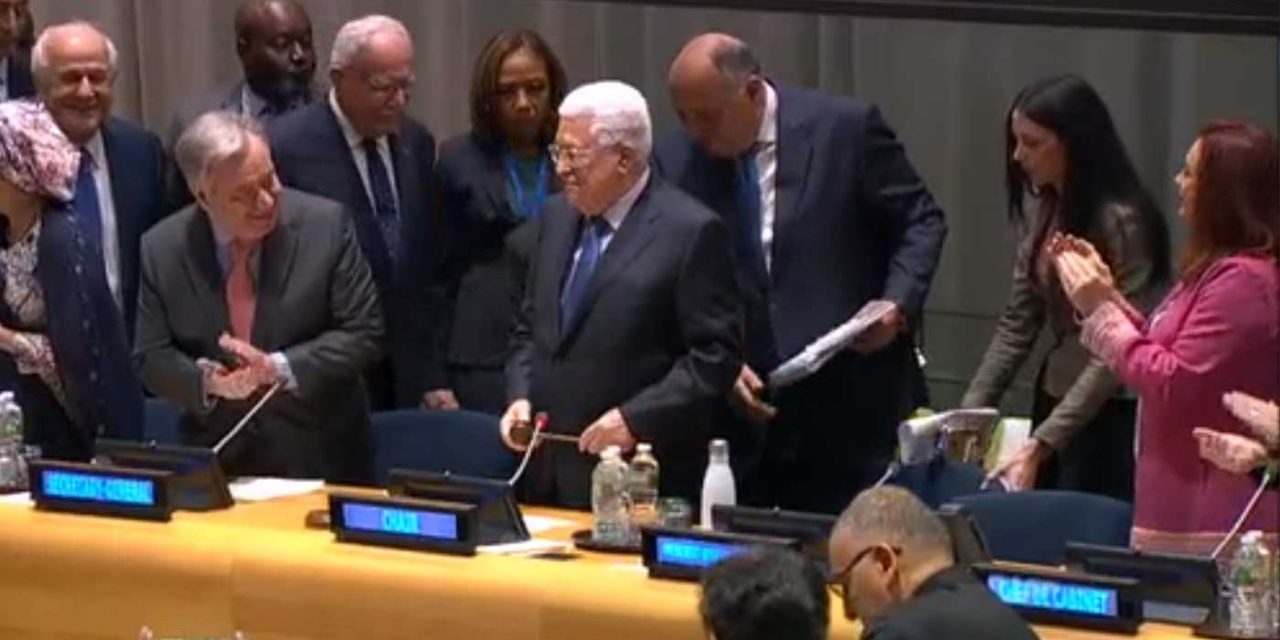 The Palestinian Authority has welcomed the newly released report by Amnesty International accusing Israel of apartheid, and urged the UN General Assembly and Security Council to impose sanctions on the Jewish state. The PA also called on the International Criminal Court at The Hague to launch an investigation into Israel’s “crime against humanity of apartheid without delay.”

This is the latest example of how this false report will be used by Israel’s enemies to delegitimize and attack Israel at international forums. While the terrorists of Hamas and the terrorist supporters of the Palestinian Authority have no attacks against them by so-called human rights organisations.

The P.A. Foreign Ministry said in a statement that “Amnesty International joins a long list of distinguished Palestinian, Israeli and international human rights organizations and experts in exposing Israel’s colonial occupation for what it is: an institutionalized system of oppression and domination over the Palestinian people, designed to legitimize its colonial settlement expansion, deny the Palestinian people their inalienable right to self-determination, and erase Palestinian history, present, and future in their homeland.”

It described the report as “a detailed affirmation of the cruel reality of entrenched racism, exclusion, oppression, colonialism, apartheid and attempted erasure that the Palestinian people have endured since the [1948] nakba [‘catastrophe’].”

The Palestinians will continue to “exercise their legitimate right to oppose and resist all forms of occupation, colonization, dehumanization, racism, and apartheid until they achieve justice and realize their rights to self-determination, return, freedom and independence,” the statement said.

The United States and Germany have spoken out against the Amnesty International report saying they reject the claim of apartheid in Israel.

Israel also fired back, saying, “Amnesty’s report effectively serves as a green light… to harm not only Israel, but Jews around the world,” according to a statement from Israel’s Foreign Ministry.

The statement said that the organisation “uses double standards and demonization in order to delegitimize Israel. These are the exact components from which modern antisemitism is made.

“Its extremist language and distortion of historical context were designed to demonize Israel and pour fuel onto the fire of antisemitism,” it said.

The Israeli foreign ministry also said that Amnesty UK was “notorious for being corrupted by racism and xenophobia, and the organization’s secretary-general has previously accused Israel – with no basis or evidence – of murdering Arafat. It is not surprising that it took Amnesty eight years to back down from this serious and baseless accusation.”

Foreign Minister Yair Lapid said Monday that the rights group was no longer “a respected organization,”

“Today, it is precisely the opposite,” Lapid said in a video statement. “It isn’t a human rights organization, but just another radical organization which echoes propaganda without seriously checking the facts. Instead of seeking the truth, Amnesty echoes the same lies shared by terrorist organizations.”

He said the report’s claims are “delusional and disconnected from reality.”

“Israel isn’t perfect, but we are a democracy committed to international law, open to criticism, with a free press and a strong and independent judicial system,” he said. “Amnesty doesn’t call Syria — where the regime has murdered over half a million of its own citizens — an apartheid state. Nor Iran, or other murderous regimes around the world. Only Israel.”

Lapid said there was “simply no other explanation” for the organization’s inconsistency other than the fact that Israel is a Jewish state — apparently arguing the bias was of an antisemitic nature.