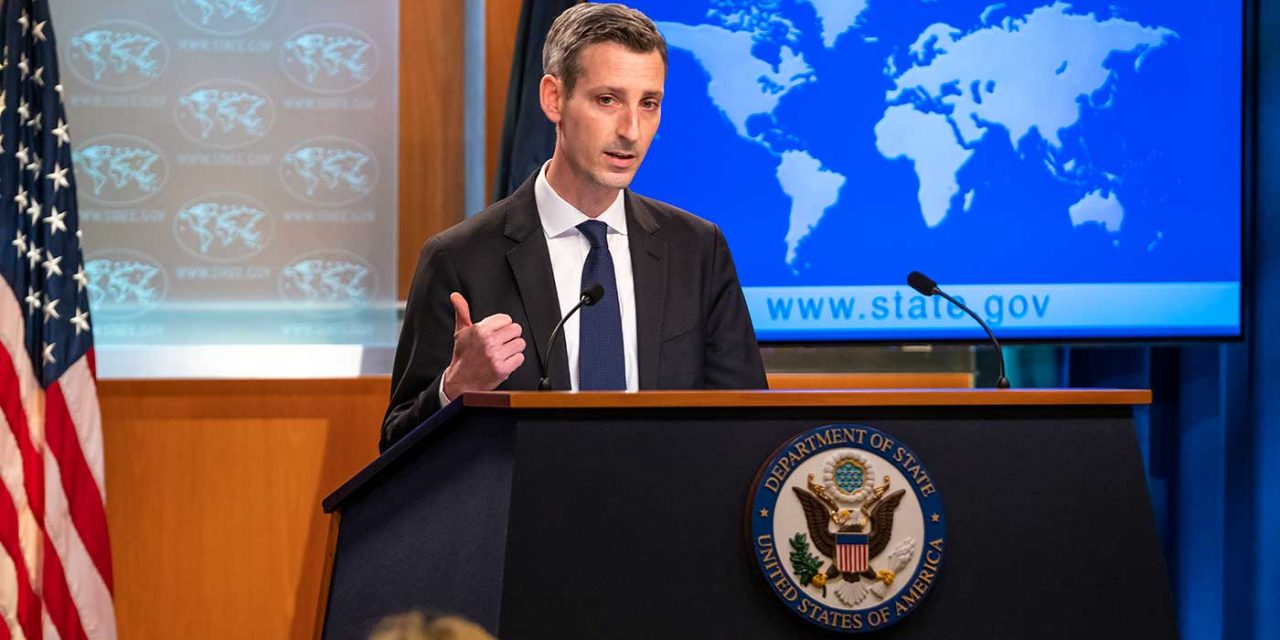 The U.S. State Department on Tuesday said that it rejects the finding of a new report by Amnesty International UK that accuses Israel of apartheid and “a system of oppression and domination” over the Palestinians.

“We reject the view that Israel’s actions constitute apartheid,” State Department spokesman Ned Price said on Tuesday. “We don’t offer our own public comprehensive evaluations of reports, but we certainly reject the label that has been attached to this when speaking about Israel.”

Amnesty International UK released their report on Tuesday. The report makes unfounded claims that Israel is practising “apartheid” both inside Israel and the Palestinians territories, a claim that is now being rejected and debunked.

The Israeli Embassy in the UK labelled the report a “shameful misrepresentation of Israel’s diverse and dynamic society,” and accused Amnesty of antisemitism.

“As a proud democracy, we looked for nuance but found only falsehood and distortion. This antisemitic report recycles lies instead of seeking truth and consolidates bad-faith attacks from those who seek to demonise the State of Israel.”

A statement by the foreign ministry added that the report “denies the state of Israel’s right to exist as the nation state of the Jewish people.”

“Its extremist language and distortion of historical context were designed to demonise Israel and pour fuel onto the fire of antisemitism.”

Israel's minister of defense has said the cost of dealing with Iran is higher now than a year ago, but less than it will be in a year, adding that Iran is just a "few weeks" from being...
Read More
Share
Tweet
Email
More
285 Shares