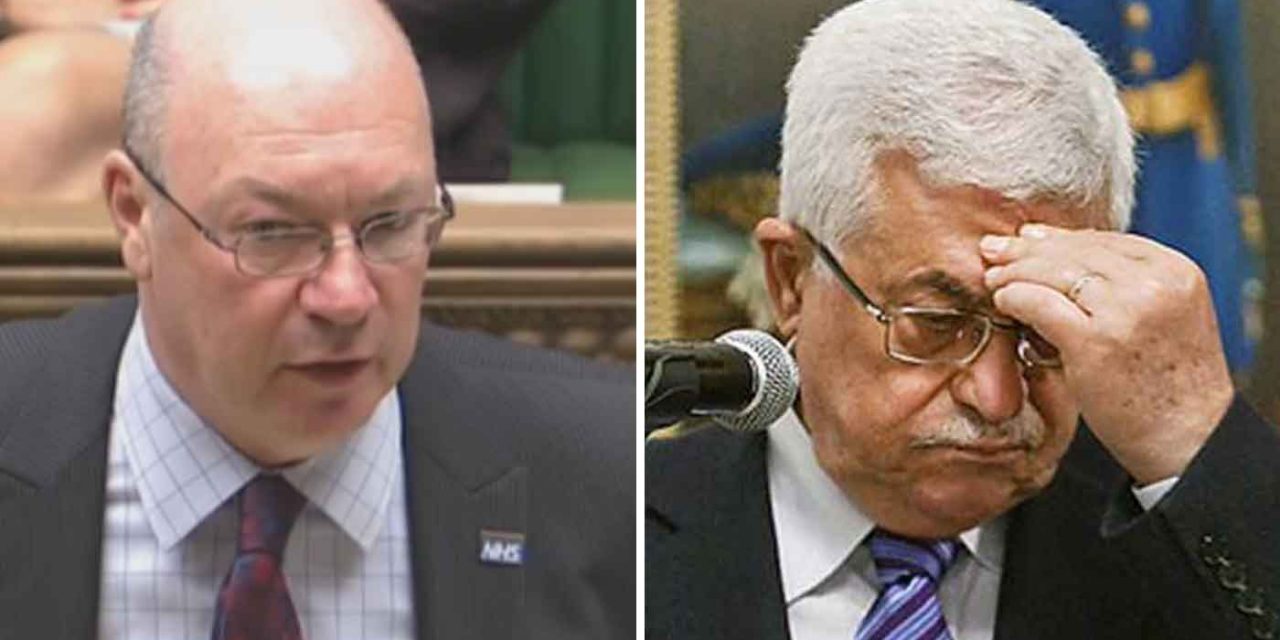 The British Government has condemned anti-Semitic language used by Palestinian Authority President Mahmoud Abbas, joining the USA, Israel a number of European countries and the United Nations in condemning the hate speech.

Middle East Minister Alistair Burt said: “The fundamentals of peace cannot be built on views of the Holocaust which fly in the face of history. Palestinian President Abbas’s comments were deeply concerning. Any attempt to justify or explain away any element of the Holocaust is unacceptable.”

He added: “President Abbas has shown a commitment to non-violence and a two-state solution. But his recent rhetoric does not serve the interests of the Palestinian people and is deeply unhelpful to the cause of peace.”

Whilst it is right that Alastair Burt has condemned the comments of Abbas, it is still strange to see him defending Abbas as being committed to “non-violence”. In 2016, Mahmoud Abbas said on Palestinian television:

“We bless every drop of blood that has been spilled for Jerusalem, which is clean and pure blood, blood spilled for Allah, Allah willing. Every Martyr (Shahid) will reach Paradise, and everyone wounded will be rewarded by Allah. The Al-Aqsa [Mosque] is ours, the Church of the Holy Sepulchre is ours, and they (Jews) have no right to defile them with their filthy feet. We will not allow them to, and we will do everything in our power to protect Jerusalem.”

These words, along with other statements he has made to his people have resulted in violence and murder of Jews in Israel. This is hardly the actions of someone who is committed to “non-violence”, so it is disappointing that our politicians feel they have to praise the Palestinian leader when he has done nothing to deserve the praise.

Unfortunately, Mahmoud Abbas has for too long pulled the wool over the eyes of political leaders in the West by speaking at the United Nations and other global bodies with words of peace whilst at the same time calling for violence when speaking to his own people.

This week’s anti-Semitic remarks from Abbas, however, show a rare occasion where the world’s press, and Labour’s Emily Thornberry, were in attendance when Abbas spoke and therefore prompted widespread condemnation. This condemnation rarely happens when Abbas speaks to his own people, even when it is caught on video.