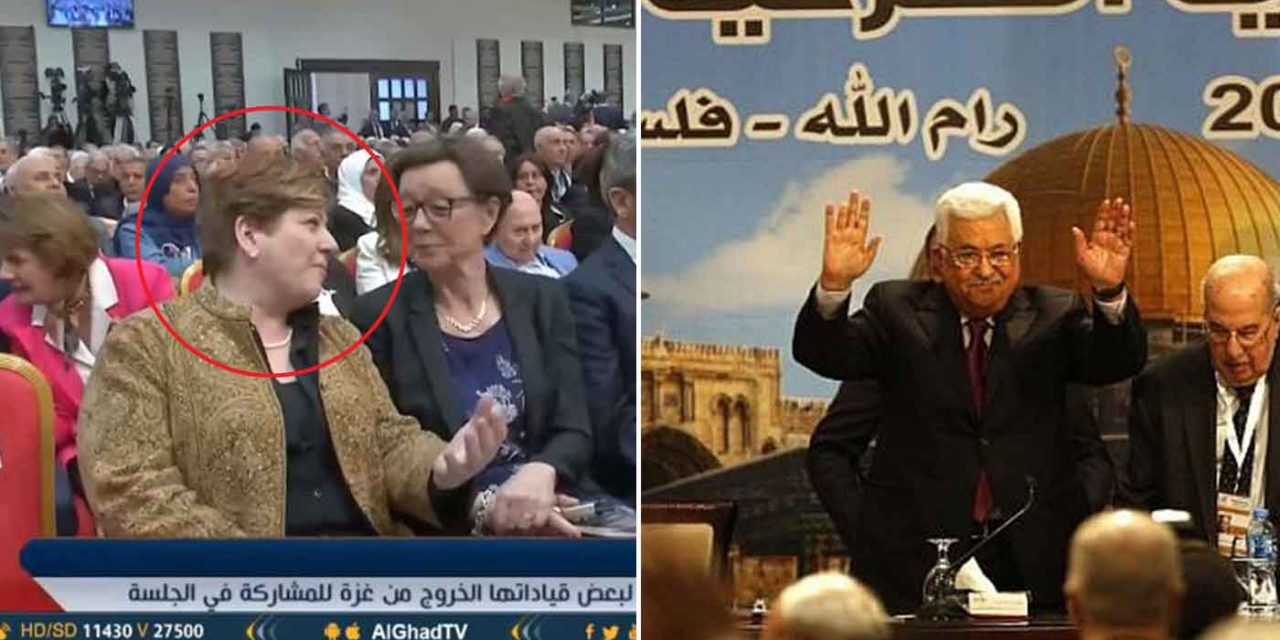 Labour’s Shadow Foreign Secretary, Emily Thornberry was in attendance when Palestinian Mahmoud Abbas made anti-Semitic comments, blaming the Jews for the Holocaust.

Thornberry was representing Labour at the Palestinian National Council (PNC) meeting in Ramallah. The Shadow Foreign Secretary confirmed her attendance in a Facebook post published after Abbas’ speech. In that speech, Abbas blamed Jews for the Holocaust, claimed Jews had no connection to the land and much more.

Shockingly, Ms Thornberry’s statement on Facebook (at the time of writing this article) fails to condemn Abbas’s comments or even mention any utterance of disagreement with the Palestinian leadership. However, she condemned President Trump for recognising Jerusalem and moving the embassy, and blamed the “Netanyahu government” for lack of peace in the region.

Her only tweet on the issue says she heard “justified anger” at the event and she welcomed “commitments to stay on the path to peace.”

My thoughts from attending the Palestinian National Council in Ramallah, where I heard justified anger but also welcome commitments to stay on the path to peace. Now the world must respond: https://t.co/VPXDTq0J08

More concerning is that Ms Thornberry issued a 1,000-word account of her time in Ramallah the day after and failed to mention the anti-Semitic comments made by the Palestinian leader and levelled no criticism of any of Abbas’s comments. She also showed worrying viewpoints in regards to recent declarations by President Trump and actions taken by Israel to defend its borders against Palestinian terrorists.

In Thornberry’s write up she said that despite calls from “rogue” voices to”abandon all peace talks, reject a two-state solution, and return to the hopeless tactics of armed struggle” she said there was a “firm rejection” of these calls from Palestinian leaders at the event.

“Yes, there was considerable anger – which I shared – particularly at recent events on the Gaza border, the devastating humanitarian crisis caused by the blockade, and the wilful aggravation of tensions and hardship by the Trump administration.

“But despite that, there were strong and unanimous declarations that this was no time to succumb to exhaustion and despair, but instead to re-state more clearly than ever their commitment to a two-state solution, with a viable, secure Palestine living alongside a secure Israel, both sides recognising each other’s right to exist, and to live in peace.”

Along with a photo she took of Abbas speaking at the event, Thornberry is also seen in several videos where the Palestinian president is speaking.

Below is a screenshot of Ms Thornberry in attendance. 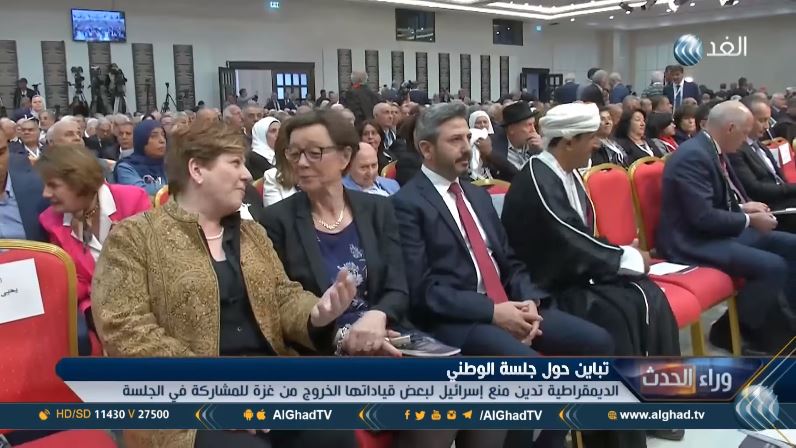 Thornberry was not simply an observer whilst in Ramallah, she also spoke at the event vowed to the Palestinian leaders gathered that the next Labour government would immediately recognize a Palestinian state.

In her Facebook post Thornberry promised the Palestinian leadership the support of her party and made “three solemn guarantees” of steps a new Labour government would take “as soon” as it comes into office.

“First, as we rightly mark this month the 70th anniversary of the foundation of the State of Israel, I said it is also right — and long overdue — for the United Kingdom to formally recognise the State of Palestine, and urge other countries to do the same, not in due course, not when the time is right, but now and without delay,” she wrote.

Secondly, she vowed her party would host an “international funding conference to address the humanitarian needs of the Palestinian people” and Palestinian refugees across the Middle East. This was necessary to make up for the funds the US administration has withheld from the United Nations agency responsible for Palestinian refugees.

“And third, I said a Labour government in Britain would immediately review the sale of arms by the United Kingdom to Israel to ensure that none of the weapons sold by our country are being used by the Netanyahu government to attack innocent Palestinian civilians in Gaza or anywhere else,” Thornberry went on.

Guido Fawkes reported on Thurdsay that a statement had been issued by Emily Thornberry where she condemns the anti-Semitism within Abbas’s speech. However, at this point in writing this has not been made public by Ms Thornberry. The single Tweet and Facebook post on this issue fail to mention any condemnation and there is no mention of the statement on her website at the time of writing.