UK: Gaza charity fronted by Galloway and praised by Corbyn “may have delivered no aid” according to Charity Commission 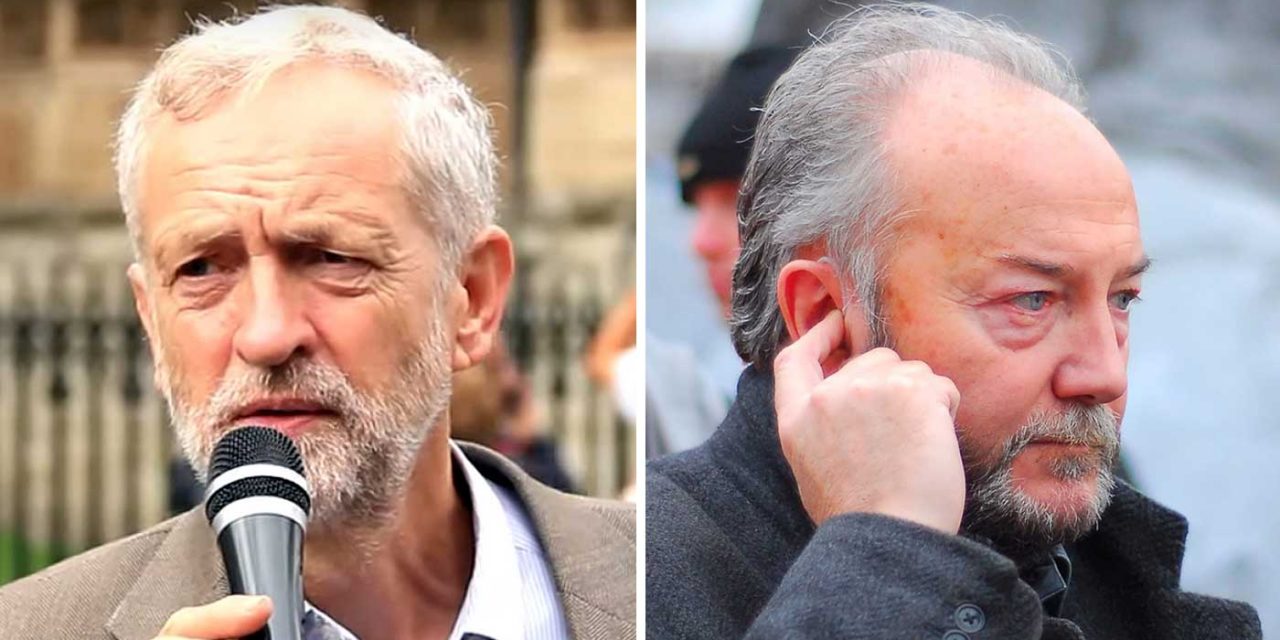 A charity set up to help needy Palestinians in Gaza, which was praised by Jeremy Corbyn and pioneered by George Galloway, may not have carried out any charitable activity according to a damning report by the Charity Commission.

Viva Palestina was set up in 2009 by a group which included George Galloway, the former Labour and Respect MP, and pledged to provide humanitarian aid to Palestinians in Gaza.

However, this month the Charity Commission released a report of the organisation, which shuttered in 2016, saying it “may not have conducted any charitable activity or distributed any humanitarian aid”.

Investigators found that “significant cash donations were received by the charity via direct bank transfer”, but that it “saw no evidence that these donated funds had been spent on their intended purpose”.

In 2010, Labour leader Jeremy Corbyn (then a backbencher MP) was speaking at a fundraising dinner said, “I’ve got the greatest admiration and respect for all those people who have worked so hard with Viva Palestina with the ships that have gone in, with the land convoys that have gone in and the aid which has been given to the people of Gaza. It is absolutely incredible and well done them.”

In fairness to Mr Corbyn, it is unlikely that he would have been privy to the inner workings of Viva Palestina or known whether their giving was effective (or even if there was any aid distributed at all). However, this is not the first time Corbyn has been associated with suspicious aid groups working in Gaza.

Corbyn said his comments at an event for Interpal, a UK based charity which has funded pro-terrorism events for children in Gaza and has also been investigated by the Charity Commission. In fact, Corbyn made his comments about Viva Palestina whilst speaking at an Interpal fundraising event.

George Galloway’s connection to the charity

George Galloway, a former MP for Labour and the Respect party (and who was sacked from TalkRadio last week over anti-Semitism), was not a trustee of Viva Palestina but did advocate for the group, acting as a celebrity face for the organisation. He also travelled to Gaza with the group’s aid convoy in 2009.

Whilst Mr Galloway last week tried to play down his position within the charity, stating he was not a trustee, in February 2009 the charity’s website had a statement from Galloway saying: “I have launched a major initiative in response to the humanitarian crisis in Gaza,” according to The Guardian.

Although not a trustee, Galloway was listed as a “subscriber” of Viva Palestina and had signed the charity’s constitution, which acts as the charity’s governing document.

The Charity Commission previously investigated and cleared Viva Palestine of providing aid directly to Hamas, the militant group which controls Gaza. And Galloway used this in his rebuttal of their most recent findings, arguing, “Did I ‘deliver aid to Hamas’ in Gaza… or was there in fact ‘no aid'”.

The truth is that George Galloway did take part in apparent “aid convoys” into Gaza. Dozens of vehicles were driven from the UK, down through Europe, across North Africa and up into Israel via Egypt. However, whilst Viva Palestina was mentioned in the convoys, the amount of aid being given through these convoys was not documented and Galloway in 2009 described these types of convoys as “symbolic”.

“Our convoys are symbolic, totemic, they’re supposed to inspire public opinion to demand an end to the siege,” Galloway said in an interview with Iranian backed Press TV.

Whilst there is no evidence of aid being given either to Hamas or the Palestinian people through Viva Palestina directly, there is evidence that the aid convoys existed. There is also evidence that George Galloway himself met with Hamas terrorist leaders and donated his personal funds to the organisation.

The inquiry into Viva Palestina and their findings

The Charity Commission released its report on Viva Palestina earlier this month.

“It was difficult for the inquiry to establish with any certainty whether any charitable activity had taken place, as it found little if any evidence that humanitarian aid was distributed to those in need in accordance with the charity’s objects.”

“Whilst the inquiry saw some evidence that monies had been used to purchase medical supplies in line with the charity’s objects, the commission concludes that the charity’s financial and other records were so poor that it was difficult to establish with any certainty whether any charitable activity had taken place.”

Viva Palestina’s trustees also failed to provide any accounts for the commission’s inquiry, in a breach of charity law and their own promises.

“Our investigation into Viva Palestina found that it was a wholly inadequately managed charity.

“A trustee is by its name a trusted position, acting for the public benefit to help others. The public has a right to expect that those who serve as charity trustees take their responsibilities seriously, properly accounting for the charity’s income, assets, activities and its expenditure.

“This didn’t happen in the case of Viva Palestina. Our inquiry shows that the former trustees did not pay proper attention to the legal responsibilities involved in running a charity and handling funds donated by the public.

“We found little evidence that the intended beneficiaries received the support intended, despite the extensive fundraising by Viva Palestina. The former trustees thus badly let down the public to whom the charity is accountable.”

After it was founded in 2009, Viva Palestina did not apply to register as a charity, although the Charity Commission decided it should be considered as such “based on [its] media fundraising campaign”, it said.

The 2009 statutory inquiry was opened after the regulator “exhausted all reasonable methods of dialogue” with Viva Palestina, it said.

Viva Palestina was struck off the charities register in 2016.