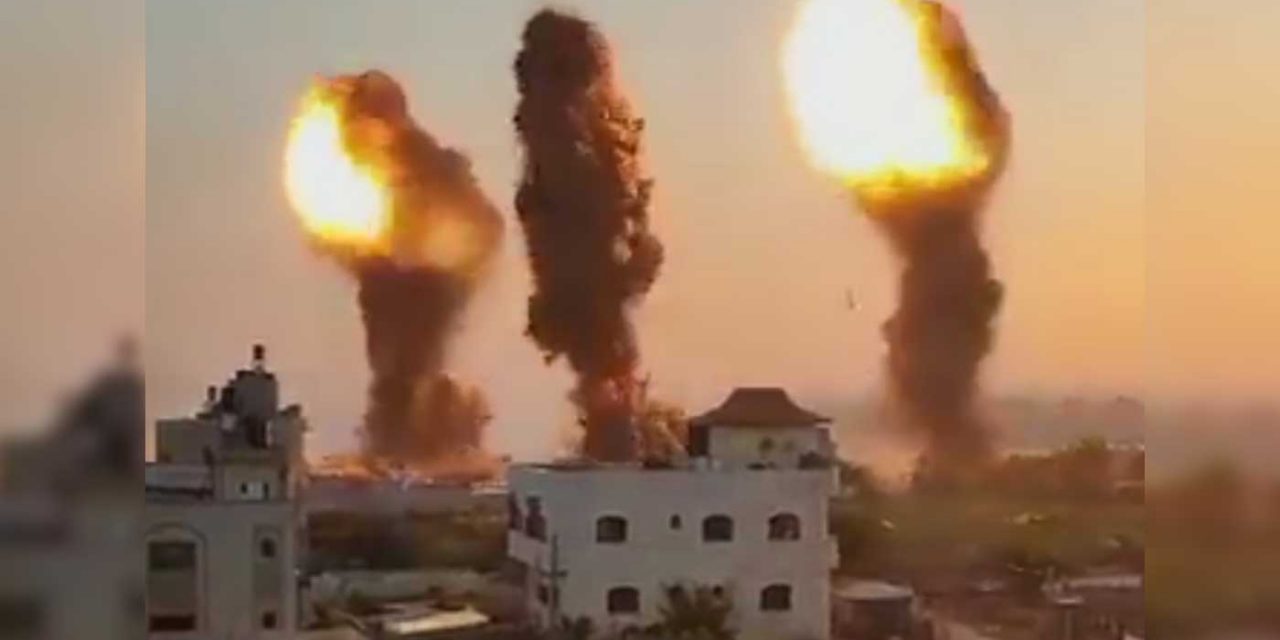 An Israeli airstrike in the Gaza Strip on Saturday has significantly set back the Hamas terror group’s weapon production capabilities, military officials said.

The major strike against the Hamas underground facility came in response to rockets launched from the coastal enclave at southern Israel, which caused no injuries or damage.

The Israel Defense Forces said Saturday that the targeted facility was “one of the largest and most important sites in the Strip for the production of base materials for rockets by terror groups,” asserting that the attack would significantly impede the terror group’s rocket-making.

“In this specific case, [the IDF struck] 16 tons of explosives in an underground UAV production hall and facility,” Kochav said.

In response to additional rocket fire on Saturday, the military struck another Hamas site, which it said was used as an weapon production facility.

Read the full story at the Times of Israel