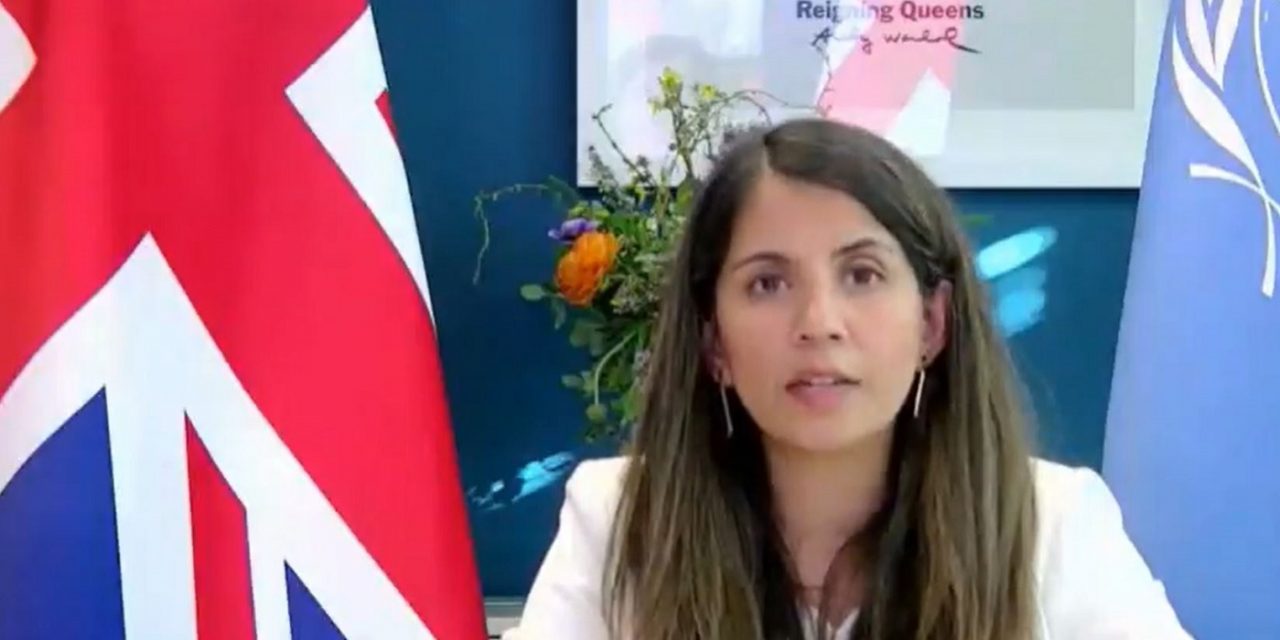 The UK has disappointedly abstained in a biased resolution that was approved at the UN Human Rights Council calling for an arms embargo against Israel. The controversial motion received support from many European nations, but was not attended by Bahrain in a notably nod of disapproval.

The resolution was placed by the Palestinian Authority under Agenda Item 2, instead of the infamous Agenda Item 7 which is a mandated singling out of Israel at every UNHRC session, the only country to receive such treatment. However, there has been growing opposition to Agenda Item 7 among some countries that have voiced concern over the exclusive use of an entire Agenda Item focused on bias against Israel. This included the UK which kept its word by voting against all three resolutions placed under Item 7 as a matter of principle again this year. But the PA has strategically transferred some items into Agenda Item 2, a move welcomed by the UK.

The UK believes that resolutions outside of Item 7 can be better considered on a case-by-case basis in their own merit, but the problem of bias against Israel at the UNHRC remains the same. Rather than voting no, British envoy Julian Braithwaite thanked the PA, but said that it had still abstained, because it had not also included condemnations of Hamas.

But conservative MP, Stephen Crabb, reacted saying the UK hadn’t gone far enough: “Disappointing to see UK not among those nations opposing the Item 2 vote at the UNHRC today,” said Crabb in a tweet, “The UK has rightly called out anti-Israel bias at the UN and Conservative colleagues strongly support this position. These divisive resolutions must be contested in the future.”

“The UNHRC’s failure to condemn Hamas and instead target Israel for sustained criticism will do little to advance the cause of peace,” he said.

Disappointing to see UK not among those nations opposing the Item 2 vote at the UNHRC today. The UK has rightly called out anti-Israel bias at the UN and Conservative colleagues strongly support this position. These divisive resolutions must be contested in the future.

The text called for UN member states to

But Israel’s Ambassador to the UN in Geneva Meirav Shachar rightly pointed out that the relocation of the resolution did not address the issue of bias against Israel.
“This resolution may be presented under Item 2 but it still contains the same one-sided, distorted understanding of the situation on the ground like its Item 7 predecessors.
“When I look through this resolution, I am amazed that members of the Council could ever consider this a fair and balanced resolution. It does not reflect the reality on the ground, and if anything this resolution will contribute to the polarization of the conflict,” Shachar said.
The text makes no mention of Hamas and “only mentions terrorism and incitement when condemning Israel, and does not attribute any responsibility to Palestinian actors,” she said.
Nor does it mention the positive cooperation between Israel and the PA on combating the COVID-19 pandemic, she said.
The purpose of this text “is not to ensure accountability and justice, nor to objectively assess the human rights situation. The sole purpose of this resolution, by those who wrote it and those who support it, is to negate Israel.

“Any member state who votes in favor of this resolution, and backs its narrative, cannot be an honest broker when it comes to peace in the Middle East,” Shachar said.

The six countries that opposed the resolution were Austria, Brazil, Bulgaria, Cameroon, Malawi and Togo.
In an unusual move, Bahrain, which typically approves texts bashing Israel at the United Nations, was absent for the vote. It is the first time that this has occurred.

Despite abstaining for the resolution under Item 2, the UK kept its promise to vote against all three resolutions under Agenda Item 7. This included resolutions condemning settlements and the so-called Israeli “occupation” of the West Bank and east Jerusalem, which saw the UK and Czech Republic stand with Israel. It also included a motion slamming Israeli sovereignty over the Golan Heights, which had the least support with 18 votes against, but still passed.

Israel’s Foreign Minister Gabi Ashkenazi attacked the UNHRC on Twitter, stating that it had “once again proven itself to be an anti-Israel, discriminatory, and hypocritical body.

“I thank all the countries who chose not to lend a hand to this circus and the systematic discrimination against Israel,” he added.
British envoy Rita French said that her country opposed all three texts debated under Agenda Item 7, including the one condemning Israeli sovereignty on the Golan.
“Today we will vote against these three resolutions as a vote against Item 7,” French said.
She said the UK supports the Palestinian right to self-determination and opposes Israeli settlement activity, but is still opposed to the resolutions that deal with these matters because they were brought forward under Item 7. Similarly, French said, Great Britain believes in legitimate scrutiny and criticism of Israeli actions in the West Bank as long as it did not occur under Agenda Item 7.
“Our votes today are a vote against the persistent disproportionate focus on Israel and the unfair and implicit supposition that Israel’s conduct deserves greater scrutiny than any other country,” French said.

UK voting no on all three motions brought under item 7 at #UNHRC pic.twitter.com/Ls4fWMnDeF

The European Union and Germany also criticised the resolution against Israeli sovereignty on the Golan Heights, something that they accuse Israel of being against international law, but were concerned about the biased nature of the text and therefore voted against it.
Austrian envoy Ellisabeth Tichy-Fisslberger issued a statement on behalf of the EU saying the text speaks of the “suffering of Syrian citizens due to Israeli actions but nowhere mentions the suffering caused by the Syrian regime,” she said.
Suggested EU amendments to the text have been disregarded, she said.
“The EU can not support the resolution and the EU member of the UNHRC will vote against it,” she said.
German envoy Michael Frelherr von Ungern-Sternberg said that “while hundreds of thousands of Syrians suffer at the hands of the regime, this text focuses only on Israel.”
The Palestinian envoy to the UN Ibrahim Khraishi said he was surprised that some countries had discovered that Agenda Item 7 targets Israel, when for years they had accepted the situation and blamed the legacy of former US ambassador to the UN, Nikki Haley.
He suggested that opposition to Agenda Item 7 is a leftover remnant of the Trump administration which Khraishi said had attempted to undermine international organs and mechanisms, such as the UNHRC.
“It is important to get over this legacy” and strengthen international law, Khraishi said.
More significantly, the resolutions put forward issues that should have global support, like the right of Palestinian determination.
“It’s not possible under any pretext to vote against or to abstain from voting on the right of our Palestinian people to self-determination,” Khraishi said.
Those who are against settlements, should also support those resolutions that condemn them, he said.
“This is our land, we will not leave our land and we rely on our friends in order to put an end one day to this occupation so that we can fulfill our right to self-determination,” Khraishi said.
Israel’s Ambassador to the UN Meirav Eilon Shahar Item 7 “was not created to improve the human rights of Palestinians, it was created to negate Israel and institutionalize hatred and bias against the only Jewish State.”
As long as Item 7 remains on the council’s agenda, “it represents a collective failure to address human rights in a fair and balanced manner,” Shahar said.
“The removal of Item 7 will not happen unless states act. It will only be achieved by those with a conscience, those who identify not only the hatred that this Item encourages, but the deeper, more troubling reason for this institutionalized bias and hatred against Israel,” Shahar said.