Uganda could open embassy in Jerusalem “in the near future” 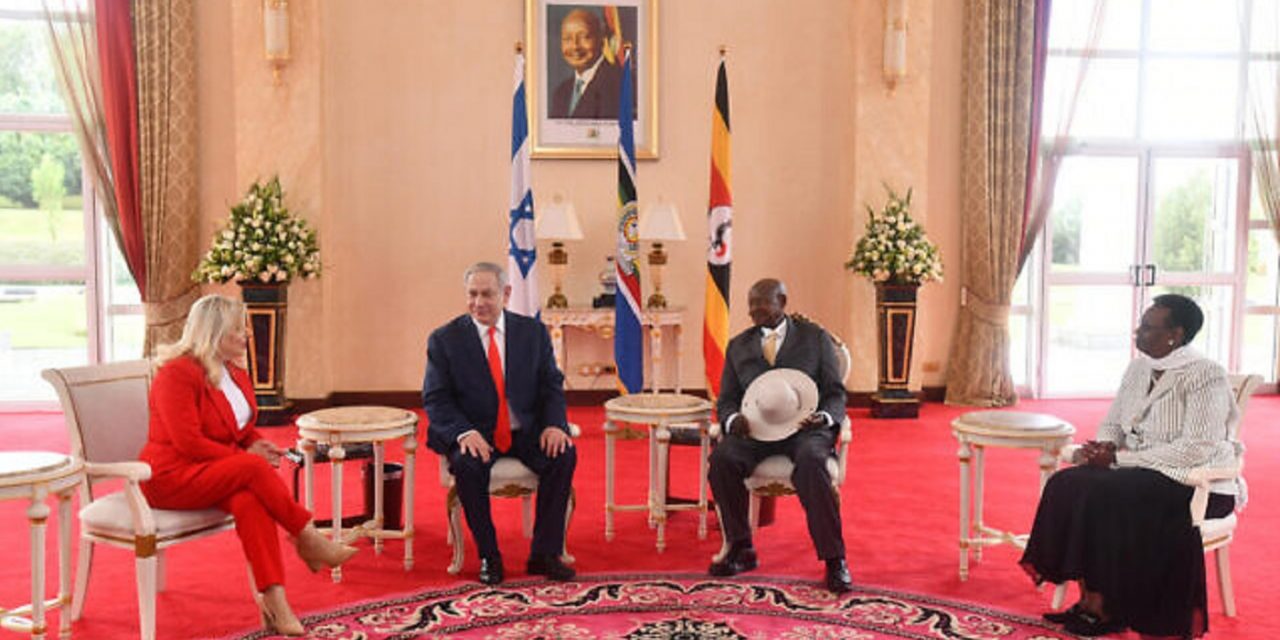 Ugandan President Yoweri Museveni told Prime Minister Benjamin Netanyahu that he would look into the possibility of opening an embassy in Jerusalem, as the Israeli leader made a lightning trip to the African country.

Netanyahu said he was hoping they could move ahead on the embassies “in the near future.”

Uganda does not currently have an embassy in Israel. The Israeli ambassador in neighboring Kenya also serves as ambassador to Kampala.

Netanyahu landed Monday at Entebbe International Airport, a few kilometers south of the capital Kampala. His El Al plane landed only several meters from the very terminal where the prime minister’s brother Yonatan was killed during a daring raid to liberate Jewish hostages, 43 years ago.

Netanyahu’s delegation, which included Mossad chief Yossi Cohen, was welcomed at the airport by Ugandan Prime Minister Ruhakana Rugunda. The Israelis guests were treated to red carpet treatment, including an honor guard and the performance of a traditional local dance.

During the visit, Netanyahu also met with Sudanese leader Gen. Abdel-Fattah Burhan and the two agreed to start normalizing ties.

“We agreed to begin cooperation that will lead to normalization of relations between the two countries,” Netanyahu tweeted. “History!”