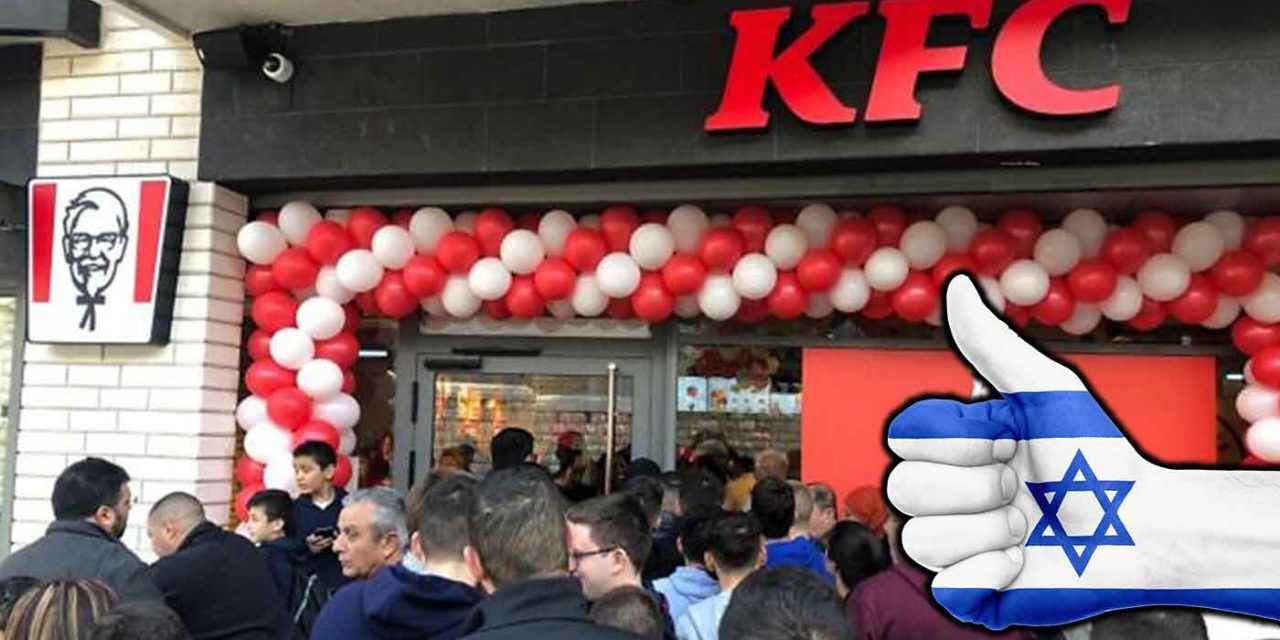 Anti-Israel BDS activists have even less choice when eating out now as KFC has returned to Israel.

Previously the chain only had outlets in the Palestinian territories after failing to crack the Israeli market. They previously had modified recipes to suit the kosher diet, however, they have now resorted to their original recipe and the new stores are under KFC’s direct ownership rather than being franchised.

McDonald’s has in the past seen anti-Israel activists hold demonstrations against them for their connection with Israel. The BDS campaign lists McDonalds as one of its companies to avoid. Now it seems KFC is due to be added to the list, much to the dismay of anti-Israel protesters looking for their fried chicken fix.

KFC opened and closed in Israel in the 1980s and 90s, and then remained open between 2003 and 2012. In all three previous cases the brand was operated by local franchises rather than the parent company itself.

However, unlike previous iterations of the chain in Israel, the newest restaurant in Nazareth is not kosher.

In previous cases the famous fried chicken recipe was modified to hew to Jewish dietary laws, but these changes made the food more expensive and, according to some consumers, less tasty than the American original.

Zeidner said they would soon open the KFC flagship restaurant in Tel Aviv. The restaurant in Nazareth is the first of dozens of KFC locations set to open across the country in the coming years.

The KFC menu in Israel offers the same options as in the rest of its 23,000 restaurants in more than 141 countries. It already has six outlets in three West Bank Palestinian cities.

The movement to boycott Israel is fuelling antisemitic incidents in the UK and is even directly linked to recent attacks in the London borough of Stamford Hill, according to Communities...
Read More

The UK has over 80 embassies in capital cities around the world, but not in Israel's, despite having a consulate in Jerusalem that ONLY serves Palestinians.Instead, the UK embassy is in...
Read More