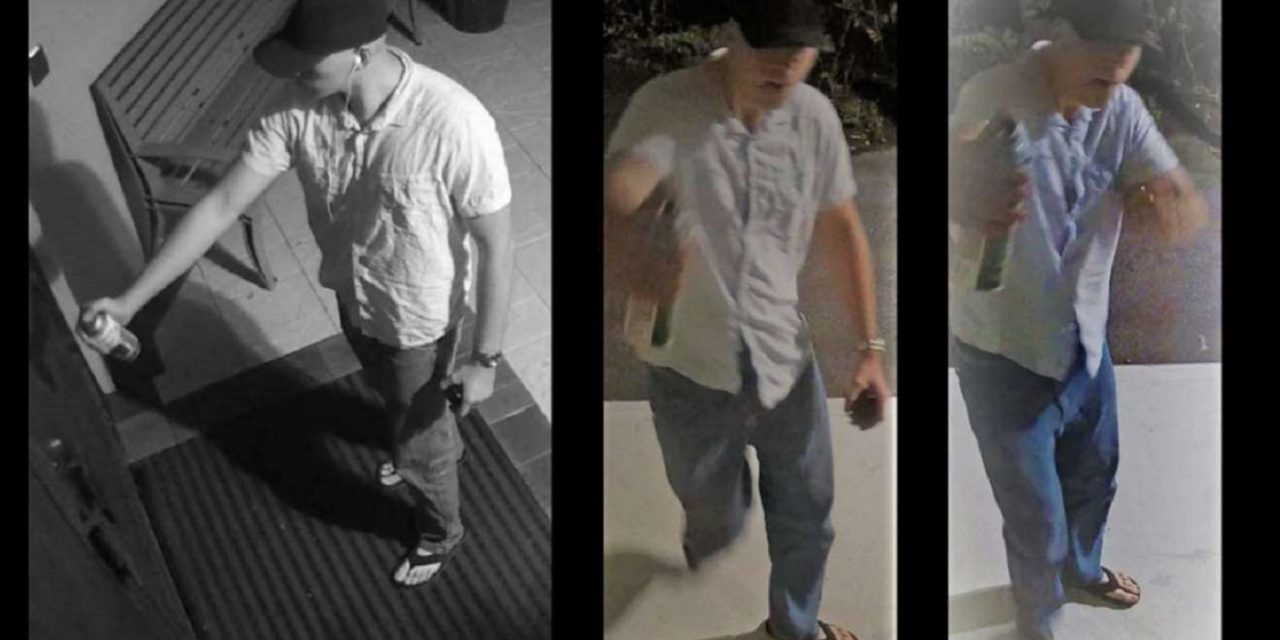 A 21-year-old man has been charged after two synagogues in Sarasota, Florida, were vandalized with swastikas and other unspecified hateful message.
The incidents took place at Temple Sinai and Temple Emanu-El, but the perpetrator was caught after police released CCTV footage.
The Temple Sinai campus was extensively vandalized, including many walls made of porous Jerusalem stone, making the removal of the messages difficult. It is the second time that Temple Emanu El has been attacked in the last four months. In April, swastikas were spray painted on the doors of the synagogue.
The Sarasota Sheriff’s office told the newspaper that a man was seen on surveillance video on the grounds of Temple Emanu-El at around 2 a.m. Video shows the same man on the grounds of Temple Sinai later on the same morning.
Following the release of security camera images and video from each incident, detectives received tips from the public identifying Vincent Martinez, 21, of Sarasota as a possible suspect.
https://youtu.be/B9vDnxv6bWU

An investigation revealed that Martinez used a nearby ATM approximately 20 minutes after the first incident occurred wearing similar clothing seen in security footage. Detectives linked him to the second two incidents through cellphone records.

“The Sarasota County Sheriff’s Office takes hate crimes such as these very seriously,” said Col. Kurt A. Hoffman. “Our detectives worked tirelessly with help from the community to bring this case to a successful conclusion.”

Martinez faces three counts of criminal mischief by defacing and damaging a synagogue, a third-degree felony punishable by a fine up to $5,000 and five years in jail. He is currently at a secure medical facility pending his arrest on warrants issued Wednesday.

Rabbi Elaine Rose Glickman of Temple Emanu-El said her congregation is grateful for the work of the Sheriff’s Office to find the individual involved.

“We at Temple Emanu-El have been so uplifted by support we have received from people and organizations around the community,” Glickman said. “It has meant so much in a dark time.”

While the alleged perpetrator is young, Glickman said she hopes that justice can lead to learning.

“There is always time to learn and change our ways and always time to move toward fairness and justice and tolerance and openness and love,” she said. “Right now, Jewish communities all over the world are preparing for our high holidays. We look to our deeds of the past year and look ahead. We look at ways we might change.”

Ellen Bender, president of Temple Sinai, shared Glickman’s hope that the alleged vandal could be educated. She was relieved that a suspect had been arrested.

“Frankly, I am actually shocked that this was a very young fellow — 21 years old,” Bender said. “I don’t know how you build up that much hate at such a young age. We are relieved he has been apprehended.