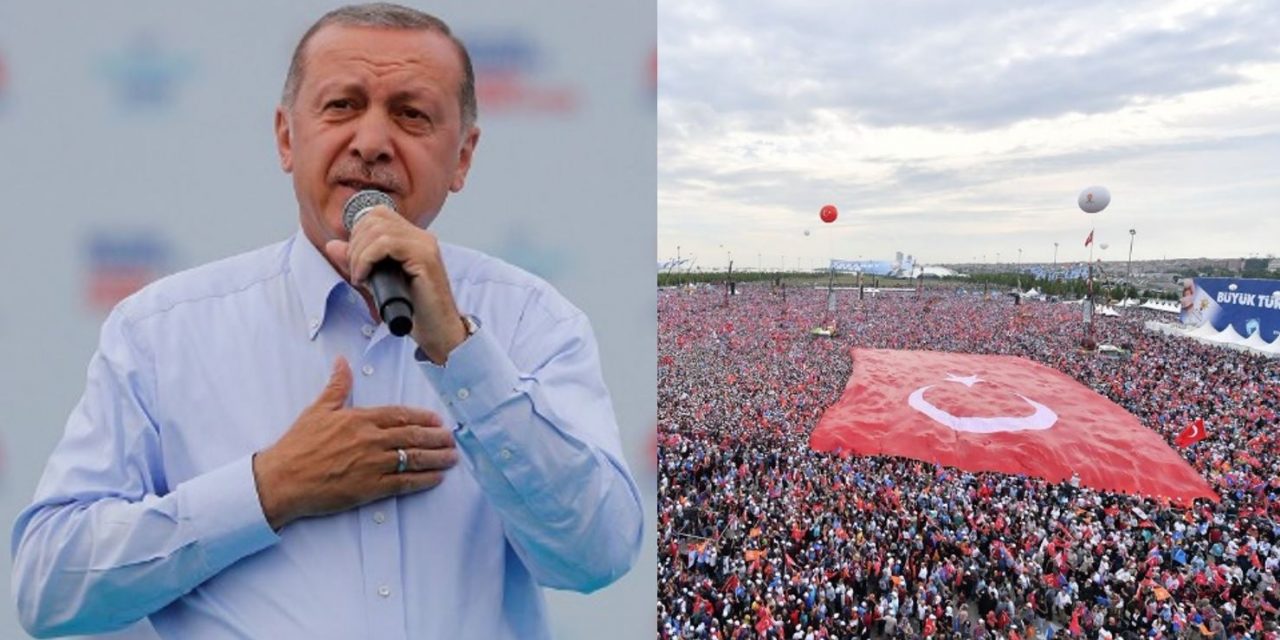 Turkey’s President Erdogan has warned of a “coming war between the cross and the crescent,” hitting back at the Austrian Chancellor’s recent efforts to tackle Islamic extremism.

Chancellor Sebastian Kurtz recently announced plans to shut down seven mosques and expel 60 Imams accused of spreading radical Islam and being funded illegally by the Turkish government in what it described as “just the beginning” of a crackdown on “political Islam” and foreign-funded Islamic communities. It also follows the publication of photos from inside the mosques that surfaced on the internet showing Turkish children being trained to be martyrs.

In a speech at an election campaign rally in Istanbul, Erdogan said, “They (Austria) have all but declared war on worship, the azan, and the mosques. What is the difference between Austria’s chancellor today and the mentality of old times?”

“These measures taken by the Austrian prime minister are, I fear, leading the world towards a war between the cross and the crescent.

‘They say they’re going to throw our clerics out of Austria. Do you think we will not do anything?

“That means we too will do something,’ he added without elaborating.”

The AKP is preparing Turkish children in Europe for war: In Austrian ATIB mosques operated by the Turkish state, young boys in military uniforms are prepared to die as martyr, playing „dead soldiers“ who are wrapped in the Turkish flag. pic.twitter.com/WlMN37zvhG

Erdogan’s speech comes in the run-up to one of the most important elections in Turkey’s modern history on Sunday 24 June.

Victory would mean that Erdogan remains president until 2023 – the centenary of the founding of the Turkish Republic. Amid a volatile political, security and economic situation, Erdogan says he was led to call an early election to ensure that the country has a firm and stable government as it passes through troubled waters.

The president has called the election “a milestone” in which victory will enable Turkey “to take the stage as a global power”. Whilst opposition parties fear it may be the last relatively free elections before a further descent into authoritarianism.

In May Erdogan said that he will review economic and trade ties with Israel, and urged Islamic countries to uphold a recent decision calling for economic sanctions against any country that follows the US in moving its embassy to Jerusalem or recognises the city as Israel’s capital.

Relations between Israel and Turkey soured dramatically in the aftermath of violence on the Israel-Gaza border, leading to a diplomatic spat that saw Turkey expel the Isreali Ambassador to the country, which was reciprocated by Israel.

Last week the Austrian PM broke with EU protocol in visiting the Western Wall whilst on a official visit to Israel. Chancellor Kurz said during a meeting with Prime Minister Netanyahu that he would ““raise awareness in Europe for the special situation and the special security needs of Israel.”

Speaking at the AJC Global Forum in Jerusalem, Kurz went to great length to accept Austria’s wartime guilt and to assure his audience that his government will do whatever it takes to teach about the Holocaust to young people and fight anti-Semitism, both from the far-right and newer sources of it in Muslim migrant communities.

Austria, Kurz said, was not only a victim of Nazism – as the country widely portrayed itself up until the 1990s – but also a perpetrator of Nazi crimes. As such, he continued, the country has a responsibility not only to its Jews but also to the country of the Jews.