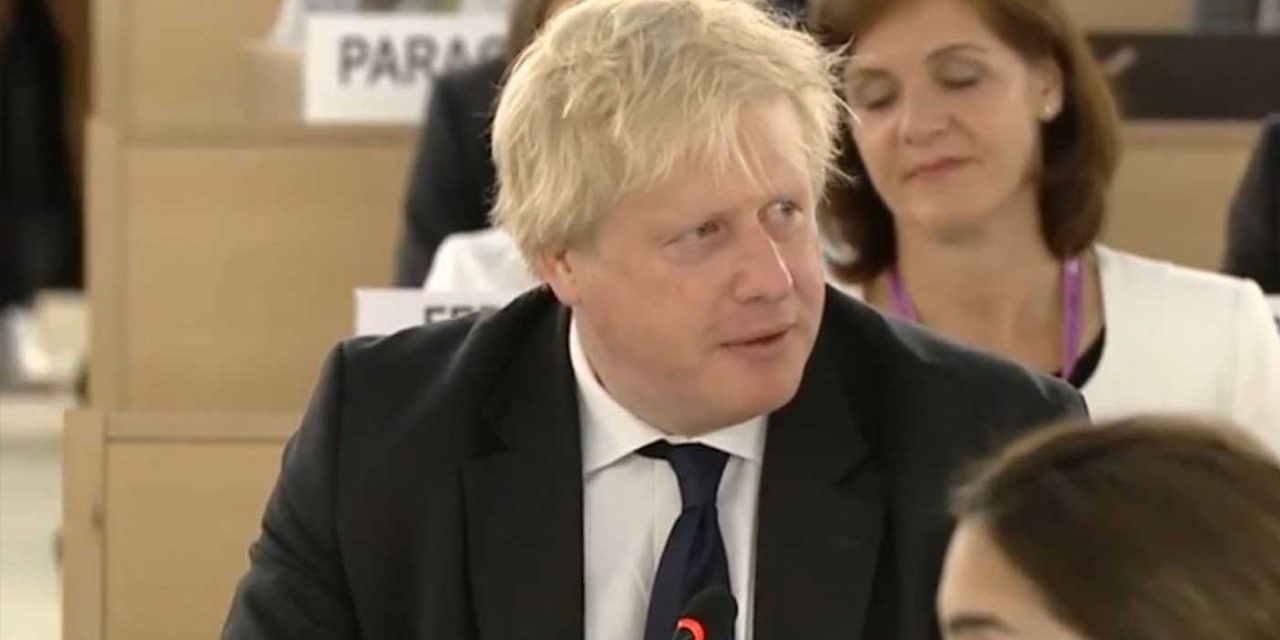 UK Foreign Secretary Boris Johnson has criticised the United Nations Human Rights Council’s bias against Israel, calling it “disproportionate and damaging to the cause of peace”. He also vowed the UK would vote against all anti-Israel resolutions next year unless things changed.

Speaking to the Human Rights Council, Mr Johnson said that its dedicated agenda item on “Israel and the Occupied Palestinian Territories” was “disproportionate and damaging to the cause of peace”.

Mr Johnson also said that “unless things change we shall move to vote against all resolutions introduced under item seven”.

He also said, “I stress that that does not mean that we in the UK are blind to the value of this council” but stressed that they could do more “on the Israeli-Palestinian conflict under the right agenda item.”

The move has been welcomed by Jewish groups in the UK. For example, the Jewish Leadership Council tweeted: “We welcome the Foreign Secretary’s statement at the Human Rights Council that its permanent agenda item on Israel is “disproportionate and damaging to the cause of peace”. The HRC [Human Rights Council] consistently ignores the worst human rights abuses in the world proving it is not an honest broker.”

Boris Johnson has spoken out against the bias against Israel at the UN Human Rights Council today. He called the permanent agenda item on Israel and the Palestinians as "disproportionate and damaging" and said the UK will vote "against all resolutions" against Israel under that agenda item if things don't change.Seeing as the UNHRC is unlikely to change, we will see if the UK really does vote against all these anti-Israel resolutions!#Boris #UNHRC #PrayforIsrael #StandwithIsrael #CUFI

Posted by Christians United for Israel – UK on Monday, 18 June 2018