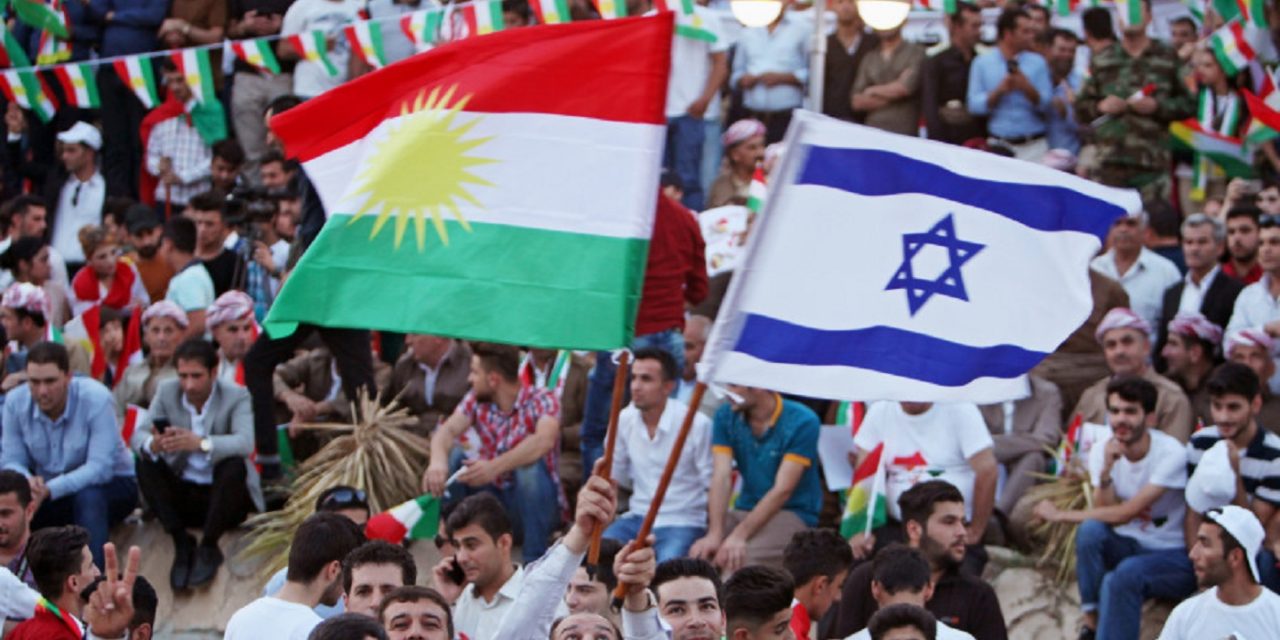 Turkish President Recep Tayyip Erdogan has threatened a military intervention in Iraq in response to the Iraqi Kurdish region’s referendum on independence from Baghdad.

Erdogan, speaking at a conference in the Turkish capital of Ankara as Iraqi Kurds voted in their region on Monday, said that Kurdish independence was unacceptable to his country and that this was a “matter of survival.”

It comes as Israel became the first state in the world to back an independent Kurdistan.

According to the Daily Telegraph, Netanyahu said in a statement, “(Israel) supports the legitimate efforts of the Kurdish people to achieve their own state.”

Mr Netanyahu said Israel does however consider the Turkey-based Kurdistan Workers Party (PKK) a terrorist group, taking the same position as Turkey, the United States and the European Union.

Mr Netanyahu voiced support for “the Kurds’ aspirations for independence” in a speech in 2014, saying they deserve “political independence”. However his latest remarks appeared to be a more direct endorsement of the creation of a Kurdish state.

Interestingly, blue and white Israel flags have become a common sight in the Kurdish regional capital, Irbil. Some Kurds fly them on their cars. Others waved them enthusiastically at massive rallies ahead of Monday’s referendum on independence.

The Israeli relationship with the Kurds has deep roots according to a report in the Washington Post. Kurdistan’s Jews trace their heritage to the members of the Israelite tribe of Benjamin, who arrived in the area in the 8th century B.C. Today, there are more than 200,000 Kurdish Jews in Israel.

Following what was known in Iraq as the “Farhud” — violence and looting targeting the country’s Jewish population — the Kurds played a pivotal role in helping Jews escape. Jewish families have recounted how Masoud Barzani, now president of the Kurdistan regional government, personally helped smuggle them out over the mountains.

During the 1970s, Israel provided military support to the Kurds, including trainers and antiaircraft weaponry, according to the Mossad intelligency agency’s station chief in Irbil at the time.

The referendum though, has shone a new spotlight on the relationship, and at least some Kurds appear to be sensitive to that sentiment. Last week, a man entering a referendum rally in Irbil’s main park was stopped by police who confiscated an Israeli flag he carried. The police officer folded the flag neatly and placed it on the back seat of his vehicle.

On Monday Erdogan said Turkey would take political, economic as well as military measures against Iraqi Kurds’ steps toward independence and also suggested that Turkey could halt oil flows from a pipeline from northern Iraq.

Erdogan said: “Let’s see where — and through which channels — will they sell their oil. We have the valve. The moment we shut the valve, that’s the end of it.”

The Turkish leader said a border crossing with Iraq had been closed in one direction and that Turkey would shut it entirely.