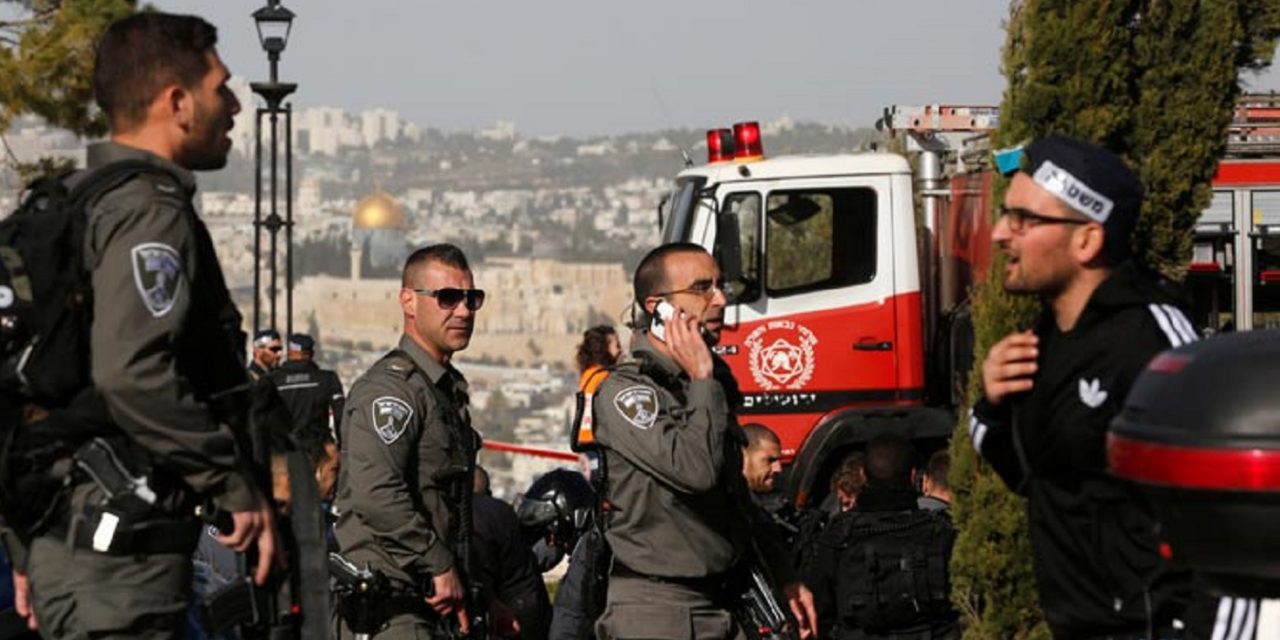 UPDATE:  The three Israelis killed in a terror attack at Har Adar on Tuesday have been named as border policeman Solomon Gavriyah, 20, and civilian security guards Youssef Ottman, 25, from Abu Ghosh and Or Arish, 25, a resident of Har Adar.

A fourth victim — the head security officer of Har Adar — was seriously injured in the attack. He underwent surgery at the Hadassah Hospital Ein Kerem in Jerusalem after suffering two bullet wounds and his condition was afterwards described as stable and moderate.

A Palestinian terrorist on Tuesday shot and murdered three Israelis – two security men and one Border Policeman – and seriously wounded another security guard in the community of Har Adar, just north of Jerusalem.

The incident occurred at the rear entrance to the community, as Palestinian employees were arriving, including the terrorist, who had a work permit. Security officials began suspecting him, at which point he extracted a weapon from his shirt and fired, hitting four.

They managed to fire back and eliminated the terrorist.

The 37-year-old approached the entrance to Har Adar just before 7 a.m.

He “aroused the suspicion” of officers on the scene, who called for him to stop. The terrorist then took a pistol out of his shirt and shot at the Israelis, before being gunned down, police said.

He killed a Border Police officer and two private security guards, all in their 20s. They all sustained gunshot wounds to the upper body.

FACES OF TERROR:37yo Muslim terrorist aroused the suspicions of forces stationed at the gate of the Jewish community Har Adar near Jerusalem pic.twitter.com/JgkZ9kvkYU

The slain Border Police officer was identified as Solomon Gavriyah, 20, from Be’er Yaakov.

One of the security guards killed in the attack, Yosef Ottman, was a resident of the nearby Arab Israeli community of Abu Ghosh. The second was a resident of Har Adar, according to the Zaka emergency response organization. He wasn’t immediately identified. 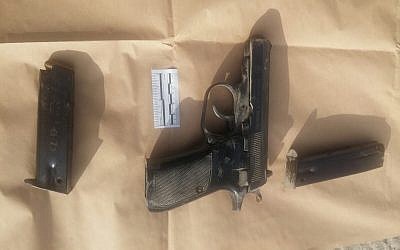 The seriously injured victim was identified as Har Adar’s security coordinator. He suffered gunshot wounds to the stomach and chest, and was fully conscious when he was taken to Jerusalem’s Hadassah Hospital Ein Kerem. Upon reaching the hospital, he was taken to an operating room for surgery, a Hadassah spokesperson said.

Israel Police Commissioner Roni Alsheich, who arrived at the scene of the attack, said the terrorist “was known to those who greet the workers in the morning.”

He praised the response of security personnel at the scene, saying a border policeman and a policewoman in a nearby jeep opened fire on the attacker, “otherwise he could have entered the town and carried on with his murderous errand.”

3 Israelis murdered & a 4th wounded by a Muslim terrorist in a terror attack in the town of Har Adar near Jerusalem. Terrorist eliminated. pic.twitter.com/q16H2Fabo1