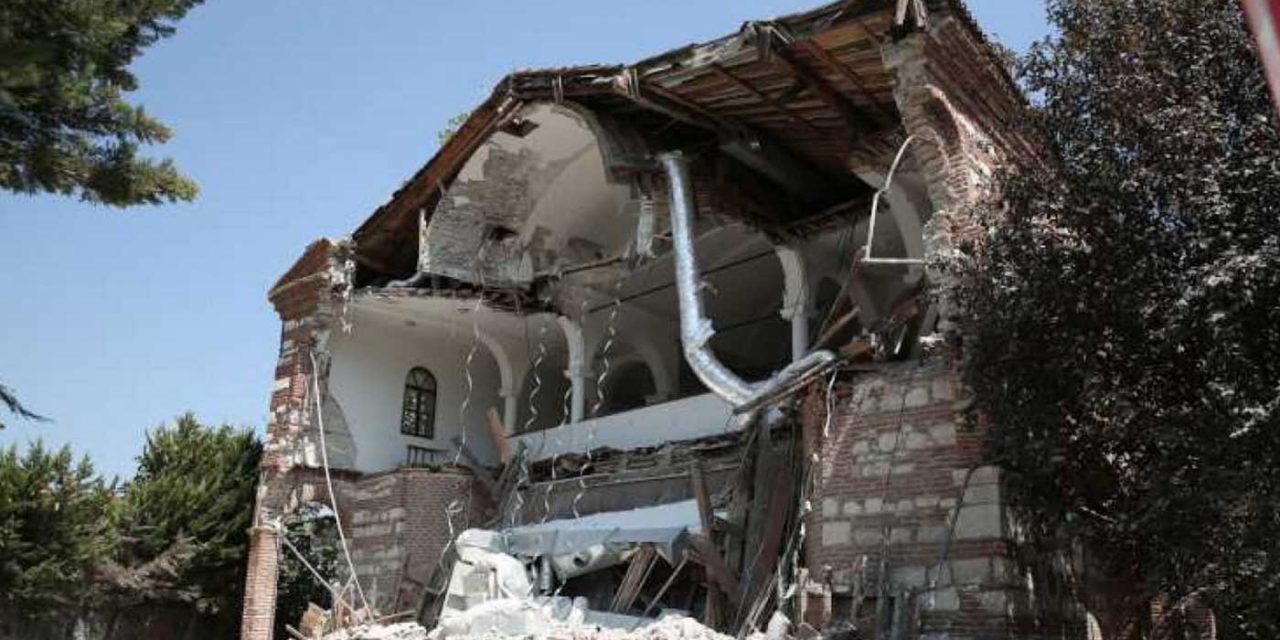 The Greek Orthodox Church of St. Georgios had been restored and transformed into a cultural center by the Nilüfer Municipality in Bursa. The municipality took over the church in 2006 and invested some 2 million Turkish lira in restorations, reopening it as the Özlüce Cultural House.

Seven years ago, however, an Islamic organization called the regional Directorate General of Pious Foundations filed a lawsuit to gain ownership rights over the church and in 2013 proprietorship was assigned to the İnesiye Village Mosque Foundation. After the transfer, the building received no regular maintenance and was allowed to go to ruin.

In the past, the 19th-century structure had been used as both a Christian church and a mosque, leading to its designation as the Hagia Sophia of Bursa.

The local mayor Turgay Erdem expressed regret over the situation, lamenting the neglect that led to the building’s demise.

Read the full story at Breitbart