Trump: “We must put an end to Iran’s continued aggression and nuclear ambitions” 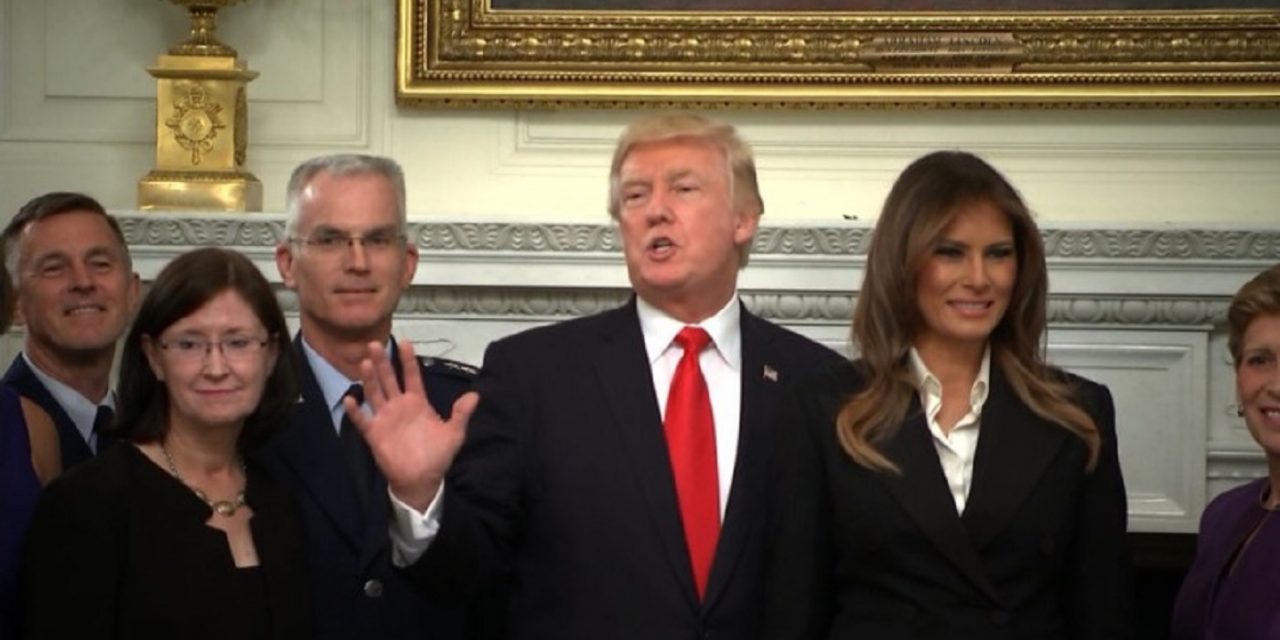 President Donald Trump suggested Thursday that his administration was prepared to take dramatic action against the Iranian regime, speaking out during a meeting with military leaders and their families in the White House.

At the meeting, the president teased reporters with suggestions the gathering was “the calm before the storm”, without elaborating.

The president invited reporters for the photo op during the meeting, which preceded a White House dinner with military leaders and their families, yet declined to explain the significance of the event.

Trump asked journalists present if they knew “what this represents”.

“Maybe it’s the calm before the storm,” the president added. “You’ll find out.”

President Trump also made a reference to the Iranian government during the meeting, addressing Iranian aggression generally.

“The Iranian regime supports terrorism and exports violence, bloodshed and chaos across the Middle East,” Trump said. “That is why we must put an end to Iran’s continued aggression and nuclear ambitions. They have not lived up to the spirit of their agreement.”

The president appeared to affirm reports that he intends to refuse recertification of Iranian compliance to the Joint Comprehensive Plan of Action, a move that would likely spell the end of the 2015 agreement.

By law, the president must report to Congress on Iran’s compliance with the JCPOA every 90 days.

Failure to recertify Iranian compliance would force Congress to respond within 60 days, either restoring US sanctions on the Tehran regime and likely forcing an end to the deal itself, or moving to alter the sanctions regime. Removal of those sanctions targeting Iran’s nuclear program was a key condition for securing Iranian agreement to the JCPOA.

President Trump has thus far recertified Iran twice, but according to sources in Washington, is now expected to declare Iran in violation of the deal.

Some 180 congressional Democrats signed a letter to the president urging him to recertify Iran’s compliance with the nuclear deal ahead of the October 15 deadline.

Earlier this week we reported that President Donald Trump could announce his decision on the future of the Iran nuclear deal next week.