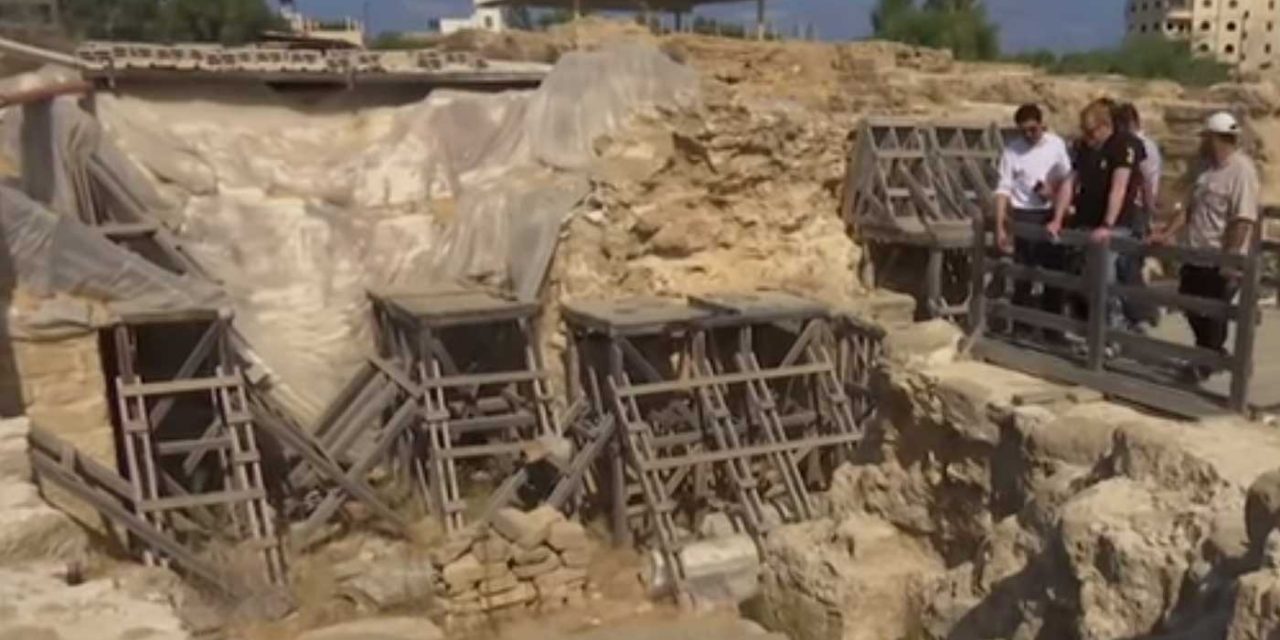 Hamas, the terror group that runs Gaza has ordered diggers to “totally destroy” the 4,500-year-old ruins of a Bronze Age, the oldest archaeological site in Gaza. The city predates Egypt’s pyramids by more than 1,000 years.

Palestinian and French archaeologists began excavating the site nearly 20 years ago, describing the site as an “ancient treasure”. This week, however, video footage from the Associated Press (AP) shows Hamas diggers destroying the ancient site.

over protests that grew recently, Gaza’s Hamas rulers have systematically destroyed the work since seizing power a decade ago, allowing the flattening of this hill on the southern tip of Gaza City to make way for construction projects, and later military bases. In its newest project, Hamas-supported bulldozers are flattening the last remnants of excavation.

“There is a clear destruction of a very important archaeological site,” said Palestinian archaeology and history professor Mouin Sadeq, who led three excavations at the site along with French archaeologist Pierre de Miroschedji after its accidental discovery in 1998. “I don’t know why the destruction of the site was approved.”

Tel Es-Sakan (hill of ash) was the largest Canaanite city between Palestine and Egypt, according to Sadeq. It was named after the great amount of ash found during the excavations, which suggests the settlement was burnt either naturally or in a war.

Archaeologists found the 10-hectare (25-acre) hill to be hiding a fortified settlement built centuries before pharaonic rule in Egypt, and 1,000 years before the pyramids. But the excavations stopped in 2002 due to security concerns.

When calls on Hamas to stop the recent flattening intensified last month, the nearest available expert to gain access to Gaza was Jean-Baptiste Humbert, a Jerusalem-based archaeologist at the Ecole Biblique and who had excavated other sites in Gaza.

“Today the complete southern facade of the Tel is erased,” said Humbert. In previous years, faces and ramparts on other sides were also destroyed. “Now it is destroyed all around,” he said.