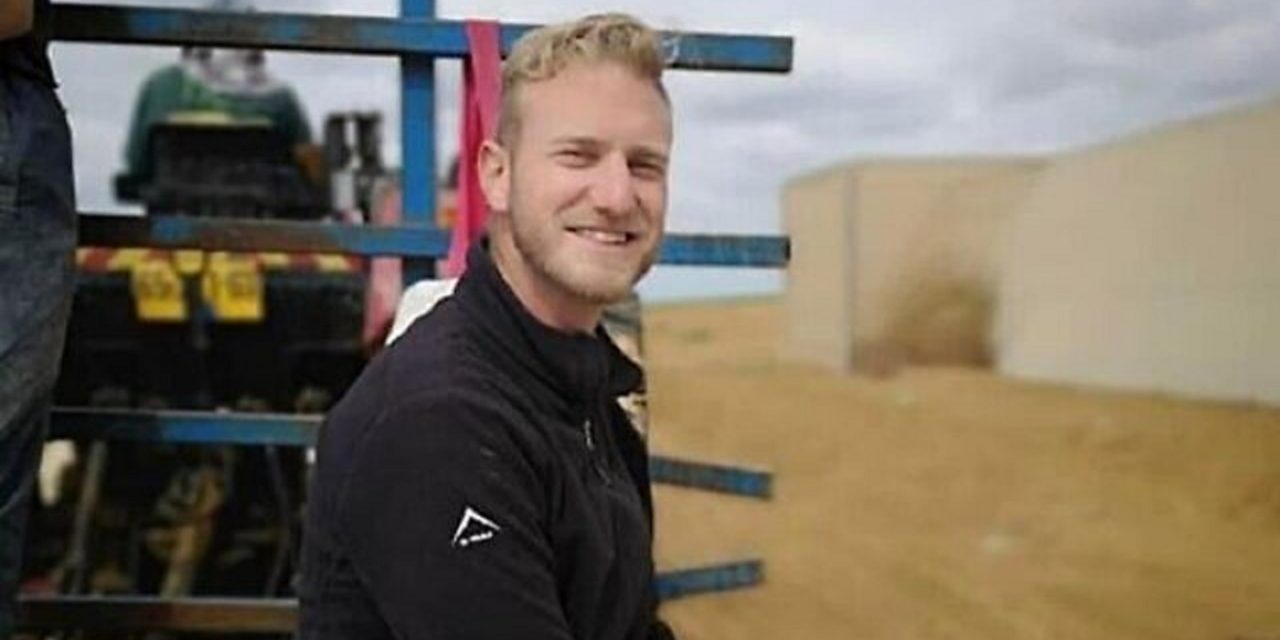 A Western Wall tour guide, murdered in a Hamas terror attack in Jerusalem’s Old City on Sunday, was named as Eli Kay, 26, from the central Israeli city of Modiin.

Four other people were wounded in the shooting, two critically, before the attacker was shot dead by police.

Eli Kay had recently immigrated from South Africa to serve as a tour guide. He had previously volunteered in Kibbutz Nirim for a year and completed service in the Israel Defense Forces in the Paratroopers Brigade, as a lone soldier (the term used for a soldier from a foreign country who moves to Israel without family), until August 2019.

Kay’s fiancee, Jen Schiff, said that “Eli loved this country. He fought for it. He is the strongest person I have ever known, emotionally and physically. He always treated everyone with love and respect.”

“I am shocked,” she said, “It is important for me to share how much Eli loved Israel and how he came here alone to fight for her. He had several injuries in service, and he continued to train. He is the strongest man I know.”

“He was the first to come to Israel from our family,” Kay’s brother Kasriel told reporters,“He was the first to join the army as a combat soldier, and then the rest of the brothers. He gave everything for this country,” he said, adding that the family plans to build something in him memory.

Thousands came to the funeral of Israeli terror victim Eli Kay who was murdered in Jerusalem's Old City yesterday.

The Western Wall Heritage Foundation where Eli worked also paid tribute, saying, “He raised the spirits of everyone. He did his holy work with dedication and loyalty,”

Kay had been walking to work when the Hamas terrorist, who lived in the eastern part of Jerusalem, opened fire.

The four other people wounded in the attack were Rabbi Zeev Katzenelnbogen, a 46-year-old father of eight, who was returning home from morning prayers at the Western Wall.

Also wounded in the attack were Rabbi Aaron Yehuda, who was hospitalised in serious condition, and two police officers, who were lightly hurt and later released.

Rabbi Zeev Katzenelnbogen, a 46-year-old father of eight, wounded in a deadly shooting attack earlier today says he was still wearing his tefillin and tallis when the shooting startedץ pic.twitter.com/T6VKn0b0R1

26 year old Eliyahu Kay was on his way to work this morning in Jerusalem when he was gunned down by a Palestinian-Hamas terrorist.

He was to be married later this year.

Hamas is a threat to Israel, the Palestinians & the entire region.

May Eliyahu's memory be a blessing. pic.twitter.com/zXA6k3oXz0

Prime Minister Naftali Bennett noted that the shooting came several days after a stabbing attack in the Old City, in which two border guards were hurt.

“I have directed the security forces to prepare accordingly and be alert, including over concern for copycat attacks. We need to be on heightened alert and prevent future attacks,” he said.

Defense Minister Benny Gantz praised the police officers’ response, saying they “acted with speed and determination and thwarted a much more severe attack.”

“We’ll continue to fight terror wherever it raises its head,”Gantz said.

This is the brave border policewoman who fought with her bare hands the Palestinian terrorist.

Police say that the attack appeared to have been planned in advance. Hamas claimed responsibility for the attack, saying it was the “price” for Israel’s actions in Jerusalem.