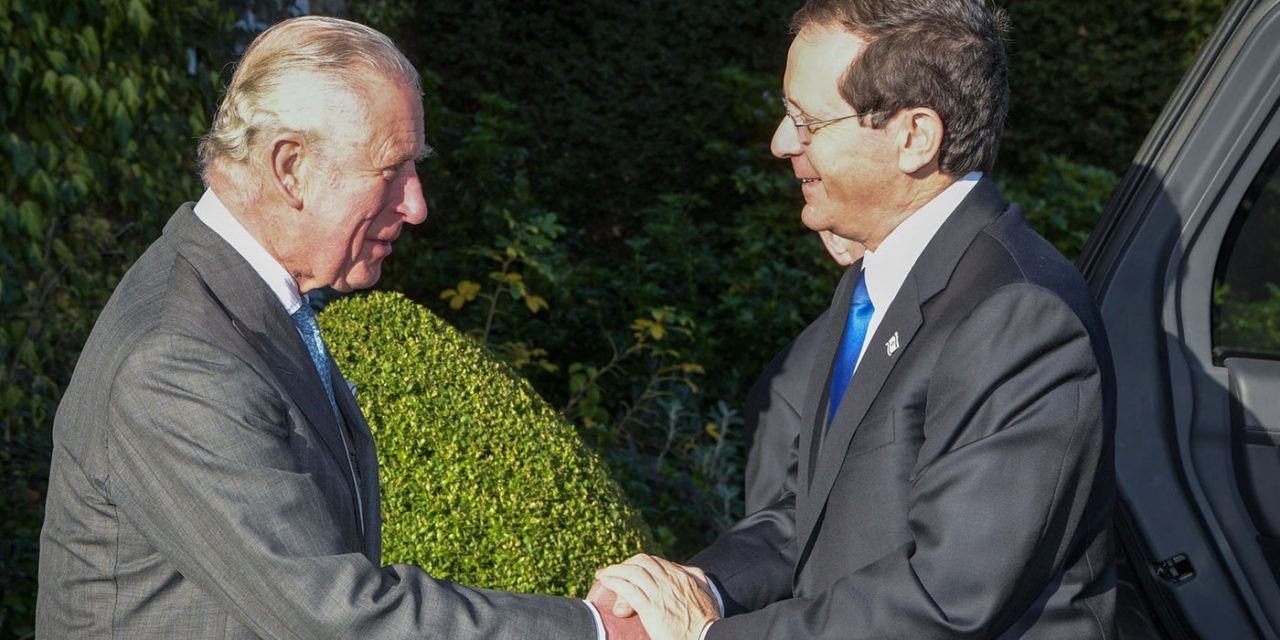 Prince Charles met with Israeli President Isaac Herzog on Monday at his family residence, Highgrove House. The pair discussed a number of topics from the UK-Israel relationship to Holocaust education, and a focus on climate change.

The Prince of Wales has long had an interest in protecting the environment, and who better to speak to than the Israelis, whose ingenuity and technological expertise is helping to change the world for the better.

Importantly, it was an opportunity for the pair to further strengthen the bond that Israel and the UK share with President Herzog thanking His Royal Highness for “his leadership and close friendship with Israel and British Jewry, especially their Holocaust survivors.”

The Royal Family have been great advocates for Holocaust education, regularly meeting survivors and raising awareness in varying forms throughout the years.

President Herzog’s office released a statement following the meeting saying Herzog, “noted that Israel has committed to reaching net-zero emissions by 2050 and has much to contribute to global efforts through its advancement of innovative green technologies.”

Grateful to HRH Prince Charles for the warm welcome to @HighgroveGarden. We discussed the climate crisis and potential for regional cooperation. I thanked him for his leadership and close relationship with Israel and British Jewry, especially their Holocaust survivors. 🇮🇱♻️🇬🇧 pic.twitter.com/HBUW5yPCKh

“President Herzog stressed the great importance that Israel attaches to relations with the United Kingdom and stressed his personal affinity to Britain through his family background, as the son of a Belfast-born British Army major who participated in the Normandy landings and liberation of Bergen-Belsen, and as the descendent of rabbis who served all across Britain.”

Herzog also announces a scholarship at the Hebrew University of Jerusalem dedicated to Prince Charles’ grandmother, Princess Alice, who is buried in Jerusalem. She has been recognized by Yad Vashem for saving Jews during the Holocaust.

“The Hebrew University scholarship for students at the Hadassah-Hebrew University Henrietta Szold School of Nursing pays tribute to Princess Alice’s compassion, deep spirituality, and immense perseverance to help those in need,” the statement said.