UK and Israel sign ‘historic’ agreement, including pledge to work ‘night and day’ to stop Iran 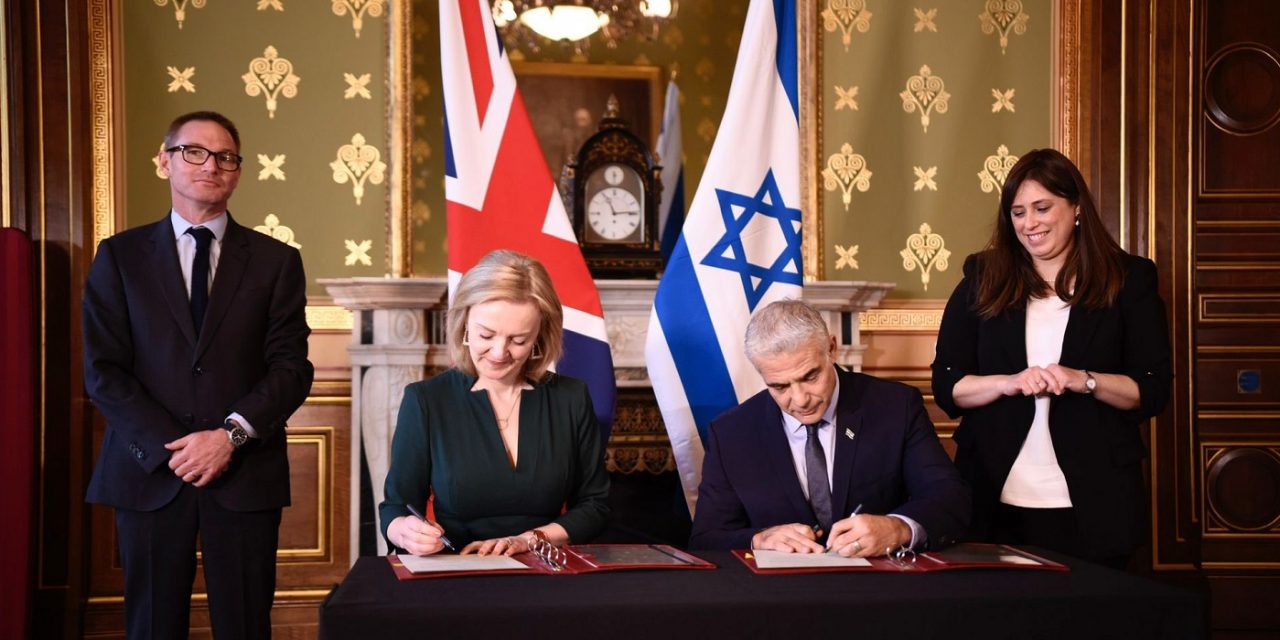 The UK Foreign Secretary Liz Truss has signed a joint “memorandum of understanding” with her Israeli counterpart Yair Lapid  – including a pledge to work “night and day” to stop Iran’s nuclear weapon programme.

The “historic” 10 year plan repeats a pledge Truss made in her speech at the Conservative Friends of Israel party conference reception for closer cooperation between the two nations on cybersecurity, technology, defence, trade and science

In a joint article for Daily Telegraph, Truss and Lapid write on Iran:”We will also work night and day to prevent the Iranian regime from ever becoming a nuclear power. The clock is ticking, which heightens the need for close cooperation with our partners and friends to thwart Tehran’s ambitions.”

Foreign Secretary @TrussLiz and I also signed a memorandum of understanding on strategic cooperation between our countries. This is not only an agreement between close friends, but between two technological superpowers. 🇮🇱 🇬🇧

The pair also used the joint op-ed to condemn “the appalling attacks on Israel and its representatives, from the shooting in Jerusalem last week by a Hamas militant to the unacceptable hounding of Israel’s ambassador Tzipi Hotovely outside the London School of Economics.”

They add: “There is no place for antisemitism around the world.

“That is why the UK has moved decisively to support Israel in this fight by proscribing Hamas in its entirety. The Holocaust Memorial and Learning Centre planned near Parliament will stand as a constant reminder, and answer to the question of why we must stamp out anti-Semitism and hate wherever and whenever it is found.”

Truss and Lapid say there is no greater sign of what “open dialogue can achieve” than the Abraham Accords.