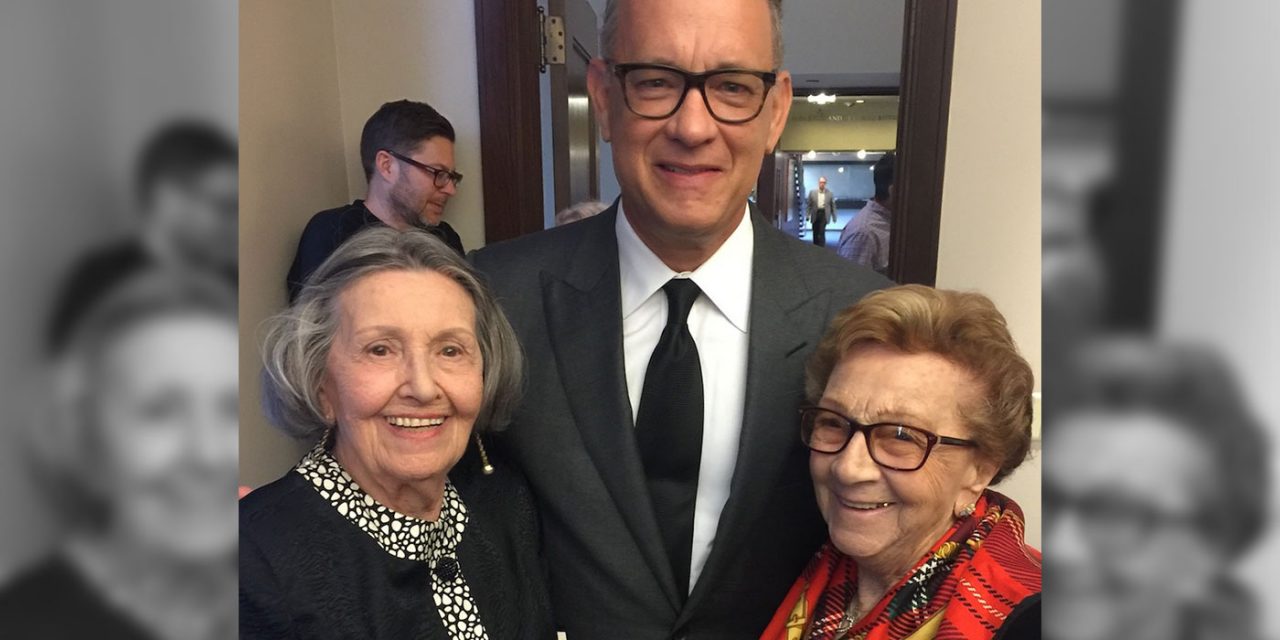 On Tuesday night, Tom Hanks took part in a public reading of Holocaust survivor, Elie Wiesel’s book “Night”. Hanks said the experience was “a very powerful moment” and that he was “really honoured” to take part in it.

Hanks was one of 52 public figures who took part in the special event in remembrance of the Holocaust. Speaking to the Jewish Journal about “Night”, which tells of Elie Wiesel’s experiences during the Holocaust, Hanks said: “As you grow up and learn history, you learn that there’s two versions of the reportage of history. One is scholars, put together a bunch of facts, and stories, and anecdotes and lay them out with an editorial point of view.”

“And then there’s the eye-witnesses’ version of what it is. And not all of them have the writing, none of them are like the poets,  where the sensibility of a greater scope of communication, beyond just what the actual words are, what the circumstances are.”

“And Night, when you finally get around to reading that as a conscious human being,  just adds a dimension of it that is powerful and personal, and you do not have to be a 16 year-old Jew in order to take to it and to understand it. So that’s what it was for me.”

Speaking of his relationship with the late Holocaust survivor, Hanks explained, “I actually knew Elie, I was feted by him at one point, and I had a magnificent lunch.”

“We had lunch at the Friar’s Club in New York City, so everybody stopped by. You know, you meet former comedians, former mayors, actors, and they all want to pop by to say hello to Elie Wiesel.”

“It was magnificent. And we talked a little bit about the specifics of his years in a DP camp, a displaced persons camp, but also we just chatted about art and kids and life and dogs, things like that.”