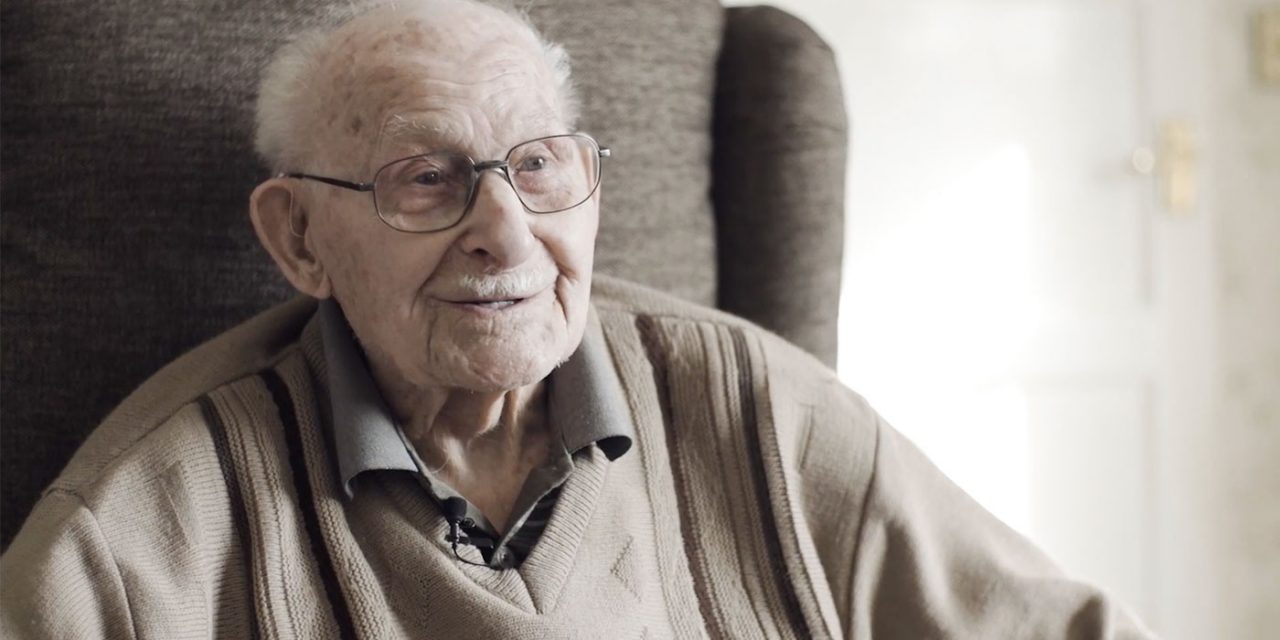 Ron was a prisoner of war in the Nazi death camp while serving in the 1st Battalion of the Welch Regiment during the Second World War.

He was serving in the Middle East as a lance corporal. In 1943, he was captured in Benghazi, Libya and transferred to Italy. After nine months he was transferred once against to E715 – part of the Auschwitz complex – where he was forced to work for two and half years.

“The way the Nazis treated the Jews was horrible. It was like they were less than human,” Mr Jones said in an interview last year.

When they were told that the Nazi’s were gassing and burning the Jews, he said it took him and the men he was with a few weeks to comprehend what was happening.

“We did not know what would happen to us.”

“We thought at one time they would stick us in the gas chamber, the same as the Jews, because it was not just Jews going in, it was Poles, political prisoners, gypsies, homosexuals.”

“We were always frightened we would be next.”

After two years being held in the camp, Mr Jones was forced to join the “death march” of prisoners across Europe in 1945. He finally returned home on the second week of May 1945.

“I remember when I finally got home after five years, my wife Gwladys put me in the bath.

“I looked into her eyes and saw tears rolling down her cheek. I said ‘Don’t cry my love. I’ve come home. I left men out there who will never come home’.”

Mr Jones is now known as “Britain’s Oldest Poppy Seller”. He has been collecting for the Poppy Appeal since 1981, and spends a fortnight a year selling poppies in Newport.

“The poppy means everything to me. The Legion was there for all my mates who returned home from World War Two and needed help,” he said.

“And today the Legion is still there to help all the boys and girls who come back from wars in Afghanistan and Iraq.

“It’s important everyone wears a poppy to remember what other generations went through for them.

“Me and my mates were marched from Auschwitz for 900 miles across Europe before we were freed by the Americans.

“We were marching for four months, in freezing conditions. I watched more than 100 of my comrades die on that march.

“People need to remember what has gone before them and the sacrifices made.”

“It’s not just about remembering my generation, the Legion is here for all generations of the armed forces community, and it’s important to remember there’s a new generation that needs your support.”

Watch Ron giving his full story to a school in 2014: