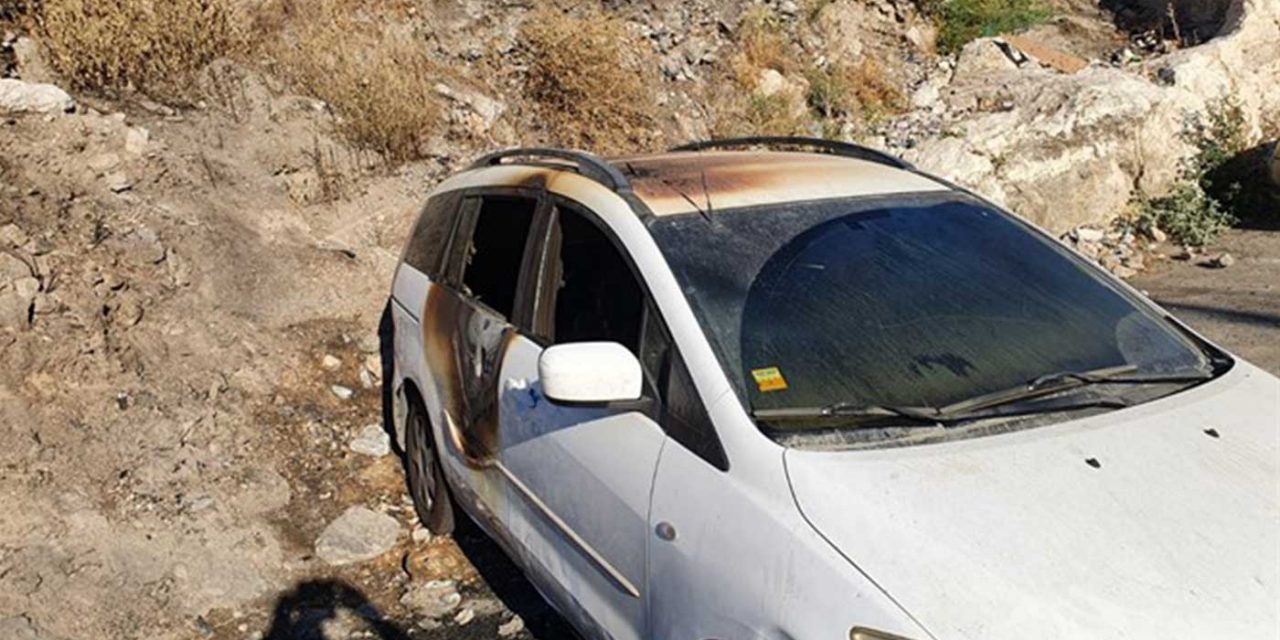 On Wednesday night, three teenage boys were attacked by Palestinians simply because they were Jews driving in an Arab village.

The incident happened when the teens drove from the Barkan neighbourhood to the Israeli town of Gav Hahar taking a shortcut through the Palestinian village of Jamma’in.

There are main roads that connect Israeli towns in Judea and Samaria (the West Bank), but the teens sought a shortcut to cut down their travelling time. This was a big mistake as there was a festival in the village that meant many people were outside and when they noticed the three teens were Jews and a large number of Arabs started to attack the car. The teens fled but were pursued by a number of vehicles who rammed them off the road just as they rejoined the main highway.

As the Arab mob attacked, one of the teens was badly injured while two were able to flee and hide in the hills.

A large IDF security team along with paramedics arrived shortly after the incident where they dispersed the crowd and treated the wounded teen, evacuating him to a hospital in Petah Tikva.

Security forces searched for the two youths who had fled but were unable to locate them and feared they had been abducted.

Fortunately, the teens were located in the early hours of the morning, exhausted after hiding on the slopes outside another settlement fearing the mob would find them.

“This morning, the three boys were in shock at hearing that the mob that attacked them and tried to murder them was now accusing them of being part of a price-tag operation,” said the father of one of the youths, who was among those searching for his son all night.

“The boys were travelling to Barkan and turned left onto the Jamma’in road, which a lot of people use as a shortcut to Gav Hahar. Most likely due to the Arab festival that was being celebrated, the streets were full of people even at that late hour, and they realized they were Jews. They only escaped being lynched by a miracle and thank G-d they managed to flee. We are helping them and supporting them and we hope they’ll be fine.”

A team of lawyers is said to be working with the teens to bring those responsible to justice.

It’s hard to understand the hatred of those who attacked these teens, but sadly it’s all too common that Arab mobs, seemingly with no association to terror groups, are stirred up to carry out violent attacks against innocent Jews simply because they are Jewish. There can never be peace between Israel and the Palestinians when this violent hatred is expressed from those in Palestinian leadership all the way down to Arab villagers in the Judean hills.