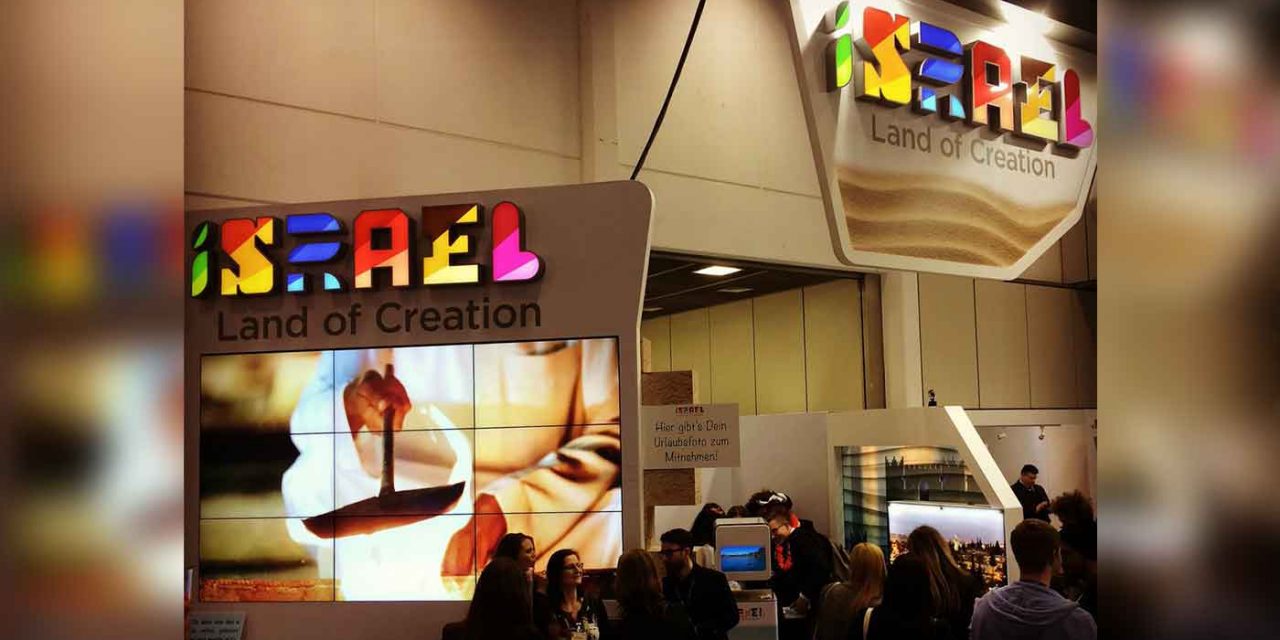 The Israeli stand at the tourism fair sported the logo “Israel, the Land of Creation.” On seeing this, the three guards yelled, “Free Palestine” and “Freedom for Palestine,” whilst waving Palestinian scarves. Police were called and removed the men. They were later suspended from their jobs.

“There was a verbal altercation,” Emanuel Höger, press spokesman of the ITB’s venue, Messe Berlin, confirmed in a statement on Friday. “As a result, the employees of the Israel stand called the police, who escorted the disrupters from the trade fair grounds.”

“We regret the incident greatly,” Höger continued. “The safety of all exhibitors and visitors is the highest priority. The three employees of the security service of one of our external contractors were yesterday banned from the venue and from service.”

A Berlin police spokeswoman confirmed that all suspects were Berlin-born German citizens of “migrant background”. She also said that no charges had been pressed and that there was no criminal investigation. She said two of the men were aged 19 and one was aged 21, but could not say whether the men were of Palestinian background.

When police are called to rescue Israelis from professional security guards who are supposed to be protecting them, there is clearly something amiss. Berlin officials have repeatedly drawn attention to the presence of young men who work for security companies who have contact with criminal gangs and radical mosques.

Note: The above picture is for illustrative purposes only.