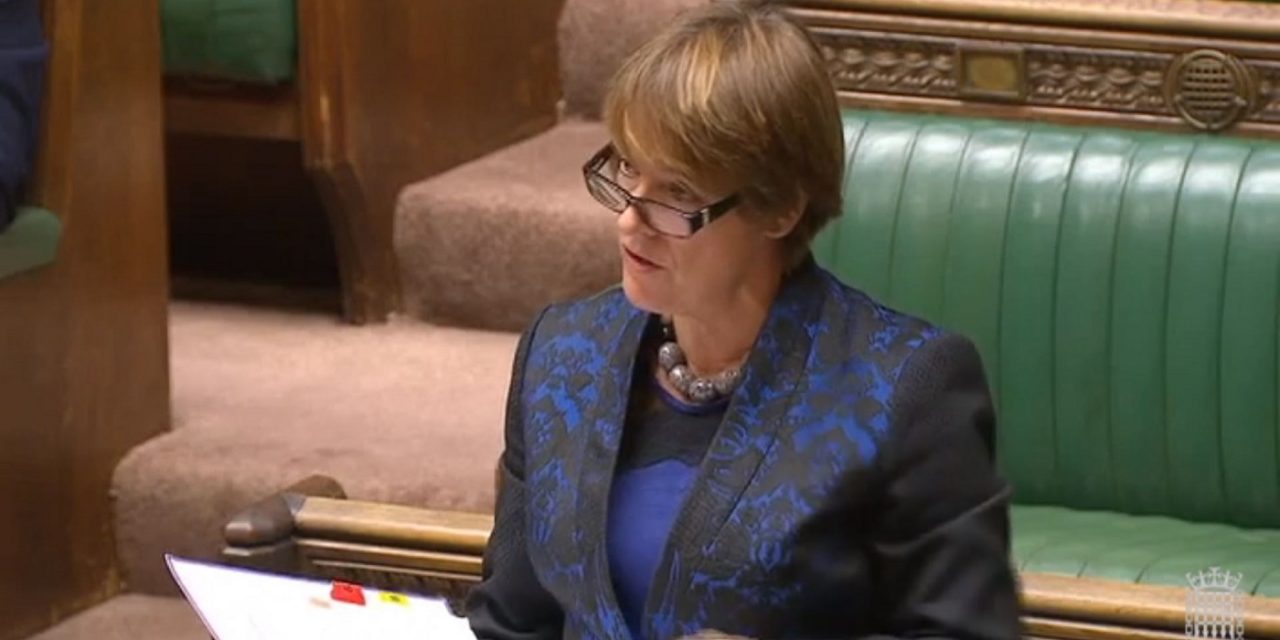 CUFI has co-sponsored a letter to Dame Caroline Spelman MP after she gave a seriously misleading answer about the recent tax protest by the Church of the Holy Sepulchre.

In response to a question from Eddie Hughes MP on 8 March in the House of Commons, Spelman failed to mention that the famous Jerusalem church was closed by church leaders in protest, thus implying that the closure may have been made by the Israeli or Jerusalem authorities.

Hughes asked Spelman, who represents the Church Commissioners, what discussion the Church of England has had with the leaders of other Christians Churches on the “closure of the Church of the Holy Sepulchre in Jerusalem”.

Spelman replied, “The Church of the Holy Sepulchre has reopened following three days of closure which left pilgrims and visitors praying in the square outside. The dispute was over a new tax policy and proposed land expropriation law.”

“On the 5th of March, the Archbishop of Canterbury and the Cardinal Archbishop of Westminster wrote a joint letter to the Israeli Ambassador in the UK, to say that both Churches believed ‘the measures being pressed in Jerusalem and in the Knesset, were a clear and evident threat to the status quo and that this risked undermining prospects for peaceful coexistence between communities, at a time of already heightened tensions.’ Specifically, that, ‘the new policy would cause serious damage to the Christian presence in Jerusalem, to Christian families, and to the Christian institutions, including hospitals and schools, which serve many of the poorest people, regardless of their background.”

The Church of the Holy Sepulchre, like all religious sites in Jerusalem, is exempt from paying taxes. This would not have changed under the new plan by the Jerusalem municipality, which sought to tax only commercial property, such as hotels and other businesses, belonging to the church. However, this was not made clear in her statement.

As previously reported  by CUFI, amid the dispute was an anti-Israel tone in which church leaders in Jerusalem called the decision an “attempt to weaken the Christian presence in Jerusalem”, a “systematic campaign of abuse against churches and Christians” and compared the city’s plans with that of antisemitic laws that Jews experienced in Europe.

The following letter has been sent from Michael McCann of Israel Britain Alliance and co-sponsored by CUFI along with a number of other pro-Israel groups.

We are writing to you in your capacity as Second Church Estates Commissioner in Parliament.

On 8 March you responded to a question from Eddie Hughes MP regarding the closure of the Church of the Holy Sepulchre in Jerusalem.

We are concerned that the answer that you provided to Parliament was not accurate.

First, your answer did not explain that the church was shut down by the church authorities.

Neither the Jerusalem municipality, nor the Israeli government had anything to do with that decision.

Second, you claimed that the closure was a dispute over a new tax policy and land expropriation.

Your reference to a new tax policy was correct but had no context.

The new tax policy was a proposal by the municipal Jerusalem authorities, who don’t believe that they are getting enough money to run their city, much like the debates that we have in our own country about the council tax.

We wouldn’t expect the Knesset to get involved in a debate about taxation in London, Manchester or Glasgow, would we?

Third, the issue that you described in your answer as ‘land expropriation’ is an internal disagreement inside the Greek Orthodox Patriarchate (GOP) about church land sales, found in the Israeli courts to be entirely bona-fide, dating as far back as 2004.

Moreover, objective political analysis of this problem is that the GOP manufactured this dispute to take attention away from those internal financial issues.

As a result, many observers have slipped, wittingly or unwittingly, into the GOP narrative.

Finally, your answer, given on 8 March, failed to mention that it was the Prime Minister of Israel, Benjamin Netanyahu, who intervened on 27 February to mediate and propose a way forward on these issues and that the Church of the Holy Sepulchre was then reopened by the church authorities.

Contrary to what you suggested to Parliament it is the GOP church authorities who undermined peaceful co-existence, not the Jerusalem municipality or the Government of Israel.

We will be contacting the Archbishop of Canterbury and Cardinal Vincent Nichols who have made similar inaccurate comments.

Meantime, can you please confirm to us what steps you will take to correct the record in Parliament?

This letter has been copied to Eddie Hughes MP (Walsall North), who asked you the original question on this matter on 6 March.

Luke Akehurst – We Believe in Israel