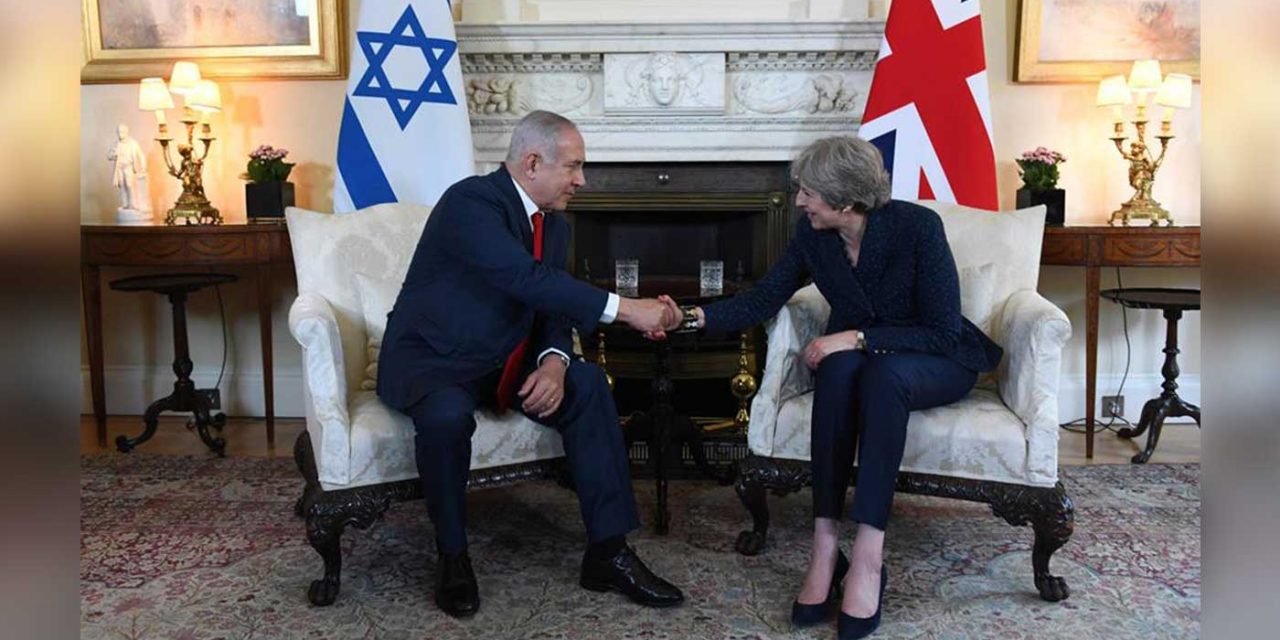 In a special 70th anniversary edition of Conservative Friends of Israel’s Informed magazine, the Prime Minister praised Britain’s role in the creation of Israel, in particular through the Balfour Declaration.

In the article, she praised Israel as “a thriving democracy and global leader in areas such as scientific research, medicine and education”. And said the UK is “proud” to stand “side by side” with our ally Israel.

The Prime Minister noted the key events Israel has celebrated this year including the first Royal Visit to Israel by Prince William, the 70th anniversary of Israel and last year’s centenary of the Balfour Declaration.

May also praised the record levels of trade between the UK and Israel and said, “As the UK looks to embrace the opportunities that will exist after Brexit, I want to strengthen our trading relationship with old friends like Israel even further.”

Theresa May addressed the issue of anti-Semitism, saying:

“The State of Israel was created in the aftermath of the worst atrocity in human history. The Holocaust showed the world where the evil of antisemitism could lead if left unchallenged. Today we must relearn that lesson. We have all watched with horror as antisemitism and racism have gained a foothold in a major British political party in a way that some of us never thought possible.

As Conservatives, we must stand united with the Jewish community and be clear that antisemitism has no place in our society and we will never tolerate it. Jewish people living in the UK should feel safe and secure and not have to worry about leaving their own country.

That is why I was the first world leader to adopt the International Holocaust Remembrance Alliance’s definition of antisemitism; it is why the Government is providing funding to ensure the security of Jewish faith schools, synagogues and communal buildings; and it is why the UK’s new Holocaust Memorial and Learning Centre will stand next to the Houses of Parliament in the heart of our nation’s capital city as a permanent reminder that the horrors of the past must never be repeated.”

Theresa May concluded the letter saying she is “proud of the close relationship between our two countries”.