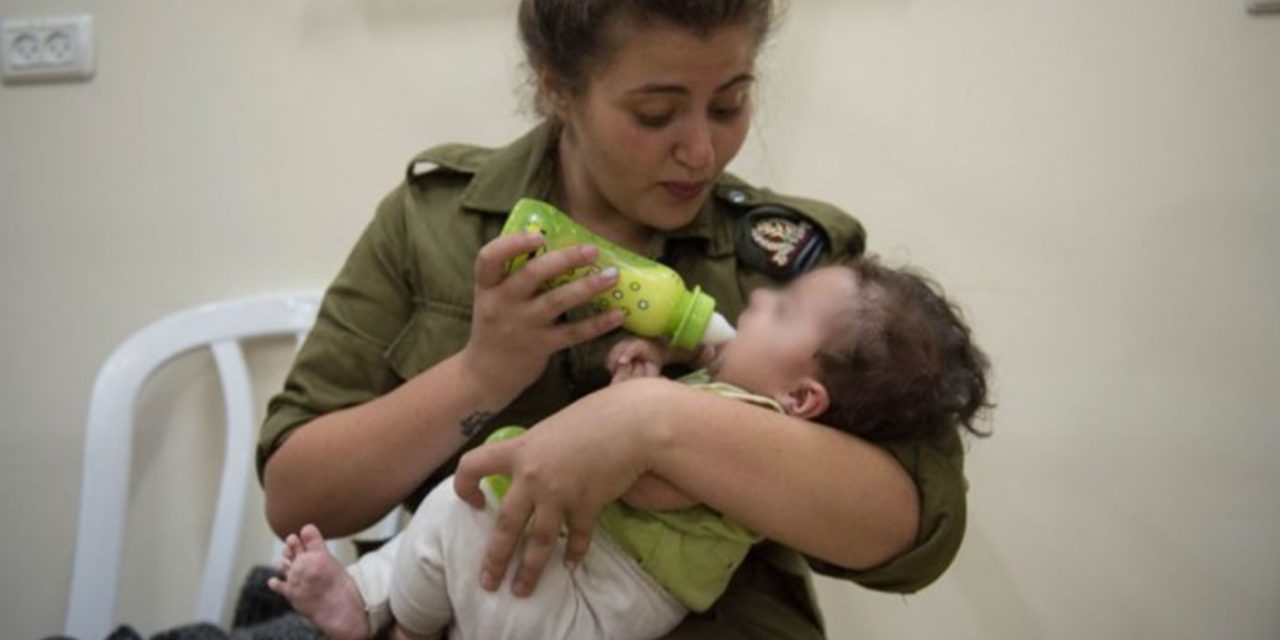 On 7 February 2013, seven wounded Syrians approached the border of Israel. Israeli troops guarding the border realised they needed medical treatment and brought them in, transporting them to a hospital in northern Israel.

Over time, as the crisis in Syria worsened and as rebels took over the Syrian portion of the Golan Heights, many more needy people came to Israel’s border for assistance. The Israel Defence Forces (IDF) quickly realised the ongoing need and launched Operation Good Neighbour, a mission of compassion for the people of Syria.

At first, it started with medical teams on the border, with severely wounded people being transferred into Israel to awaiting hospitals. Eventually, the IDF established a field hospital named Mazor Ladach, which translates into English as “bandaging those in need”. This was located in an uninhabited military post in the Golan Heights on the border between Israel and Syria. This field hospital was used to treat up to 500 Syrians per day with around 5,000 patients being transferred to hospitals inside of Israel if they required more extensive medical treatment.

To help cope with their ongoing needs, in 2016, the IDF began facilitating the construction of two clinics within Syria itself. Israel organised their construction and provided the building materials. They also kitted the hospitals with the medical equipment needed to run effectively. Both facilities are staffed by Syrian medical teams that receive funding from international charities. They will give ongoing support to 80,000 Syrians living in the area.

Operation Good Neighbour’s primary focus was on medical aid, however, Israel has also helped to alleviate other issues for needy Syrians also. Whilst there were no reports of mass starvation in that particular part of Syria, there have been shortages for certain foods. In response, Israel provided several hundred tons of flour, cooking oil, sugar, salt, canned and dried foods, twelve-thousand cases of baby formula and tens-of-thousands of diapers (nappies) and more each year. Israel also donated cars and donkeys to Syrian communities to help with transport and farming.

Critics of the Jewish state often accuse Israel of using events like this for media attention in an attempt to “trick people into thinking Israel is good”. The reality is that Israel is good. And far from promoting this work, the IDF kept Operation Good Neighbour secret for more than three years until finally revealing it in June 2016, updating the media every few months on progress.

It is interesting to note that Israel has done all of this to help the Syrian people, yet Israel and Syria are technically at war with each other. Israel is viewed as an enemy by Syria, yet it has assisted the Syrian people more than their close allies in the region.

This leads us on to one of the most special parts of Operation Good Neighbour, the way in which it has transformed the attitudes of Syrians towards Israel.

Early on the IDF established that they wanted to welcome Syrians into Israel in a way that showed they cared for them, to break down any barriers that may be there. One way they did this was for the children who had pre-existing medical conditions. Each week dozens of children, accompanied by their mothers, would come to the border and the Israeli soldiers would transport the families in buses to a waiting facility where they were greeted with a breakfast and refreshments and some playtime for the children before being taken to Israeli hospitals for treatment.

In addition to being helpful for obvious nutritional reasons, this welcoming breakfast served a more important function: showing the Syrians that the Israeli soldiers were not monsters.

“They teach us that Israel is the country that hates us the most,” a Syrian woman who had received treatment said. “We came and saw with our own eyes what they are giving us here. Israel is everything to us as a result of what it is giving us.”

“Israel is the only country that has done something like this with the Syrians,” a wounded Syrian man who had been brought to Israel for treatment said. “Israel is the friend of the Syrian people, a humanitarian country.”

“In this difficult situation Israel stood by our side, helped us with everything that we need,” another Syrian woman told the press. “We very much respect the people in Israel”.

All the identities of the Syrians that Israel assisted are kept private for safety concerns as each one is returned to Syria after their treatment has come to an end. In terms of the children’s reaction, though, many Israeli soldiers reported being given pictures from the children and the children themselves wanting to draw the Israeli flag, because they saw the flag as a symbol of good that was helping them get better.

The IDF says that turning hearts away from hatred was not a goal of the operation, but an unintended (and highly valued) consequence of their actions. No one knows what the future holds between Israel and Syria, but the actions of Israel today in helping Syrians could be planting the first seeds to repairing the relationship between the two countries. There is no doubt that the Biblical lesson of treating your neighbour as yourself will bear fruit.

Operation Good Neighbour came to an end in September 2018. The Syrian army has now retaken the Syrian section of the Golan Heights from rebel fighters. Israel is hoping that the Syrian government will now be in a position to care for their own people more effectively and the clinics that Israel has built in Syria are designed to provide for the people of Syria for many more years to come.

There is no doubt that if the needs of the Syrian people rise once again, Israel will be the first to help. After all, Israel is a good neighbour.