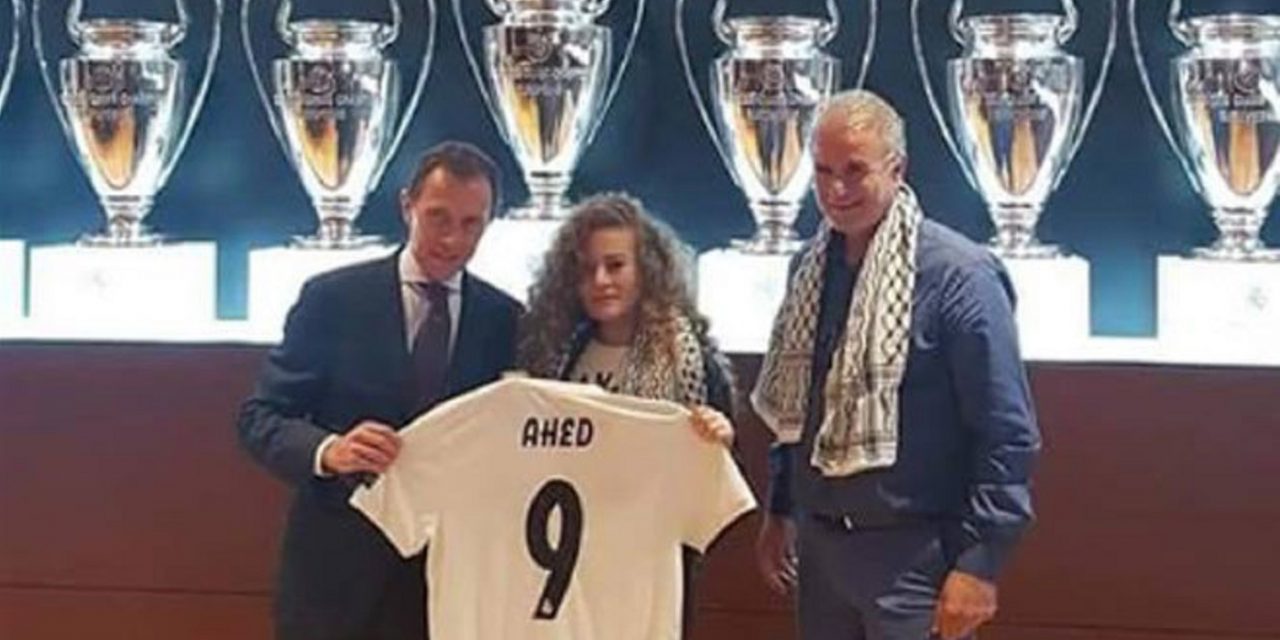 Spanish footballing giants Real Madrid have been called ‘shameful’ after it welcomed Palestinian teenage activist Ahed Tamimi to its stadium ahead of Saturday night’s Madrid derby.

The teen was sentenced in March to eight months in prison after pleading guilty to four counts of assault, including the one in which she slapped a soldier in front of her house that was videotaped and went viral on social media.

Her mother was also jailed for incitement for filming her daughter with a mobile phone camera calling on her fellow Palestinians to stab Israelis, throw rocks at them and offer themselves as suicide bombers in order to “liberate Palestine” and posting it on social media. The pair were released early, in July.

Welcoming her to its Santiago Bernabeu on Saturday, ahead of their match with local rivals Atletico Madrid, the team presented her with a Real Madrid jersey with her first name printed on the back.

Spanish Ambassador to Israel Daniel Kutner also criticised the club’s reception of Ahed Tamimi. “Ahed Tamimi is not a peaceful fighter but a defender of violence and terror. The institutions that received her and celebrated her indirectly encourage aggression and not the dialogue and understanding that we need,” he said in a tweet.

Accompanied by her father, the visit, preceded by a visit to France, included several political events where Ahed was scheduled to speak on “the Palestinian resistance movement” and her experiences in Israeli prison.