Theresa May threatens to withhold millions from UN unless it reforms 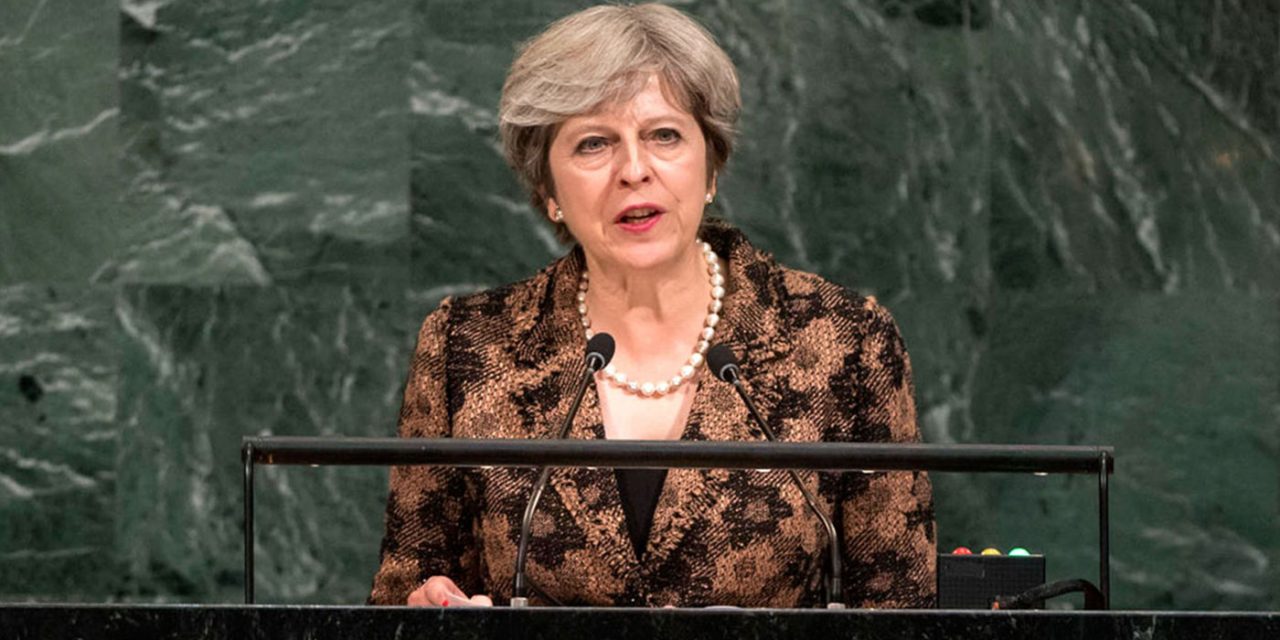 In her speech at the United Nations General Assembly yesterday, Theresa May threatened to withhold 30% of the UK’s annual donation to the UN and urged the global body to reform.

Theresa May said that the United Kingdom was “the second biggest funder of the UN” and that it would “remain generous in our funding but set aside 30% to be paid only to those parts of the UN that achieve sufficient results.”

This means that the United Kingdom, currently gives £90 million every year to the United Nations, now withhold 30% of that money (£27 million) and will only give it out to UN bodies that achieve “sufficient results”.

The United Kingdom will now effectively be means testing the UN to see if it is worth the UK’s investment. It also echoes words from President Trump who said that the United Nations needed to be tested to see if it was “good value for money”.

Before she made this threat, Mrs May called for reforms at the United Nations, again echoing statements made by US President Trump and also Israel Prime Minister Netanyahu.

May stated: “If this system we have created is found no longer to be capable of meeting the challenges of our time then there will be a crisis of faith in multilateralism and global cooperation that will damage the interests of all our peoples.”

“So those of us who hold true to our shared values, who hold true to that desire to defend the rules and high standards that have shaped and protected the world we live in, need to strive harder than ever to show that institutions like this United Nations can work for the countries that form them and for the people who we represent.”

“This means reforming our United Nations and the wider international system so it can prove its worth in helping us to meet the challenges of the 21st Century. And it means ensuring that those who flout the rules and spirit of our international system are held to account, that nations honour their responsibilities and play their part in upholding and renewing a rules-based international order that can deliver prosperity and security for us all.”

In what Sky News described as “quite a stinging remark”, Mrs May said “We should acknowledge that throughout its history the UN has suffered from a seemingly unbridgeable gap between the nobility of its purposes and the effectiveness of its delivery”.

Time will tell whether these words will be put into action, but at least Theresa May is making steps in the right direction to hold the United Nations to account for its failing actions.

Let’s hope the UK can stand strong against the United Nations and that the combined efforts of the UK and our key allies can bring about much needed reforms at the UN.