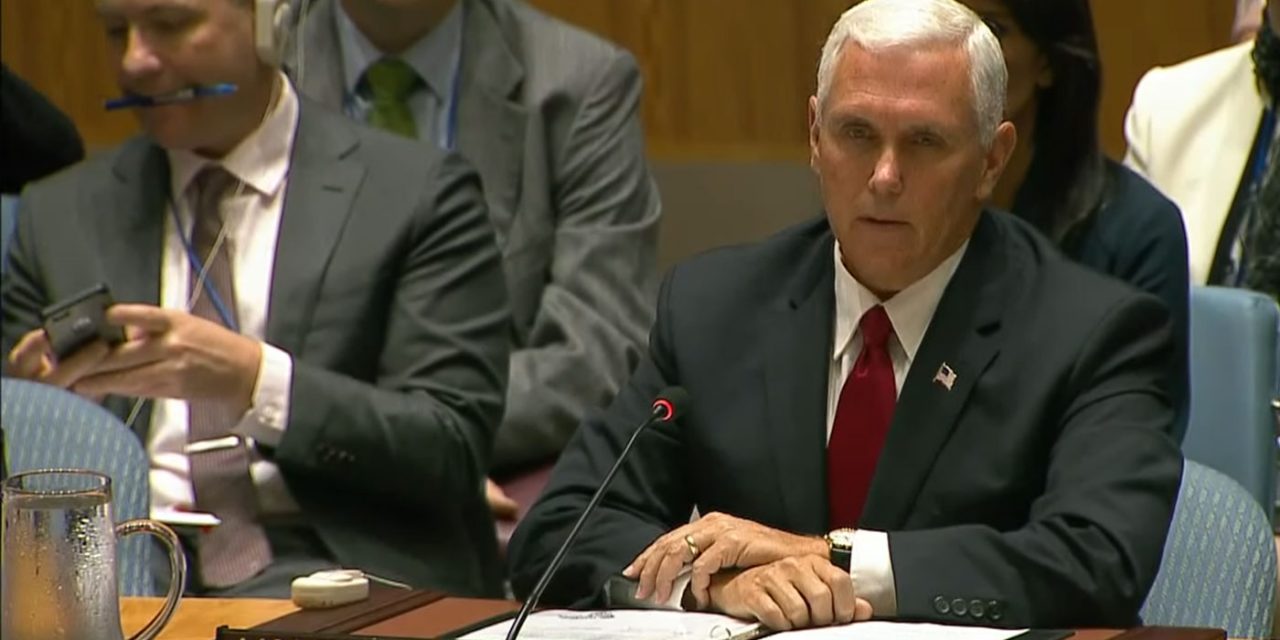 Here is a snippet of what Vice President Pence said (with highlights of some of the best bits) and below is the video of the full speech he made:

“The United Nations is bound by its charter to foster international cooperation in promoting and encouraging respect for human rights and fundamental freedoms for all. That was the purpose under which the UN Human Rights Council was formed. But the truth is the Human Rights Council doesn’t deserve its name.

As we look at the membership of the council today, we see nations that have betrayed these timeless principles on which this institution was founded. Today the United Nations Human Rights Council actually attracts and welcomes many of the worst human rights violators in the world. A clear majority of the Human Rights Council members fail to meet even the most basic human rights standards.

The council’s agenda item 7 actually singles out Israel for discussion at every single meeting. Something no other country must endure. As evidence the Human Rights Council has passed more than 70 resolutions condemning Israel while largely ignoring the world’s worst human rights abusers.

Under President Trump the United States of America is firmly committed to the cause of human rights.”

Note: The above wording is from around 7 minutes into the video below, but he also says good things before that.