The Scottish missionary who died saving Jewish children in WWII 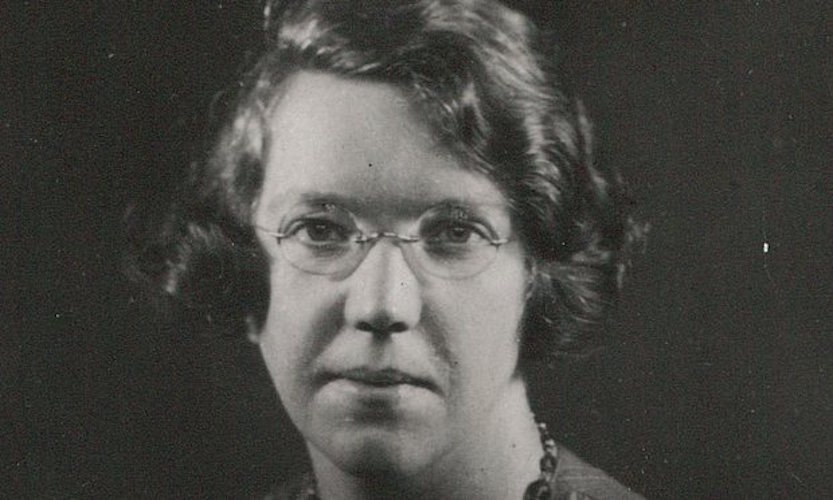 Haining, a Christian missionary who spoke fluent German and Hungarian, moved from Scotland to Budapest in 1932 to work as a matron at a church-run school that provided a safe haven for Jewish children, many of whom were orphans.

The Nazis had her under surveillance, but despite that, she managed to keep the girls safe for four years until one day she caught the cook’s son-in-law eating food intended for the girls. After being scolded, the boy betrayed her and went to the authorities.

Two Gaestapo officers came to arrest her and she was accused of eight offences, including, working among Jews, crying while sewing yellow stars onto her children’s uniforms, listening to the BBC and sending parcels to British prisoners of war, which both accounted to her being accused of “British espionage”.

After a short time in prison Jaine was sent to Auschwitz. She arrived in the camp in March 1944 and by October she was dead, along with some of the girls from the Jewish Mission School who had been sent with her.

According to her death certificate, she died of “cachexia following intestinal catarrh”, however, it is thought that she was killed in a gas chamber. She was 47 years old.

One of the girls who Jaine cared for, but was not sent to the camps, recalled, “I still feel the tears in my eyes and hear in my ears the siren of the Gestapo motor car. I see the smile on her face while she bade me farewell. I never saw Miss Haining again, and when I went to the Scottish Mission to ask the minister about her, I was told she had died. I did not want to believe it, nor to understand, but a long time later I realised that she had died for me, and for others. The body of Miss Haining is dead, but she is not alone, because her smile, voice and face are still in my heart.”

Jaine’s story has been brought to life once again when her will was discovered recently in a box in the Church of Scotland World Mission Council’s archives in Edinburgh.

The Rev Ian Alexander, secretary of the Council, said: “Jane Haining was a matron in the girl’s home of the Scottish Mission and her story is one of heroism and personal sacrifice.

“The most poignant discovery is her last will and testament which says ‘to be opened in the event of my death’ and dated July 1942.

“It states, in her own handwriting: ‘I, Jane Mathieson Haining, being in my right mind, do hereby with my own hand give directions for the disposal of my possessions in the event of my death.’

“She lays out what her legacies are to be and who is to receive her wireless, typewriter, fur coat and watches.

“It is a wonderful document and tremendously exciting to have something that Jane Haining herself has written. It gives a sense she was fully aware of the risks she was taking.”

This true hero of the faith knew that she was risking her life for these children and she did all she could to protect them. Her sister, Nan O’Brien, wrote some time later, “It was no surprise that she refused to come back. She would never have had a moment’s happiness if she had come home and left the children.”

Jaine is described as a Christian martyr by the Church of Scotland and was awarded a Hero of the Holocaust medal by the U.K. Government in 2010. She has been dubbed “Scotland’s Schindler” and has also been recognised as “Righteous Among the Nations” by Israel’s Yad Vashem holocaust memorial, the only Scot to receive such an honour.

What a blessing it is that her will was found so that her story could be retold once more. Praise the Lord for the life and work of Jaine Haining.